How the "Anti-Vaccine" Movement Threatens Us All 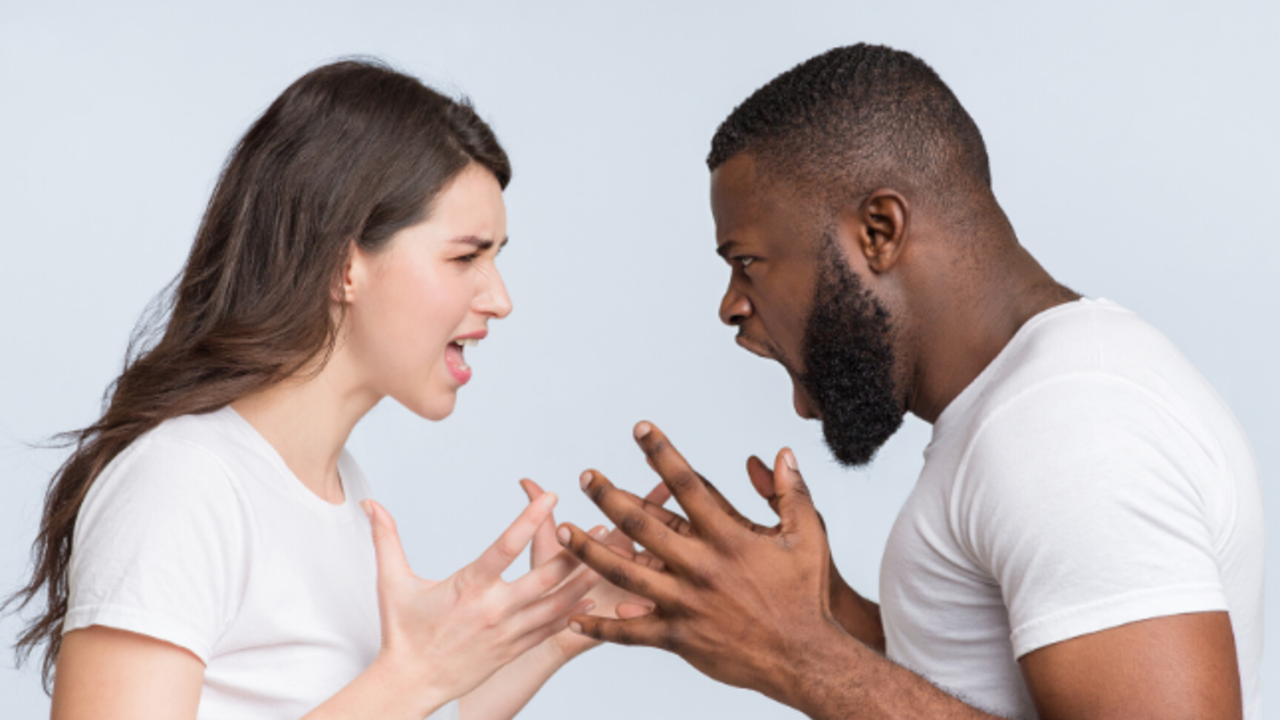 This post was originally found on Fearless Parent, and has been shared here courtesy of Louise Kuo Habakus.

Step back and take a good look. It’s a full blown, parent on parent brawl. I’m struck with an urgency that the vaccine discussion is perilously off track and acutely needs correction. The anti-vaccine controversy isn’t really about disease, public health, science, autism, or chronic illness. It’s not even about vaccines.

It’s about the role of government in our lives

As parents face off and hurl epithets, colossal special interests are having a field day codifying a set of laws that are systematically and comprehensively taking away our fundamental rights. It’s a massive overreach.

Will you grant government bureaucrats carte blanche to define and ultimately direct the education and welfare of your children across a broad spectrum of issues, and to allow your children to be taken away if you do not comply?

Yes, that’s exactly what this is about.

So stop saying whether you vaccinate

It doesn’t matter. And acting as if it does is a big part of the problem. Whether you choose all, some, or no vaccines, it’s way past time to quit publicly disclosing your family’s personal medical information as a badge of honor. Just because other people are asking doesn’t mean that you should do it.

There are myriad reasons that factor into each family’s decision, relating to matters that are simply no one else’s business. You shouldn’t have to explain or justify any of them. You shouldn’t open yourself to the possibility of needing to explain or justify any of them. It’s entirely feasible to have an educated and thoughtful discussion on vaccination without oversharing. In fact, it’s probably more effective that way.

For a bit of context only. Should couples with a family history of Down’s syndrome be permitted to have children? Should people reveal blood test results that provide a very early warning of Alzheimer’s? Or how about genetic markers whose expression will make you a less desirable employee, mate, or insurance risk? And so on.

This is precisely the point. If we don’t treat this critically important decision as the intensely private affair that it is, then we co-create a culture in which it’s legitimate, then appropriate, and ultimately imperative for others — bureaucrats, doctors, schools, employers, reporters, neighbors — to ask and then tell us what we must think and do.

I’m definitely not saying we shouldn’t talk about vaccination. It’s very clear that this topic needs to be discussed a lot.

Let’s cultivate the knowledge, discipline, and mastery to talk about vaccination responsibly. This means doing the work to be in possession of the facts. Don’t exaggerate or wing it. Present the issues as someone who can stand in another’s shoes. Speak in a manner that is as calm and unemotional and even detached as possible. Don’t proselytize. And in the end, if necessary, agree to disagree.

This requires far more than just “book” learning. For many of us, it means a commitment to work on ourselves and to step away from activism as a form of therapy. Because, let’s face it, when the conversation gets tough, it’s far easier to say what we do and walk away and allow that to be the ultimate line in the stand.

Announcing whether you vaccinate sets the entire stage.

Parents judging parents is high drama. Parents feel sorry for those who aren’t doing their own research. Other parents, in turn, pity those who are looking for something to blame. None of us has the big picture. We are all actors, playing into a narrative. But it’s more than a narrative. It’s a play. It’s theater. And like most forms of popular entertainment, there’s a purpose.

It’s meant to distract the masses. That’s all of us, people.

We seemingly understand our roles and deliver them with brio. But have we really thought it through?

What are the other roles?
It’s not our stage.
It’s not our script.
There are actors and directors we never see.
Who are the producers?
Do we agree with the moral of the story?

And here’s the kicker. The whole thing wouldn’t work without our participation. We aren’t just complicit. We’re indispensable. We’re on set and the cameras are rolling. We’re advancing someone else’s agenda.

It’s all enabled by the belief that we must share a private decision.

Every single person who declares that there’s something more to vaccination than meets the eye is unceremoniously dropped into the “anti-vaccine bucket.”

We become attached to the inevitability that, one day, everyone will understand the wisdom of our bucket.

We are perplexed by people who aren’t in the bucket… the many parents with no urgency to investigate before dutifully trudging to the pediatrician with their infant, baby, toddler, child, or teenager in tow and doing as they’re told by the CDC and the American Academy of Pediatrics. How can they not explore the science that links vaccines and their ingredients to chronic, autoimmune, or neurodevelopmental disorders, which already affect half of US children?

Many of these “no research” parents and their children are important to us — family, dear friends, loved ones. We venture outside the bucket to recruit and teach them. But most won’t give us the time of day here. They won’t read the books we recommend; watch the movies and docuseries we want to share; or attend the events we beg them to consider. Some threaten to take drastic measures if we don’t shut up. We’ve lost precious relationships over this issue.

It makes us sad. Maybe we get frustrated or angry. We may even feel that their unwillingness to engage in this issue is now threatening our own families’ well-being. And, hey, some of these people are, gasp, actually in the bucket but pretend they’re not. That’s not right! Silence isn’t neutrality. It’s tacit approval.

But what can we do? We can’t enter another person’s will or change her path. It’s a relief, in a way. Live and let live. No one agrees on everything. No family is an island, after all. Better to quietly take an exemption and allow the movement to grow organically. Trust the unfoldment. We go back into the bucket and do our own thing.

Backdrop #3: The masses tune out

This is a messy debate with exceptionally high stakes involving all parents and our children plus the federal government, 50 state governments, the pharmaceutical industry, the American Academy of Pediatrics, the American Medical Association, thousands of medical doctors, and virtually all daycare centers and schools in the country.

Isn’t it odd that there is absolutely no forum for thoughtful, methodical, respectful engagement designed to raise the issues, hear the concerns, and advance the discussion?

And isn’t it odd that this acrimonious thing just won’t go away?

As a result, the topic is experienced by most people as random, chaotic, confusing, and above all, unsafe for general conversation. It’s a hodgepodge of medical protocol, old science, new science, history, media headlines, conventional wisdom, individual stories, angry accusations, fear, psychology, habit, wishful thinking, and a deep, abiding desire to carve out some certainty in an uncertain world:

There’s been a three-fold increase in vaccine doses since 1989.

It’s genetic. Most people are vaccinated and nothing happens.

We need herd immunity or we’ll be overrun with diseases.

There’s a chronic enterocolitis that may be related to neurodevelopmental impairment that appears after administration of the combination MMR vaccine in some children.

Some children can’t be vaccinated.

Injection of aluminum adjuvants can overcome genetic resistance to autoimmunity.

Children are a vector for disease.

There’s a risk of DNA insertion via human diploid cells in MMR, chickenpox, and Hep A vaccines.

Everyone must be vaccinated because the vaccines don’t always work.

The autism changepoint year occurred around the time of the neonatal (day-of-birth) hepatitis B shot.

It’s like mandating seat belts and bike helmets, for the greater good.

Did you know that there are GMOs in vaccines?

And we’re just warming up. Is it any wonder that the vast majority of people tune it out? Have you ever wondered if this is by design?

The vaccine minefield is really about the age old battle that our founding fathers understood all too well.

Vigilance against the expanding scope of power

We’re talking about authoritarianism and privacy and hidden agendas of powerful players whose interests are not aligned with ours.

Have you thought about Edward Snowden lately? From the Snowden movie:

CIA bigwig: Most Americans don’t want freedom. They want security. It’s a simple bargain… you pay the price of admission… Where’s the modern battlefield, soldier? [Everywhere.] What’s the first rule of battle? [Never reveal your position.] And if one unauthorized person knew? [If Congress knows, so would the enemy.] That, Mr. Snowden, is the state of the world. Secrecy is security. And security is victory.

Snowden: The people being able to question the government and hold it accountable, that’s the principle the United States of America was founded on… And when those in power try to hide by classifying everything, we will call them out on it. And when they try to scare us into sacrificing our basic human rights, we won’t be intimidated and we won’t give up. We will not be silenced.

There’s a reason that the Constitution and the Bill of Rights were written foremost as a call for vigilance against the expanding scope of government power and to protect individual rights.

Do we want government taking away our basic rights and messing in our personal and family matters? Should the state be allowed to judge our religious beliefs, constrain our exercise of conscience, and evaluate and override our parenting? Will we be so easily cowed and distracted, and give away the farm?