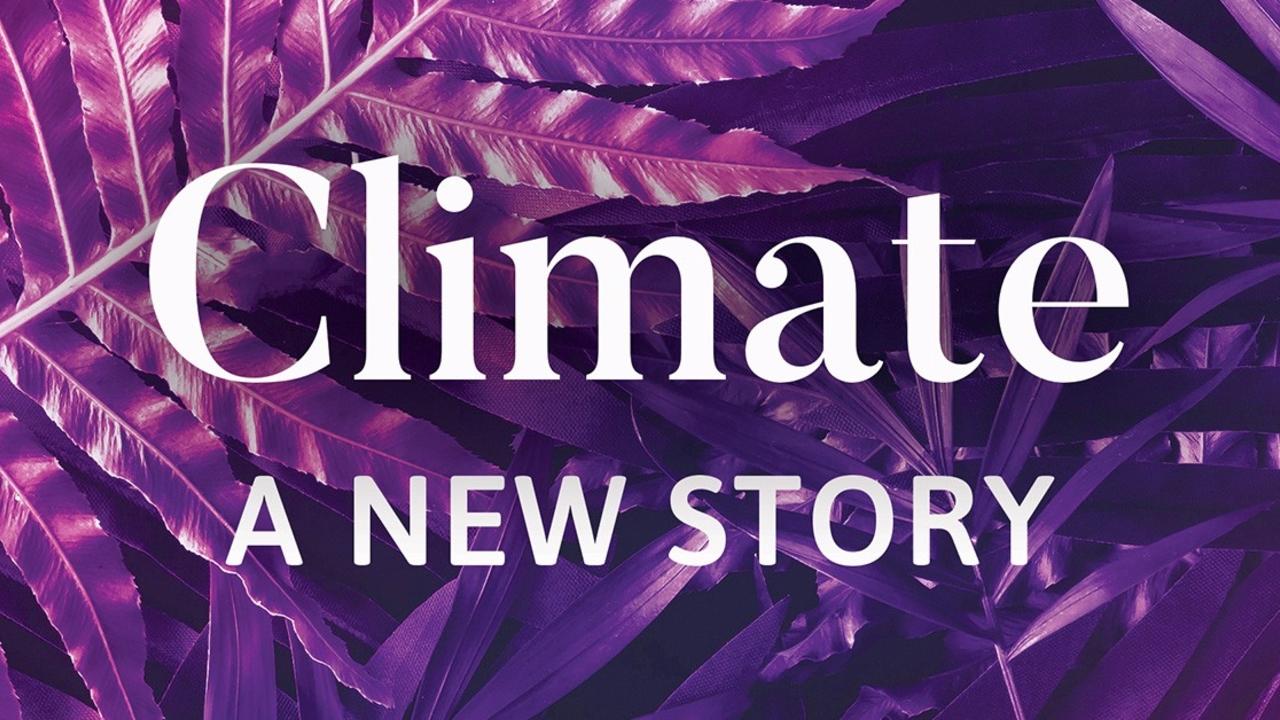 This trope has entered our vernacular, perhaps a catchphrase for the sense that something is really wrong on this planet. While there is an acknowledgement that we humans are really making a mess of things, what often accompanies that acknowledgement is a sense of helplessness.

What can one person do? If I have to do something…if it becomes that urgent…won’t some authority make a law or at least give me clear directions?!

As is the case with so many elements of the human experience today, it’s time for us, as individuals, to take matters into our own hands…together. Gone are the days of gurus, unquestioned leaders, and esteemed experts. We are all feeling our way in the dark…what my friend, Charles Eisenstein calls the “Space Between Stories.”

In his latest masterpiece, Climate: A New Story, Charles takes on the subject of climate change, but more the question of what the various manifestations of ecological degeneration truly represent. Like any issue that activates the tension between vulnerability and responsibility, climate change theories and associated agendas are highly polarized.

Whether you believe that humans are behind climate change, or that the whole thing is a left-wing hoax, there may be, he asserts, a place for all of us to meet on this issue that unites all others: our relationship to the earth we stand on as a reflection of our relationship to each other, and even to our ourselves.

Perhaps we can acknowledge that we have developed some bad habits, as a collective. And it’s time for someone to point those habits out and give us the opportunity to perceive choices we may not have known were possible options. Charles states:

Our intellectual habit is to find the One Cause, our scientific programming is to measure it, and our political gearing is to attack it.

And, as is the case for our inner ecology (think low serotonin, strep infection, too much stomach acid, cholesterol, or joint pain), planetary ecosystems do not respond well to warfare against an isolated variable perceived to be “the problem.” This is, in part, because these are eco-systems, rife with interdependent relationships, unseen influences, and conditional effects.

As we move beyond seeing the body as machine, we are invited to extend that complexification to our understanding of the environment.

Treating the symptoms vs the root cause

Even if you haven’t followed the discourse around climate change, you probably know the metric buzzwords – carbon, greenhouse, emissions, temperature, alternative energy etc. Is it possible that in the debate around measuring what’s happening and how badly it’s happening, we have been distracted from a true root cause of ecological crisis? Are those of us dedicated to limiting emissions simply measuring the pain scale and applying Tylenol to the problem?

What is typically measured is that which serves the economic and political interests, and unconscious biases, of those who commission the measurements. Then there are those things which we don’t bother to measure because they are fundamentally unmeasurable, such as the sacredness of land, or of the water feeding the Ganges.

When we focus on quantifiable metrics of the climate problem, we may be led to believe that the control of these metrics brings us closer to planetary safety or even healing, when in fact, the root cause drivers of ecological destruction remain active.

We can’t win the fight by fighting

As a health freedom activist, I had to reach a burnout window of total surrender before I could appreciate that I was risking, as Nietzsche says, becoming the monster I was fighting. Charles’s book, The More Beautiful World Our Hearts Know is Possible, contributed a language to my transition from fighting to feeling, from empowering my perceived enemy to embracing my own healing as the path to global regeneration. In Climate: A New Story, Charles elucidates this further, writing:

If the “fight” against climate change is a war, it is clear which side is winning. Greenhouse emissions have relentlessly increased since they were first widely acknowledged as a problem in the late 1980s. Deforestation has also continued and in some places even accelerated since then. Nor has any progress been made in altering the basic fossil-fuel- dependent infrastructure of society. If war were the only answer, then we would have to respond by fighting even harder. If there is another way, then the habit of fighting becomes an obstacle to victory.

He makes a compelling argument for the need for us to relent and sit in the confusion of the mess we have made until the path out of it emerges.

A point of powerful overlap between my advocacy for the personal meaning of bodily symptoms including depression, grief, and pain and the message of this book lies in the imperative to feel the grief around global destruction of sacred habitats… “(t)hat moment of humble, powerless unknowing where the sadness of an ongoing loss washes through us and we cannot escape into facile solutioneering, is a powerful and necessary moment”.

Perhaps, the way toward healing this planet, relooming the fabric of our lost cultural heritage, and providing our souls a true home, is to finally stop and feel the sadness of loss and death all around us – polluted waterways, extinct species, reduced vibrancy and vitality all around us. We have to walk through the wound, not around it.

One of the ways that we allow ourselves to feel this hurt is to appreciate the design of it all – even our vast mistakes and missteps, there is meaning. Awareness of the impact of our decisions – whether that’s treating land like a commodity that ultimately runs fallow or taking an antidepressant we later struggle to taper from – is the first step toward feeling our way into new options.

Charles writes about how important it is for us to perceive the emergent sentience in all of the natural world – to disabuse ourselves of the earth being only as valuable as what it can do or produce for us. This is a plea to awaken to the sacredness of the natural world….the trees, the soil, the water, and to enter into a cooperative dynamic that eases our sense of existential displacement, loneliness, and bereftness.

I am left, reading this book, with a deep sense that all of our micro-initiations, all of our personal struggles, and all of the wounded healers surfacing…that all of this on an individual level is preparing us for the collective initiation to a new civilization based on a new level of consciousness. And I believe that Charles is correct when he writes:

Ultimately, climate change is challenging us to rethink our long-standing posture of separation from nature, in which we think we can endlessly engineer our way out of the damage we have caused. It is calling us back to our biophilia, our love of nature and of life, our desire to care for all beings whether or not they make the greenhouse gas numbers go up or down.

I am ever grateful to have wise counsel and guidance in the intense work of feeling all that unfeeling has wrought.