Tantalizing Evidence of a Brain Microbiome 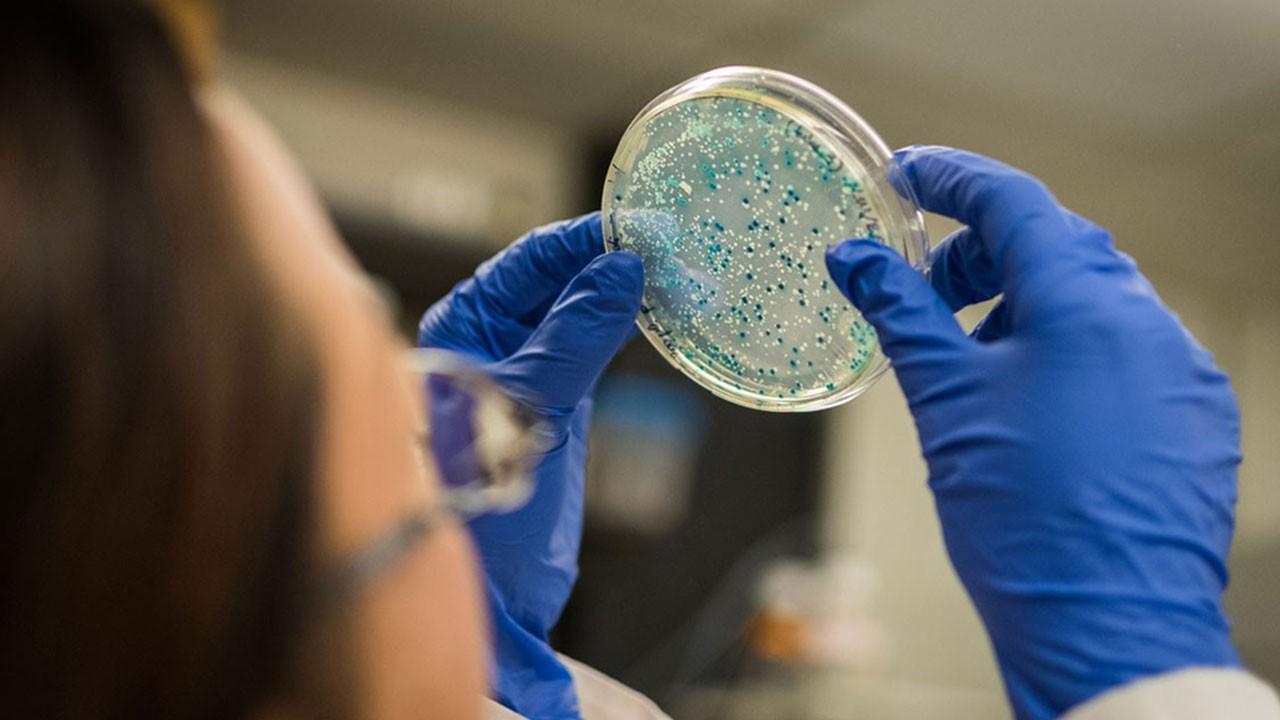 By now, almost everyone has heard of the human microbiome – the collection of viruses, bacteria, and fungi that play a pivotal role in our health and cognitive functioning. Also called the microbiota, we’ve long assumed that the microbiome consists of microbes that reside along our gastrointestinal tract – and more recently, on our skin. That’s logical enough; microbes live on our interfaces with the outside world. Conversely, there are certain areas in the human body that are assumed to be sterile, aka free of microbes, like the eye and the womb. However, advances in analytical techniques enabled researchers to recently identify the placental microbiome1 and eye microbiome2 that are present in healthy people. That’s pretty cool, but there definitely couldn’t be microbes in our brains, the most protected area of our bodies, right?

A head-turning poster3 at the November 2018 Society for Neuroscience scientific conference called into question the assumption of the brain as a sterile, bacteria-free zone. A team of researchers from The University of Alabama in Birmingham (UAB), led by Professor Rosalinda Roberts, showed high-resolution microscope images of mouse and human brains that depicted bacteria happily residing in astrocytes, star-shaped brain cells that interact with and support neurons. 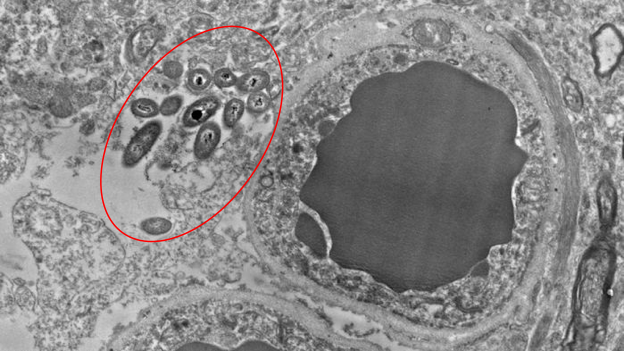 A Scanning Electron Microscope image of a human brain slice showing bacteria (circled in red) next to a blood vessel. Adapted from a writeup in Science Magazine.4

Like most people in the field, the UAB researchers were not looking for bacteria in the brain; this finding happened serendipitously. An undergraduate researcher named Courtney Walker was comparing microscope images of the brains of healthy people and those with schizophrenia to see if there were structural differences underlying the pathology, and she kept seeing the rod-like structures in the brain samples. Puzzled, Profesor Roberts consulted some colleagues and learned that these structures were bacteria. She realized that bacteria had been present in every brain that the lab had examined – 34 brains in total.

To determine if the bacteria were a result of contamination between the time of death and brain sample preparation, Prof. Roberts and the team studied mouse brains immediately after death. To their surprise, they found bacteria in the mouse brains as well. Perhaps there was some contamination in the preparation of brain tissue slices for microscopy? To address that question, they raised mice in germ-free environments – with no bacterial exposure (at least theoretically) – and prepared the brain samples in the same way. They found no bacteria; none in the mouse guts or brains. This finding implies that the bacteria present in the brain comes from the environment or from within the body.

Given this result, the Roberts team dove deeper and used RNA sequencing to identify which types of bacteria were in human and mouse brains. Intriguingly, most of the bacteria were identified as Firmicutes, Proteobacteria, and Bacteroidetes – 3 phyla commonly found in the gut. Perhaps these bacteria traveled from the gut to the brain, climbing up nerves or traversing blood vessels?

This preliminary finding has sparked many open questions – are these commensal or pathological species, does the quantity and composition of the brain microbiome change over time, where do the bacteria come from, to name a few – but is nonetheless exciting and reminiscent of the surprisingly recent discovery of the brain’s immune system that underpins the emerging field of psychoneuroimmunology.

The poetry of all life as interdependent is indeed unfolding in the hallowed halls of research science. It is becoming more and more inaccurate to vilify microorganisms as the evil “other” that invades and infects us. Through discoveries like this, we are being initiated to a new worldview that asks us to live in harmony with the natural world, to perceive our interdependence, and to end the wars we are fighting in hopes of finally one day beating those invisible assailants into submission…as they are, in fact, inextricably in us.