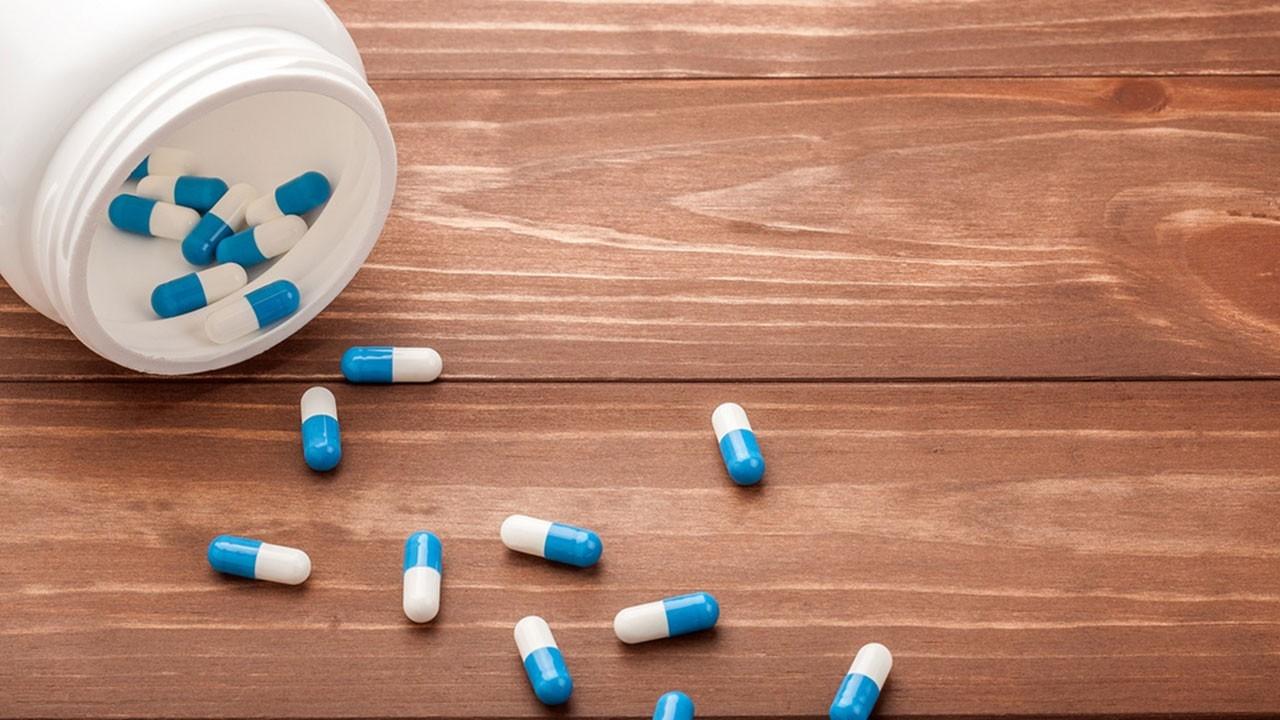 Robin Williams, Chris Cornell, and Chester Bennington all revealed details of their struggles with depression and anxiety before they made the tragic decisions to end their lives. You’re probably not surprised that people diagnosed with a psychiatric disorder, such as depression or anxiety, have an increased risk of suicide; in fact, a recent study estimates that 80% of people who attempt suicide have a psychiatric diagnosis associated with suicidal ideation. The startling news comes from the science that supports the causal role of antidepressants in the actual completion of suicide.

If depression leads to suicide and antidepressants like SSRIs resolve depression, we could decrease suicide rates by increasing the number of antidepressant prescriptions, right? That’s the pharmaceutical argument for medicating people who are “at risk”.

Yet, the evidence reveals some inconvenient truths, demonstrating that antidepressants actually increase the risk of suicide. Furthermore, just as the serotonin model of depression has never been scientifically validated, there is no evidence that antidepressants meaningfully and statistically significantly resolve depression – but, instead, we are confronting a growing signal of harm, including live-streamed suicides and school shootings committed by those recently prescribed. And a new study from Sweden that examines antidepressants in the context of suicide suggests that antidepressants are pushing people towards, not away from, suicide.

Swedish researchers analyzed data in a timespan in which antidepressant prescriptions rose steadily; the percentage of young women who were prescribed antidepressants increased from 1.4% to 5%. Approximately 500 young women committed suicide during this time period, and because toxicological analyses were performed postmortem, researchers could determine if these women were on antidepressants at the time that they made the decision to end their lives. 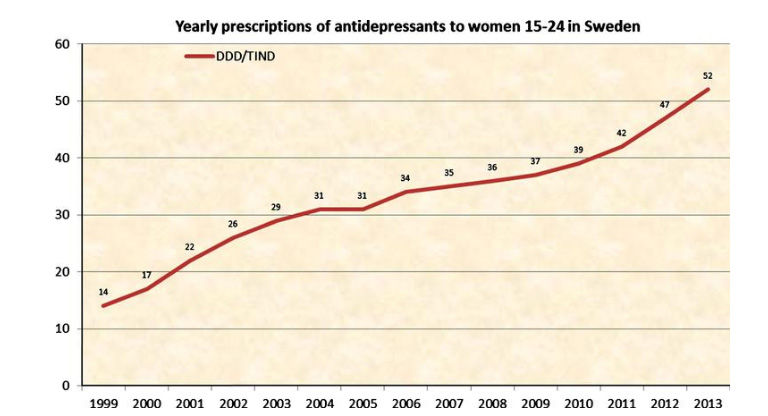 If antidepressants indeed resolve depression and prevent suicide, those who committed suicide, would be the unmedicated ones right? Also, suicide rates would decrease as antidepressant prescriptions increased.

Yet, researchers found the opposite. As antidepressant prescriptions increased 270% over 15 years, suicide rates also increased. Strikingly, more than half of the young women who committed suicide (52%) were prescribed antidepressants within a year of committing suicide. And antidepressants were detected in 41% of the women who committed suicide, showing that they were under the influence of antidepressants at the time of death. In the remaining subjects, it is also important to know whether they had recently discontinued psychotropic medication. As many who have done so would tell you, abrupt (or sometimes even cautious) tapering of medication can lead to suicidality and homicidality with associated impulsivity (long after the medication itself is undetectable).

We are a culture that believes that force is necessary for change and progress (rather than natural momentum and emergent processes). But maybe we shouldn’t be surprised when we learn that throwing more of the same failed medicine at the very problem created by the failed medicine – well, it doesn’t actually work. Herein lies the thinly-veiled agenda of the industry – use the shortcomings of the intervention (in this case, continued and worsened depressive symptoms) to justify further interventions (more medications for all). This is like calling for more and more barricades to cover up any visual evidence of a forest fire while the fire blazes behind the facade. What is needed, at the first sign of risk outweighing benefit, is true informed consent – and thankfully, each and every prospective patient can now be empowered with a fuller version of the truth than they might receive from media, the government, or their prescribing doctor.

Abrupt discontinuation of psychiatric medication is not advised. For more support around strategic tapering, join our community.