Prenatal Vitamins: A to D 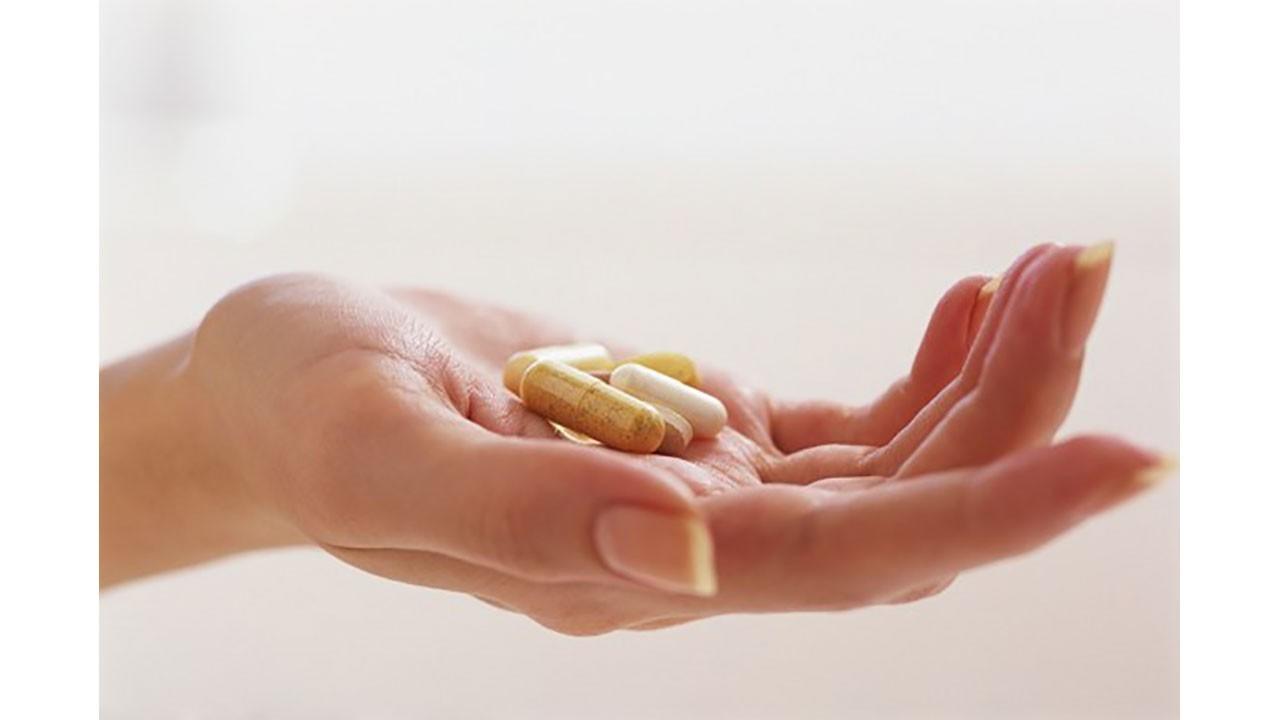 The tension between natural medicine advocates and the defenders of pharmaceutically-based medicine, sometimes gives rise to some confusing double-talk. The supplement industry has been persecuted and attacked for decades, and the weapon of choice has been recall-based epidemiologic studies, rarely controlling for comorbidities (diseases the patients may be living with), risk factors for poor health outcomes such as smoking and drinking, and quality of the supplement (synthetic additives, synthetic vs bioactive nutrients, etc). I certainly uphold that some “vitamins” may do more harm than good. When we provide synthetic nutrients out of balance, and we do so in a capsule filled with carcinogens and endocrine disruptors, we are likely not contributing to the overall wellness of that patient.

All pregnant women, however, are recommended to take prenatal vitamins by their physicians. Somehow, all of the skepticism and sincere concern about the risks of vitamin-popping are selectively ignored when we talk pregnancy. The American College of Obstetrics and Gynecology, states:

“Taking a prenatal vitamin supplement can ensure that you are getting these extra amounts.” 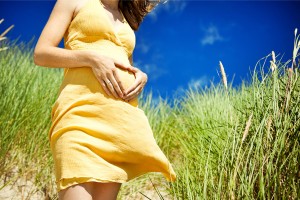 Perhaps, despite skepticism, allopathic doctors recognize that the nutritional demands of pregnancy cannot be met by the stores accumulated by the average American woman’s prepregnancy diet. Surveys have indicated that our pregnant women are deficient, even by conservative recommended intakes, on critical vitamins and minerals such as iron, zinc, calcium, magnesium, folate, vitamin D, and vitamin E. Why is it that diet, particularly a low fat, high grain diet as recommended by ACOG, is not enough?

Despite their widespread recommendation, prescription prenatals are not the answer to this cumulative and multidimensional problem. Duet DHA, for instance, one of the best selling prescription prenatals, boasts a list of inactive ingredients that includes petroleum-based, aluminum-precipitated dyes, genetically modified starch, titanium dioxide, and even a little polyethylene glycol (aka antifreeze) to boot. This is in the face of outdated information about nutrients in their optimized forms such as activated folate, mixed tocopherol vitamin E formulations, and activated B12 rather than a synthetic version bound to a cyanide molecule (cyanocobalamin).

Do We Need to Supplement?

This review and others support the general concept of supplementation of the pregnant woman to mitigate negative epigenetic outcomes such as neural tube defects, speaking to the importance of a B vitamins and fat soluble vitamins in the “first 1000 days.”

As a clinician who considers the role of nutrient deficiency and depletion as an etiologic driver of postpartum psychiatric, endocrine, and immune pathology, my perspective has been supported by reviews such as this, which states clearly:

“Depletion of nutrient reserves throughout pregnancy can increase a woman’s risk for maternal depression.”

I’d like to discuss some of the evidence surrounding supplementation, specifically with vitamin D and with preformed vitamin A, now regarded, wholesale, as a toxic supplement in pregnancy, but used as a critical tool at all other points of the lifecycle for immune modulation and hormonal health. As a clinician and a former pregnant patient, myself, I have looked to accumulated wisdom around dietary choices made by reproductive age women to support my decisions. I have learned that traditional cultures prioritized access to nutrient and fat-rich foods such as organ meats, fish eggs, and raw dairy to support the appropriate expression of programmable genes. These foods are rich in fat-soluble vitamins, D, A, and K2, which we are learning, appear to act in concert to support immune health and cellular signaling.

It’s Not Just About the Sun: Vitamin D

Our growing insight into the myriad of immune modulating, bone supporting, and mood modifying actions of vitamin D, a steroid hormone, has served to reveal its complexity. Several studies have suggested a relationship between low serum vitamin D (25OH) levels and depression, particularly in women, and in premenstrual dysphoria and seasonal depression. A recent study of 178 pregnant African American women demonstrated a relationship between low first trimester 25-hydroxyvitamin D serum levels and second trimester antenatal depression diagnosed by the Center for Epidemiologic Studies Depression Scale CES-D.  Optimizing levels during pregnancy and postpartum likely represents a high yield intervention given the limitations of its endogenous production. While small amounts of vitamin D may be obtained through fish, eggs, and cod liver oil, sunlight has historically been the primary source, and it may be the case that epidemic low levels are accounted for by the toxic effects of pesticide exposure on vitamin D metabolism and cholesterol suppression. Monitoring levels with consideration of higher dosing ranges may be a reasonable approach, particularly given data that suggests doses of 4000IU in the second and third trimester may minimize risk of pregnancy complications such as gestational diabetes and preeclampia. Aiming for supplementation to achieve a serum level above 40 ng/ml has been found to be the lower threshold required to optimize 1,25(OH)2D levels, and often requires more than the recommended 400IU daily, even up to 4000IU daily according to Wagner et al. An Amsterdam birth cohort demonstrated that deficiency/insufficiency of vitamin D, as demonstrated by serum levels at 13 weeks gestation, were associated with significant depressive symptoms at 16 weeks of gestation Postpartum serum levels less than 32 ng/ml have been correlated with increased incidence of depressive symptoms as quantified by the EPDS.

In a randomized, double-blind, placebo-controlled trial, women receiving a small amount of D3 (400IU/d) vs placebo experienced improvement in hs-CRP, lipid concentrations, insulin, and biomarkers of oxidative stress after 9 weeks. Vitamin D influences inflammatory and immune status, but it doesn’t do it alone. One of its most important partners is vitamin A.

How Did Vitamin A Get Such a Bad Rap?

The primary distinguishing feature between a multivitamin and a prenatal is in the low dosage of preformed vitamin A (typically called retinol) and a focus on only one of the provitamin forms (typically betacarotene, rather than an inclusion of mixed forms from β-carotene, β-cryptoxanthin, lutein, zeaxanthin and lycopene). Preformed vitamin A occurs in animal products like fish, meat, and particularly liver, while provitamin A occurs in colored fruits and vegetables. The conversion from provitamin to preformed varies by up to 8 fold between individuals and may be inefficient in up to 45% of the population. Even once produced, thyroid and adrenal sufficiency are required for mobilization of liver stores of the formed vitamin.

Vitamin A is critical for organ development and immune system functioning, and when deficient, results in death, and altered lung, heart, kidney and liver growth in animals.

I test all of my patients for vitamin D (25OH), and its receptor-activating metabolite (1,25), and it wasn’t until I began recommending preformed vitamin A that I began to see normalization of the conversion of supplemented vitamin D. This makes scientific sense because we know that vitamin A influences the vitamin D receptor (VDR) and that both play mutually antagonistic/supportive roles in the body. We also know that glucocorticoids (stress hormones) can suppress VDR function so that supplementing with whopping doses of vitamin D may be more or less predictably effective based on other hormonal factors.

Appreciating all of this, an investigation into the origins of vitamin A as a cause of birth defects, reveals an interesting 1995 study from the New England Journal of Medicine, that through a feat of hand-waving, arrived at an appealing universal threshold, and declared:

“Among women who take more than 10,000 IU of preformed vitamin A per day from supplements, we estimate that 1 of every 57 babies is born with a birth defect attributable to the high vitamin A intake of the mother.”

Certainly, this is a bold statement, and is compromised by the fact that the entire data set of the study was based on a 3 month dietary and supplement recall with a rate of defects (1.5%) that is not reflective of population norms (2-5%), thereby inflating any findings. They also seemingly arbitrarily deduced that defects related to vitamin A were those of the cranial neural crest, including craniofacial, central nervous system, thymic, and heart, despite the evolving appreciation of the role of the cranial neural crest in development of these organs. Subsequent studies have not supported this risk.

The conclusion has since been formally challenged by the WHO, stating:

“therefore questioned the reliability of the evidence from the Rothman study regarding increased teratogenic risk [risk of birth defects] from regular intake of a 10,000 IU  supplement during pregnancy since even a two-to-three-fold higher intake did not raise potentially teratogenic metabolite levels in the blood.”

“Recent studies strongly suggest that periconceptional supplements of vitamin A that are close to, but less than 10,000 IU/day, and that are given as a component of a multivitamin, are much more likely to be associated with reduced, rather than increased, risk of malformations.”

A study that used plasma levels of vitamin A metabolites in women bearing babies without birth defects found that doses up to 30,000IU resulted in a similar blood level range (presumed to represent a high toxicity threshold). A multi-center prospective study from the European Network of the Teratology Information Services found that there were no malformations in women taking greater than 50,000IU daily.

What do we Make of all of This?

I recommend that my patients first optimize their dietary sources including pastured organ meats, fermented foods, and organic produce of a variety of colors. Supplementation should be individualized based on inflammatory markers, signs of autoimmunity, and serum levels of vitamins; however, use of cod liver oil, as many thoughtful organizations promote, may be an option for a food-based supplement that includes these discussed fat soluble vitamins and omega 3 fatty acids. Several prenatals and multivitamins offer more nutrigenomically considerate ingredients such as activated B vitamins and both mixed carotenoids and palmitate.

We have to work harder than ever to protect the growing baby’s access to nutrients, and to protect that little one from an ever more toxic environment. Prenatal health takes preparation and collaboration between a knowledgeable food-based clinician, and a woman motivated by wellness. Eat food, actual food, do it with loved ones, and in a state of relaxation. Then determine how research around supplementation can best support the unfolding of an infinitely complex symphony of information exchange between mom and fetus.

This post first appeared as Vitamins in Pregnancy: What’s a girl to do?