Two Foods That May Sabotage Your Brain 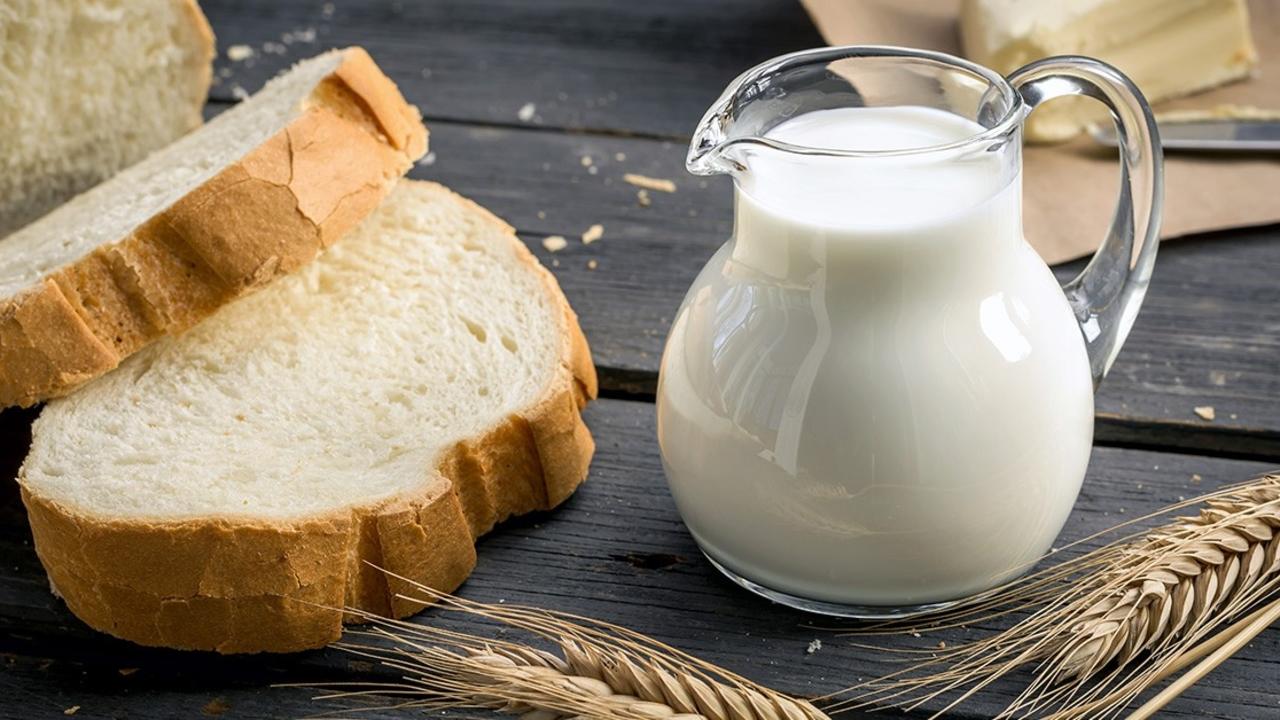 Could there be a food-based cure for schizophrenia, bipolar, and depressive disorders? It is my firm conviction that diet - both what it may be deficient in as well as its potential toxicity - can cause what we label as mental illness. In medical school, we learn about the mental repercussions of nutrient deficiencies such as Beriberi (thiamin), Pellagra (niacin), and B12-deficiency induced dementia. We know that minerals such as magnesium and zinc are critical cofactors for basic functions, and that fatty acids are essential in the support of cell membrane health.

I believe in a partnership with my patients; however, my most paternalistic mandate, as a psychiatrist, is that of a gluten and casein free dietary trial.

What's that? they often ask.

Gluten, from the Latin, "glue" is a composite of proteins comprised of gliadin and glutenin, found in wheat, with similar 'glutinous' proteins known as prolamines found in related grains such as rye (secalin), corn (zein), and barley (horedin), and casein is the name for a family of proteins in mammalian milk.  How does this relate to the average patient scheduling an appointment with a psychiatrist? Is it possible that our modern, post-industrial foods - sugar, gluten, processed dairy, and genetically modified soy and corn are conspiring with nutrient deficiencies in an incendiary collaboration that will give rise to gut/brain pathology?

If we accept an inflammatory model of mental illness as having the strongest prospects for guiding preventive medicine interventions and non-toxic, reparative treatment approaches, then we must look at underlying drivers of inflammation.

Immune activating and inflammatory proteins, such as those found in wheat and dairy products, may be critical triggers to consider. One of the mostly highly processed foods in our diet -  wheat - is almost exclusively rendered as high-glycemic flour, prepared with sugar, and often genetically modified vegetable oils which are oxidized (rancid). Dairy is homogenized and pasteurized, creating a dead, high-sugar liquid with distorted fats, denatured proteins and unabsorbable or thoroughly destroyed vitamins.

Cross-reactivity and stimulation of antibody response by foods like dairy, oats, corn, millet was examined in this study, suggesting that there is important overlap between grains and dairy. Why and how would these foods cause the problems that they do? There are a number of identified reasons for the disturbances caused by America's darling duo, cheese and bread:

Fire in the Hole

Lectins in grains and nightshade plants, and proteins in dairy and gluten - namely casein, gliadin and glutenin - can trigger intestinal changes, local, and systemic inflammation. Only recently have we begun to understand how and why. In the case of gluten, zonulin-mediated permeability affords gut contents, including bacterial toxins, access to the bloodstream, where they can play a significant role in driving inflammation and associated psychiatric symptoms, as discussed here.

It turns out that diet can be a major determinant of what bugs are most active in our guts, and that the bacteria in our guts may also determine the degree to which we are sensitive to local inflammatory effects of gluten. Gut bacteria are the gatekeepers sounding the alarm by sending inflammatory messages to the rest of the body including the brain.

When the immune system reacts to a perceived threat such as a food protein, antibodies formed in response may also bind to tissue in glands and organs that share overlapping amino acid sequences. Antibodies can be formed against brain cells, specifically, at times with permanent resultant damage. A study of 400 volunteers found that half of those who reacted to wheat also reacted to brain-based peptides, and the same was found in the subgroup reacting to dairy, suggesting a clustering of reactivity to both brain tissue and these foods.

The Pleasure of Pizza

Digested proteins from cow dairy and gluten, termed exorphins, interact with opiate receptors in the brain, which accounts for the potentially addictive quality of these foods, and the associated withdrawal when they are taken off the menu.

What does the evidence suggest?

Research into the etiology or cause of syndromes centers around two primary outcomes of interest - associative data that suggests a relationship between an exposure and a cluster of symptoms (% of people with gluten sensitivity who have psychiatric problems), and treatment data that suggests a causative role for that exposure based on the therapeutic effects of its removal (cutting out dairy leads to treatment of depression).

Assessment of psychiatric pathology in celiac patients has supported a statistically significant incidence of anxiety (panic), depression (21% in this study), bipolar patients, and schizophrenia (27% in this study).[1] When we consider the available evidence base, we have to zoom out to appreciate its inherent limitations - antibody-mediated immune response is just one mechanism by which the body can be alerted to a perceived threat. If you ask to be screened for gluten intolerance, that screening will typically include antibodies to only alpha gliadin, endomesial antibody, and one type of tissue transglutaminase. This testing neglects the role of the innate immune system in non-celiac gluten enteropathy, an inflammatory disorder that often has extra-intestinal manifestations. According to gluten-researcher, Dr. Hadjivassiliou, "gluten sensitivity can be primarily, and at times, exclusively, a neurological disease".

Since 1953, there have been observations linking schizophrenia and Celiac disease, suggesting that the role of the immune system plays prominently in this poorly understood disorder.

The role of antibody complexes feature prominently in the work of Severance et al. who have explored gluten and casein in mental illness, primarily in a cohort of recent onset schizophrenics, non-recent onset schizophrenics, and non-psychiatric controls. In this study, they use complement fixation as an indication of immune reactivity to food/immune complexes that disrupt cellular functioning, demonstrating that those with immune reactions were 4.36 times more likely to be chronic schizophrenics. There is speculation as to the significance of in utero exposure to these foods, and how this may lead to changes to brain modeling, also supported by this study which found a 70% increase in adult schizophrenia in those who had gliadin antibodies at birth.

Even more compelling is the following case presentation:

"a 33-year-old patient, with pre-existing diagnosis of 'schizophrenic' disorder, came to our observation for severe diarrhoea and weight loss. A gluten-free diet was started, resulting in a disappearance of psychiatric symptoms, and normalization of histological duodenal findings and of SPECT pattern."

This means that someone avoided a lifetime of medication with antipsychotics by eliminating gluten from their diet.

In a related report, a case series of three patients treated for depressive syndromes without active intestinal complaints experienced resolution of symptoms on a gluten free diet within 2-3 months, including one patient who was medicated during pregnancy and was able to stop medication within 2 months of dietary change

But I don't have Celiac!

When I suggest elimination of gluten to patients, they sometimes tell me that they have already been tested, and "don't have Celiac". The limitations of currently available conventional testing are very real as most physicians who do a "Celiac panel" are only testing for alpha gliadin, tissue transglutaminase 2, and endomesial antibody, a small portion of the potential immune responses to this food. In a grain consisting of 6 sets of chromosomes, capable of producing greater than 23,000 proteins, this testing may just be too small a window into a very complex space. In one study, inflammatory response was noted in healthy volunteers, suggesting that gluten may cause reactions in everyone.

The molecular similarity between gluten and casein makes them coconspirators. With quantitatively less literature; however, dairy immune provocation appears to be more variable from person to person. In cow dairy, there are 6 types of protein milk - 4 casein comprising 80% and 2 whey. Within the casein category, A1-beta casein is most commonly present in American cows (Holstein) and is thought to represent a mutated form of the protein, only 5,000 years old. Casomorphin, an opiate-stimulating compound, is released from A1-beta casein. A2-beta casein is found in the milk of sheep, goats, and Jersey cows.

"The elevated IgG and unique patterns of antibody specificity to bovine casein among diagnostic groups provide a rationale for clinical trials to evaluate efficacies of dietary modifications in individuals with neuropsychiatric diseases."

"anti-casein IgG associations with bipolar I diagnoses, psychotic symptom history, and mania severity scores suggest that casein-related immune activation may relate to the psychosis and mania components of this mood disorder."

Beyond direct brain stimulation and poor digestion with local inflammation, cow dairy may also be a source of folate antibodies which can gum up receptors responsible for transporting this critical nutrient to the brain. This study established a linear relationship between these antibodies and exposure to milk - demonstrating resolution of antibodies on a milk-free diet and return with reintroduction of milk.

Gluten and casein free diets have been systematically studied in the autistic population, including in randomized trials; however, no such study design could account for the potential high yield outcomes in any given individual. For this reason, I recommend an empirical trial of at least one month in all individuals struggling with psychiatric symptoms. There are many wonderful and freely available guides to converting to a gluten free life, but the basic principle is to eliminate rye, barley, wheat, and unspecified oats.  The difficulty is in identifying the hidden sources of gluten in sauces, condiments, soups, and flavorings.  Essentially, going gluten-free should mean eliminating processed food from your life, which is why I have a low threshold to also recommend elimination of co-reactive foods like dairy (casein), corn, soy, and in some cases legumes (including peanuts), and gluten free grains like rice and millet. Dairy elimination would include all milk-based foods and products including yogurt, cheese, and ice cream. Think of these changes as a prescription for brain healing and for bringing your wellness onto a higher plane.