Truth Is...We All Could Be Woody 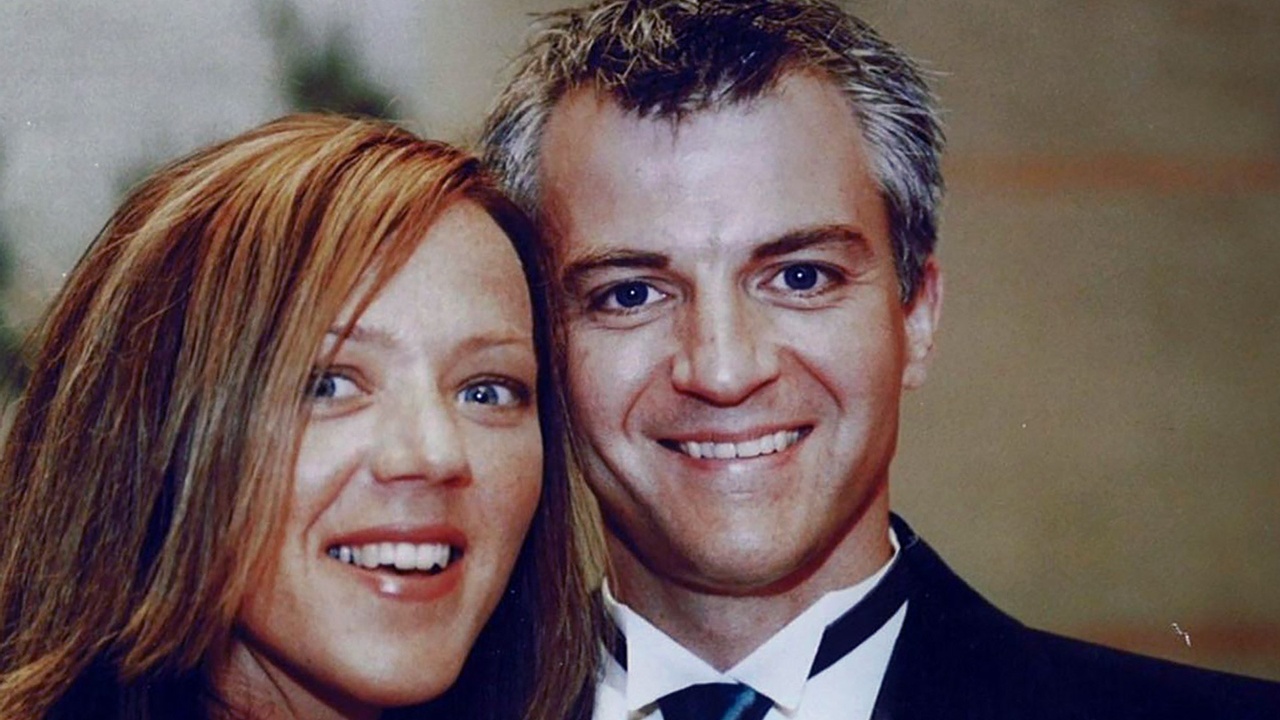 13 years ago, my life looked very different than it does today. I was married to my best friend, had a successful career in advertising, and was planning to have a family. However, all that changed with one phone call. On August 6th 2003, I became a widow. Woody, my husband of almost 10 years was found hanging from the rafters of our garage, dead at age 37.

Woody wasn’t depressed nor did he have a history of depression or any other mental illness.

Woody was outgoing, gregarious, smart, had a huge personality. Everyone loved him.  He had just started his dream job as Vice President of Sales at a start up company selling energy efficient lighting two months prior and started having trouble sleeping which is not uncommon for entrepreneurs. So Woody went to see his family doctor whom he trusted implicitly, and was given Zoloft off-label for insomnia. His doctor said Zoloft would take the edge off and help Woody sleep. Five weeks later, he was dead.

The 3-week Pfizer-supplied sample pack that Woody came home with automatically doubled the dose unbeknownst to him from 25 to 50mgs after week one. No cautionary warning was given to him or me about the need to be closely monitored when first going on drug or dosage changes. In fact, I was out of the country on business for the first 3 weeks he was on the drug. Within days Woody experienced many side effects like profuse night sweats, diarrhea, and worsened insomnia. He also experienced others like akathisia that were known to Pfizer but not to Woody, his doctor or his family. Shortly, before he died, I found Woody curled up in fetal position on the kitchen floor, holding his head like a vice, crying, "Help me, help me. I don’t know what is happening to me. I am losing my mind. It's like my head is outside my body looking in.”

From the beginning, Woody’s death made no sense to anyone who knew him.  Everywhere I turned, all the so-called experts and suicide support groups were telling me Woody must have been depressed. But in the deepest part of me, I knew something didn’t add up.

Why would a guy who loved life take his own life? Woody went from not being able to sleep to experiencing disassociation from his body. So we started digging into the only thing that made Woody change during this extremely short period of time. Zoloft.

Woody and I never once questioned the drug. Why would we? Zoloft is FDA approved, samples given by his doctor, and advertised and sold as safe and effective.  Ironically the day Woody was found our local newspaper ran a front page story about the UK finding a link between antidepressants and suicide in teens.

Our journey has taken us to the FDA, Congress, the courts, and the media. Unfortunately, I quickly learned that Woody was not an isolated case or “anecdotal”.  Most people have no idea that the FDA held hearings on Prozac and its link to suicide and violence in 1991—13 years before the FDA eventually put blackbox warnings on the drugs for children.

In the battle for Woody, we were able to get confidential internal Pfizer and other drug company and FDA documents made public that showed they knew about the risk of suicide, violence and NOT to speak of questionable efficacy, but failed to tell the public. I hand delivered these documents to the FDA, members of Congress, and the media. It’s hard not to do something when you have seen these documents in black and white with your own eyes AND you have the experience that I have had. These documents speak for themselves. Lives were being destroyed.

I can’t believe almost 13 years after Woody’s death, we are still having this debate. In some ways, I think the situation has gotten worse.

The Truth About Violence and Mental Illness

It seems everywhere you turn, there’s something about “mental health” in the headlines. Whether its another mass shooting, a high profile celebrity suicide, the kid who has difficulty focusing in school, or the person going through a bad divorce and is sad, the conversation quickly turns to the need for MORE mental health services, MORE screenings, MORE treatments to address these issues. But what if LESS is actually more?

The public has been convinced through drug company marketing, psychiatry, and the medical establishments that “mental illness” is a biologically-based condition. Every day life’s distresses and problems are being sold as UNDIAGNOSED mental disorders caused by a “chemical imbalance” requiring a pill solution. Often times, it is without full disclosure of the dangerous side effects.

There are a lot of powerful self-interests at play in this current model of medicalizing life stresses. Big Pharma, American Psychiatric Association (APA), and various patient advocacy groups such as National Alliance for Mentally Ill all have something to gain. Drug companies are highly motivated to spend billions of dollars selling “illnesses” to push their pill treatments. The APA and academic psychiatry want to protect their roles as the “trusted” medical institution that really understand psychiatric care. Meanwhile, 70-80% of psychiatric medicines are prescribed by primary care doctors, often after a 7-minute visit with a patient.

In today’s world, “mentally ill” is such a vague, general term that it lacks any real meaning. The APA’s Diagnostic Statistical Manual has set up such broad definitions of “psychiatric disorders” that 1 in 4 Americans are said to suffer some sort of “mental illness” each year. Undesired behaviors such as grief and sadness, oppositional defiant disorder and ADHD in children, to substance abuse, and so on get classified as “mental illness” requiring a pill.

There’s got to be a better way.

Reframing Our Focus On Health

For starters, I would like to see the conversation change from mental health to focusing on mental well-being. Mental health implies a “sickness” model. The current narrative of the medical model is that untreated “mental illness” threatens the safety, security, and health of the general public. Therefore, we need MORE treatments.

Its time to infuse a little healthy skepticism into these powerful, mind-altering drugs. Like… do pills actually solve or change the stressful situation, experience, or trauma that lead to the sadness and anxiety? They don’t change anything other than numb ourselves to the pain and discomfort. Maybe our depression and anxiety is actually trying to teach us something? Maybe we need to embrace the pain and sit with it? We will never know if we mask the pain and not do the work to discover the lessons.

There is power in the questions. The public needs to start pushing back and asking, “what if LESS is actually MORE?”

I would like to thank Dr. Kelly Brogan for her bravery to take on this issue and confront the psychiatric drug epidemic head on. Unfortunately, it’s more than JUST a debate over the validity of scientific evidence. There are real world life and death consequences to these powerful, mind-altering drugs. The truth is any ONE of us could be the next Woody. Be smart. Be informed.