The Many Origins of Depression 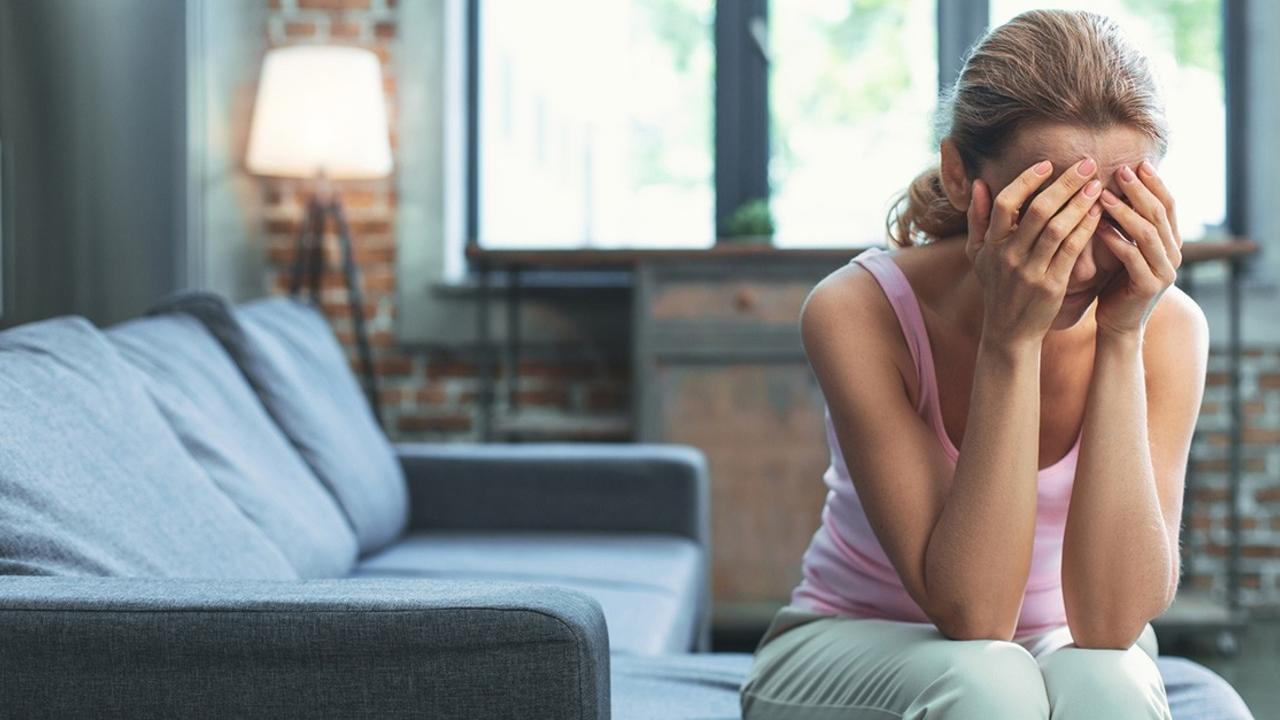 Is depression a flat mood, an inability to participate in ‘normal life activities,’ or unexplained bouts of sadness? In spite of its singular clinical classification, depression looks different for each person. Like Leo Tolstoy noted in his famous novel Anna Karenina, “All happy families are alike; each unhappy family is unhappy in its own way.”

While all happy families aren’t necessarily alike, this adage speaks truth in terms of depression. Each person’s depressive symptoms - remember, depression is a symptom, not a disease - depend on their unique circumstances, bodily health, emotional history, and held beliefs. As the serotonin model of depression continues to lose its hold on mainstream psychiatry, a theory of depression as evolutionary mismatch has emerged. In this theory, depression is the result of modern living; we did not evolve in the context of environmental toxins, isolated living, and near-constant stress. Some argue that depression is a response to this mismatch, also called paleo-deficit disorder, and depression is simply a message from our bodies trying to protect us from the madness of the modern world.

However, even the evolutionary mismatch theory of depression relies on the dangerous assumption that all depression is the same: that depression is one disease, with one origin and a universal set of symptoms. Anyone who has been affected by depression will challenge this assumption. Depression can be caused by a constellation of factors that cause chronic inflammation - inflammatory foods, medications like the birth control pill, reduced sunlight exposure, and loneliness, to name a few - and manifest differently in different people. Some of the symptoms that qualify a person for a diagnosis of depression seem downright paradoxical: increased and decreased appetite, insomnia or fatigue, motor agitation or impairment. Even in one person, different depressive symptoms can appear at different times.

A recent scientific review article entitled ‘Depression subtyping based on evolutionary psychiatry: Proximate mechanisms and ultimate functions’ attempts to re-classify depression into twelve subtypes.1 For each of these subtypes, researchers propose different causes for depressive symptoms, as well as potential reasons that these subtypes evolved and purposes they serve. In this framework, depression may be (1) an beneficial adaptation that effectively addresses a specific problem (2) an adaptation that does not solve the problem (3) a byproduct of other adaptations or (4) a general pathological state that serves no purpose and is harmful. 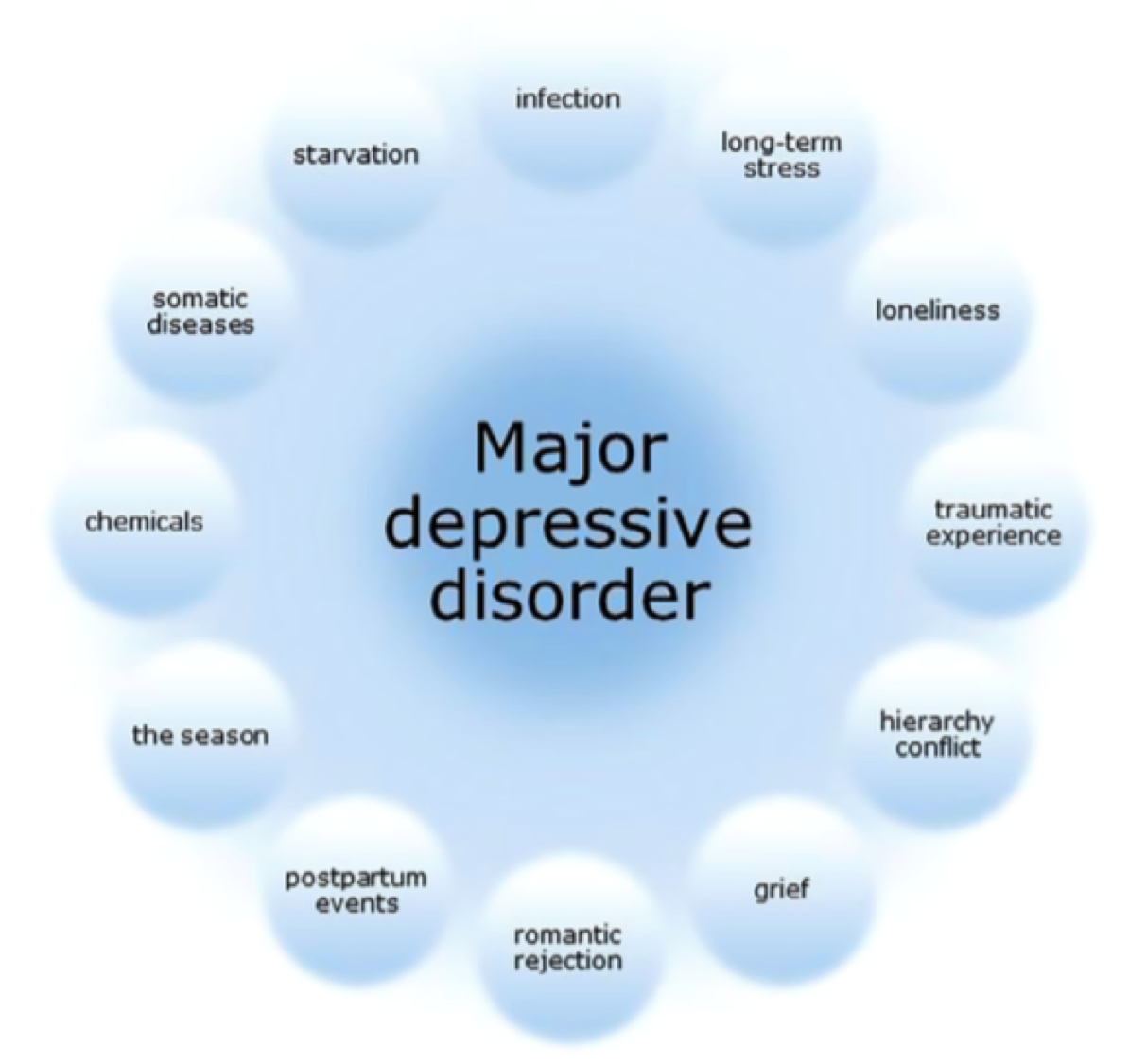 The proposed twelve subtypes of depression

In infection-induced depression, symptoms result from underlying inflammation. This classification is supported by studies showing that anti-inflammatory agents reduce symptoms of depression.2 Further, the ‘sickness behavior’ of chronic inflammation, including social withdrawal, might worsen depression.

Long-term stress activates the immune system, leading to chronic inflammation that creates depressive symptoms. Why would stress activate the immune system? For a good reason, actually - in our evolutionary history, stress meant a higher chance of being wounded, and our immune systems ramped up to protect from infections that could result from those wounds. But nowadays, stress is rarely caused by true danger. Instead, stress comes from working long hours (against circadian rhythms), feeling pressured to meet deadlines, and financial worries.3 The response of inflammation to stress seems to be an evolutionary mismatch; the immune response that served us for centuries is no longer beneficial.

In the ancestral world, loneliness literally meant death. If you were separated from the tribe, you were vulnerable to predators and other forces of nature. Loneliness is a powerful and protective message that impels us to seek the company of others, which was crucial to survival for many generations. While loneliness is admittedly less dangerous now, this fear remains imprinted on us and leads to loneliness-induced depression.

People who have experienced significantly traumatic events are more likely to be diagnosed with depression, which researchers call trauma-induced depression. In fact, one study of almost 700 randomly-selected patients with depression found that 36% of them were also diagnosed with post-traumatic stress disorder (PTSD),4 and a large meta-analysis of 57 studies revealed that the comorbidity of depression and PTSD was 52%.5 Like those suffering from loneliness, people with PTSD show elevated levels of pro-inflammatory markers.6

Depressive symptoms can result from conflicts in modern hierarchies, such as the workplace, social groups, and families. Humans and social animals establish hierarchies, and those at the top enjoy many benefits. Therefore, we all want to be at a comfortable hierarchical position to meet our needs. If we don’t reach our desired place in the hierarchy, our self-esteem suffers.

Hierarchy conflicts, such as unemployment,7 bullying,8 and striving for unreachable career goals9 are all associated with depression.

Grief is a common driver of depression diagnoses. Up to 20% of people who lose a loved one and are grieving are saddled with the label of depression. Even in animals, losing a mate, sibling, or offspring leads to depressive symptoms. 10

Similarly, romantic rejection can cause depressive symptoms. Researchers found that after two months, 40% of people who had been left by their romantic partners showed symptoms of clinical depression.11 The sadness following a breakup may indicate true love and disappointment, and these feelings might also help make more aligned choices in future romantic relationships.

Seasonal Affective Disorder (SAD), also called seasonal depression, is a mood disorder that strikes a person at the same time each year, usually in the winter. A person diagnosed with SAD exhibits general fatigue, decreased libido, and increased appetite for starchy foods. SAD is more frequent in people with evening chronotypes, and light therapy can help resolve the symptoms.

Interestingly, evidence is piling up that environmental toxicants, such as heavy metals, neurotoxic compounds, plastics, and pesticides may cause depressive symptoms.14 15

Overall, depression is a meaningless label until you find its personal meaning.

This peer-reviewed article presents 12 research-backed possibilities that could be root cause drivers of depressive symptoms - and there are likely more than twelve. Scientific evidence continues to show that depression is a sign of imbalance, not an inherited genetic condition that you are powerless to change. Imbalances can be caused by inflammatory foods, toxins, medications, life events like trauma, and stress - and taking a one-size-fits-all antidepressant is like turning off the smoke alarm and ignoring the fire. Release the fear and move into curiosity. Commit to lean into your symptoms, realizing that they’re only messages, reduce your toxic exposures, turn down the noise, and explore the root cause of these symptoms for true healing.