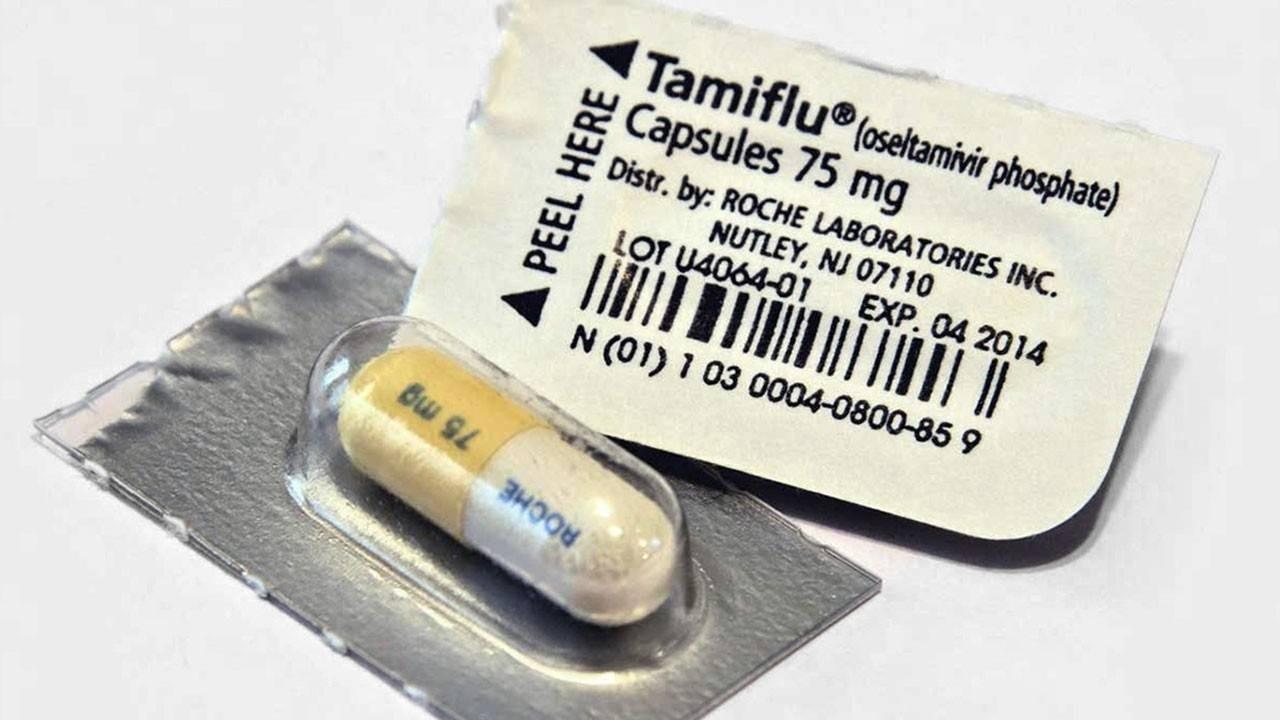 It’s a particularly nasty flu season, right – what should we do??

Last week, a student in my daughter’s elementary school died. An apparently healthy, active, and vital 10-year old child suddenly departed. Despite an initial announcement of “cause unknown,” the administrators followed up with a suddenly clear pronouncement that he died “from the flu.” Looking beyond the fact that now even school administrators feel entitled to give clinical advice (“if you haven’t yet received your flu shot, please do”), I was interested to see that this child’s flu vaccine status was not mentioned. I wondered if he had received the flu shot or taken Tamiflu – especially since both have been associated with sudden death in the pediatric population.1

It’s a “deadly” flu season, and the pharmaceutically-funded media would have you believe that you must head on over to CVS and get your flu shot to make it through the year. And if the flu shot doesn’t work – even the CDC estimates its effectiveness around 39%2 – well then, just head to your doctor and get treated with Tamiflu!

But is it really that simple? Is it possible that we are bumping up against the glass ceiling of the Simple Solution for Sickness? Many of us are rolling our eyes at the “10% off your shopping order!” flu shot incentives, and our sniffles don’t send us running to the doctor for antibiotics “just in case.” As our own memories tell a different story from the scary stories on TV (wait…the chicken pox and the flu are deadly? Mom, Dad…didn’t you both have Measles and live to tell the tale?), we are becoming less and less susceptible to fabricated lore. We are harder to scare into action. We are beginning to accept that the magic pill is a fantasy, and that this crisis of confidence in our medical system is no small hurdle to overcome. It is an initiation into a new belief system.

I believe that this initiation begins with information and understanding. This understanding leads to informed choices. These empowered choices lead to a new experience of trust in your body and in the natural world.

Let’s bring this back to earth with an example. Let’s look at the Simple Solution for the flu: Tamiflu.

Conventional medicine tells us that you can pull one thread of the spider web without impacting the whole design. So, is it possible that Tamiflu can enter your system, kill those nasty flu germs, and quietly exit without harming any innocents?

What is Tamiflu, and how does it work?

Tamiflu (oseltamivir) is prescription medication that is FDA-approved for anyone 2 weeks of age and older.3 It is designed to prevent the influenza virus from replicating and invading other cells. The pharmaceutical company that developed Tamiflu, Roche (also called Hoffmann–LaRoche), claims that Tamiflu can protect against getting the flu and reduce the severity of flu symptoms. Roche cites studies like a 1999 article in JAMA, in which authors write that Tamiflu “…provided significant antiviral, biochemical, and clinical effects in experimental human influenza virus infection. Prophylactic administration either once or twice daily completely protected against viral recovery in the upper respiratory tract and against infection-associated respiratory tract illness.”4

Well that sounds good, right? In 1999, Roche presented this study, along with two clinical trials involving 1,358 patients,5 to an FDA committee of medical advisors – but the committee declined to approve Tamiflu due to a lack of convincing data.

Let’s dive a bit deeper to see if the data are indeed unconvincing (the full-text of this article is free!). This study involved 117 young adults (median age was 21), split into several groups that ranged from 11 to 64 subjects. Any scientist or statistician will immediately warn you that those group sizes (called sample sizes) are too small to draw statistically significant conclusions. With that in mind, let’s continue unpacking this study… 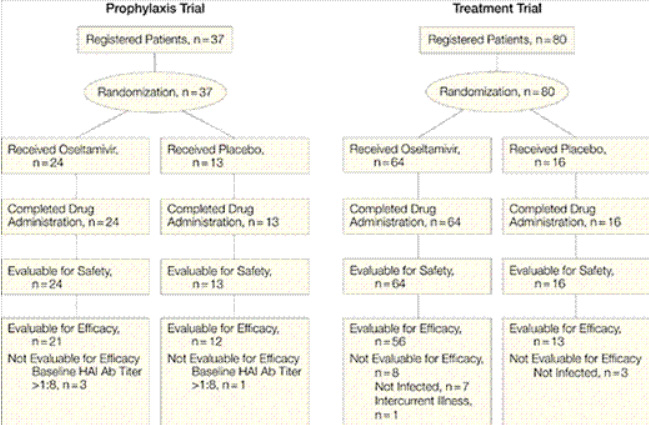 To measure the prophylactic effects of Tamiflu, researchers gave 12 people a placebo pill, and they gave 21 people various doses of Tamiflu before they stuck influenza virus into their noses. Flu-like symptoms were measured after viral inoculation, and people who had received Tamiflu were rated to exhibit lower symptom scores. From this experiment (based on a paltry 33 subjects), researchers concluded that Tamiflu indeed protects against getting the flu.

Next, to determine if Tamiflu reduced the severity of flu symptoms, researchers infected 80 people with the influenza virus (again in their noses). They gave Tamiflu to 56 people and a placebo to the rest. Then, researchers washed out people’s noses and measured the number of virus particles in their mucus. They reported that Tamiflu treatment reduced the number of viral copies in people’s nasal passages.

Quantifying the number of viral particles in people’s noses – after the flu virus was stuck into people’s noses – does not tell us anything about how the flu virus is spreading throughout the body. Anyway, for whatever reasons (you can use your imagination), FDA administrators overruled the medical expert committee’s suggestion and approved Tamiflu in October 1999.6 But the FDA hedged a bit and required the drugmaker to issue the following statement:

“Tamiflu has not been proven to have a positive impact on the potential consequences (such as hospitalizations, mortality, or economic impact) of seasonal, avian, or pandemic influenza.”7

Since its FDA approval, clinical trials touting the effectiveness of Tamiflu have been published – though a look at the authors and footnotes of these studies may give you pause. For example, Penelope Ward, MD has authored dozens of scientific studies that support Tamiflu,8 including the 1999 JAMA study we just deconstructed, a 2001 JAMA study with similar methods and conclusions,910 and an oft-cited 1999 study in the New England Journal of Medicine (NEJM) entitled ‘Use of the Selective Oral Neuraminidase Inhibitor Oseltamivir to Prevent Influenza’ – and she served as the Head of Clinical Development for Hoffman-LaRoche.11 Actually, let’s look at the footnote of the 1999 NEJM study:12

Overall, it appears that all the studies that support the efficacy of Tamiflu are funded by the pharmaceutical companies that stand to profit from its sales.

Fortunately, a group of unbiased medical experts at the US Cochrane Center13 re-analyzed data from 20 clinical trials like these, reporting their results in a 2009 BMJ article. Their meta-analysis showed that there was no significant evidence that Tamiflu reduced influenza symptoms or complications – the only possible positive association was that Tamiflu might decrease the length of time people exhibited symptoms by a few hours.14 Further, the reanalysis found that Tamiflu increased nausea.

As an interesting aside, Cochrane Center researchers noted that it took years-long concerted efforts to obtain clinical data from drugmakers.15 Along these lines, investigative articles published in The Atlantic in 200916 and 201317 suggest that political and financial motivations (to the tune of billions of dollars) underpin this Tamiflu delusion.

So where does this leave us? Perhaps Tamiflu doesn’t work that well, but is there any harm in taking it anyway, just to be safe?

A 2007 scientific report18 suggests that Tamiflu is in fact exceedingly dangerous. In the 6 years that Tamiflu was marketed in Japan, the Japanese Ministry of Health Labour and Welfare received 1377 reports of adverse reactions. Approximately half of these reactions were serious neuropsychiatric cases, including delirium, convulsions, and encephalitis. Eighty deaths were reported, and 71 were considered to be directly related to Tamiflu. Two of the most alarming deaths were suicides by 14-year-old teens on Tamiflu.19

A 2011 Japanese study found that those diagnosed with influenza had an almost six fold increased risk of deteriorating and dying within twelve hours of receiving Tamiflu.20

“These data suggest Tamiflu use could induce sudden deterioration leading to death especially within 12 hours of prescription. These findings are consistent with sudden deaths observed in a series of animal toxicity studies, several reported case series and the results of prospective cohort studies. From “the precautionary principle” the potential harm of Tamiflu should be taken into account and further detailed studies should be conducted.”

As such, Japanese authorities have advised against Tamiflu for adolescents, and the National Institute for Health and Clinical Excellence (the UK’s version of the FDA) recommends against Tamiflu as a preventative strategy in healthy people.21 Yet, American agencies like the CDC and FDA continue to push Tamiflu in spite of its documented side effects of hallucinations.22

Several recent news stories have highlighted these side effects of Tamiflu. For example, on January 15, 2018 a 6-year-old Texan girl took Tamiflu, hallucinated, and tried to jump out of a window23. About a week later, another Texan child, this time a two-year-old boy, suffered from hallucinations that caused him to repeatedly slap his mother.24

In a news article from January 24, 2018, the mother of a five-year-old girl who experienced severe hallucinations and seizure-like symptoms stated, “The flu is bad, it’s horrible, you feel helpless your child’s sick…I would take that a hundred times over the reaction she had to the Tamiflu.”25 Perhaps most telling is an article in Time entitled ‘Tamiflu Made My Kid Hallucinate. I Think the Flu is Preferable to Delirium.’26

Very sadly, a 6-year old girl named Emily Muth from North Carolina died this week – three days after being given Tamiflu.27 According to her mother, Emily suffered from labored breathing (a known side effect of Tamiflu) right before her tragic passing. 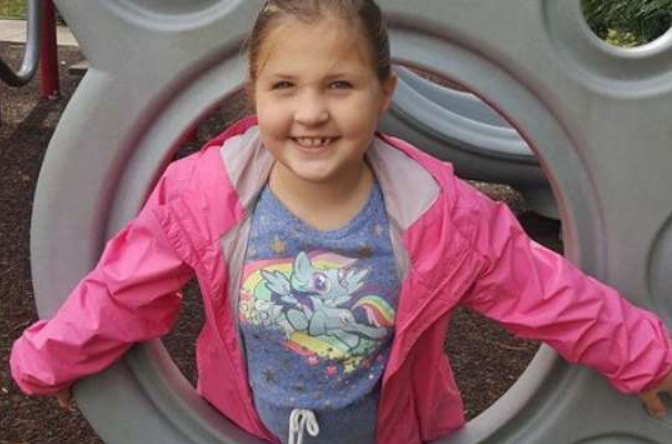 Unfortunately, Tamiflu is neither safe nor effective. I hope that presenting the terrible experiences of the children and families mentioned in this article will serve as a warning to prevent more tragedies.

When you understand that the preschool analogy of foreign invaders (germs) fighting your inner soldiers (immune system) has been rendered obsolete by our awareness of the microbiome (including the virome!), and the poetic reality that we are made up of the very organisms we thought that we were fighting…well, then pharmaceutical medicine seems something like cutting off your nose to spite your face.

This is when you can graduate to a deeper sense that illness is purposeful, that the body recalibrates through fever, and that we are simply here to support the body’s innate wisdom…the less fear, the better.

There are many evidence-based tools for supporting your body’s detoxification process including vitamins A and D, herbs like ginseng, elderberry, and ginger, and food-derived compounds like AHCC and beta glucan, and, my favorite in this case, homeopathy (Oscillococcinum).28 Take the cue to stop, rest, and just be – while your body does its wise work. 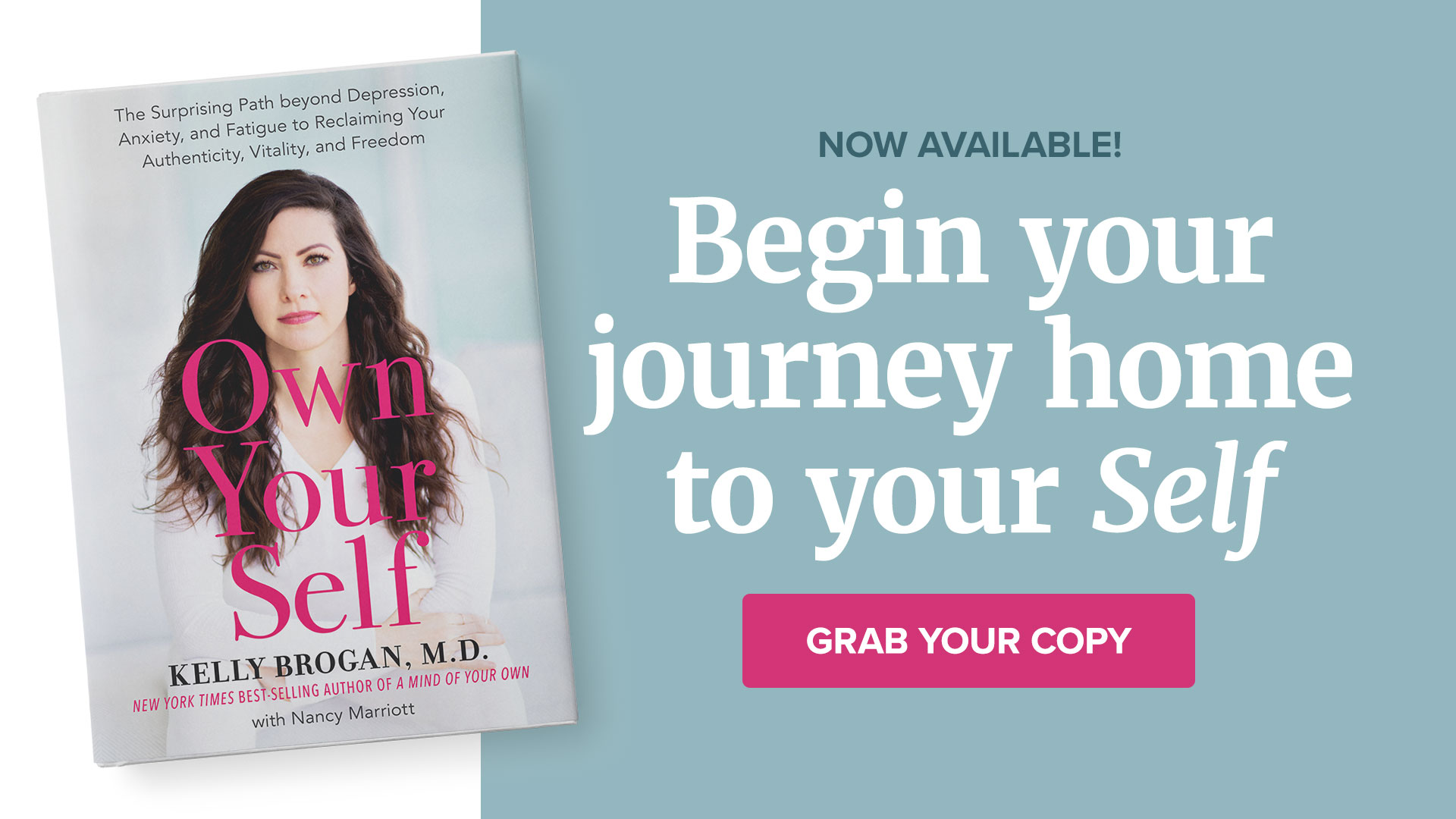