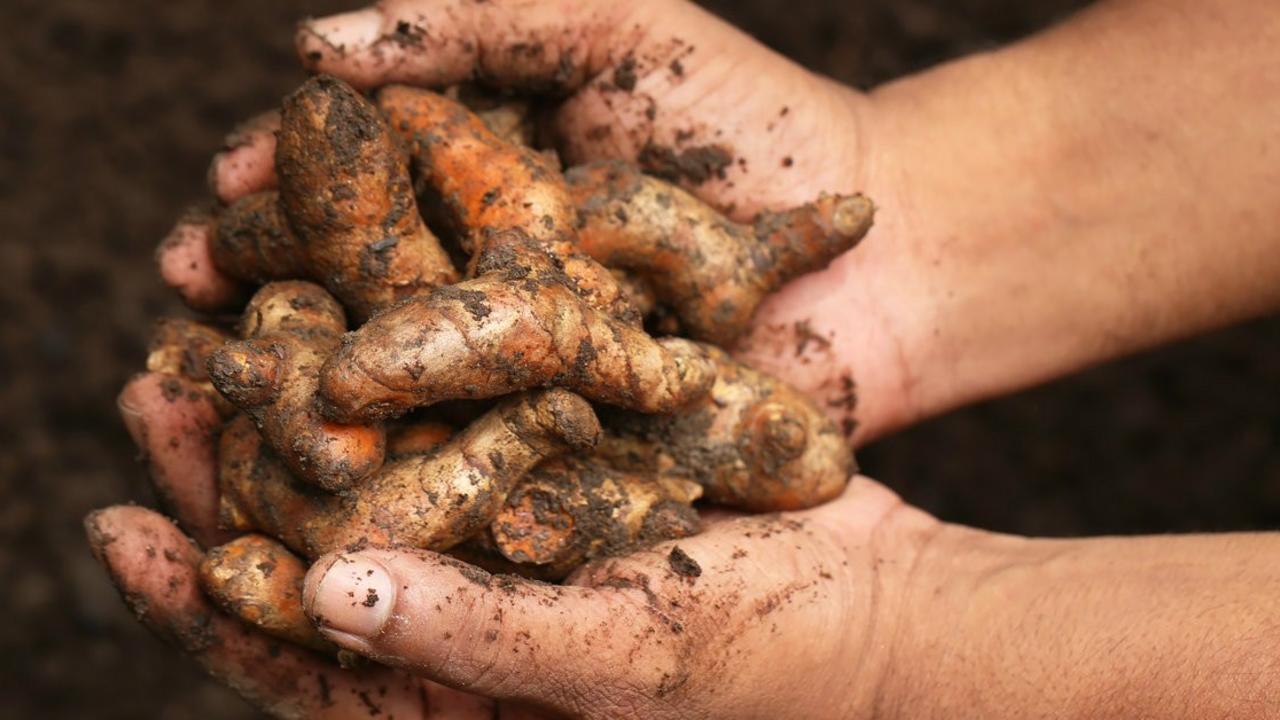 I was delighted to come across a recent scientific review article about curcumin, the active ingredient of turmeric (1). You may recognize turmeric as the bold yellow spice that is often used in curries. Turmeric first caught the interest of researchers because people who consumed lots of turmeric, like those of Indian descent, exhibited significantly lower rates of cancer (2).

Turmeric has been used for centuries as an Ayurvedic and Traditional Chinese Medicine treatment. Turmeric root is often ground into a powder and consumed as a spice. Recently, curcumin has been shown to be a powerful antidepressant and to protect the brain. Generally, curcumin works by counteracting the harmful chronic inflammation promoted by many aspects of modern life. Culinary turmeric is a mainstay in my treatment plan for my patients with depressive symptoms.

This January 2017 review compiled the findings of over 100 studies focusing on psychiatric conditions (1). One of the major conclusions of this analysis is that curcumin is effective against PTSD, OCD, and psychotic disorders in animal studies. In human trials, curcumin has only been studied for depression and anxiety.  These studies found that curcumin alone was effective in relieving acute anxiety (3). Curcumin also enhanced the effects of commonly-prescribed antidepressants like fluoxetine (Prozac) and desipramine (Norpramin) (1).

Four clinical trials have been done to determine if curcumin enhances the effects of SSRIs. In one study, people prescribed escitalopram (Lexapro/Cipralex) were given a supplement of 1000 mg curcumin or placebo. People who received curcumin combined with their SSRIs showed significant improvement compared to those who received SSRI and placebo (4). This finding was replicated in further studies, with one study finding that curcumin alone was as effective as Prozac (5).

In two separate trials, curcumin was a better antidepressant than placebo over an 8-week and 12-week period (6,7). Another study showed that curcumin was more effective than a placebo in reducing anxiety (3).

How does turmeric help anxiety and depression?

Research shows that curcumin influences many factors involved in anxiety and depression. Curcumin can help balance serotonin, dopamine, glutamate, and noradrenaline. Further, curcumin may benefit brain chemicals, and it can enhance the production of glutathione, an essential antioxidant for brain health. Curcumin can heal damage caused by heavy metal toxins (8). Research also suggests that curcumin is beneficial to hypothalamus-pituitary-adrenal (HPA) axis functioning, and it protects against oxidative damage (4). Interestingly, curcumin may also help with leptin resistance and intestinal permeability (aka “leaky gut”). Notably, curcumin appears to enhance your microbiome.

Recent studies have confirmed the anti-inflammatory effects of curcumin (9). People who took 1000 mg of curcumin for 6 weeks showed lower blood levels of inflammatory cytokines interleukin-1β and TNF-α, as well as lower salivary cortisol. This is an important finding since inflammation is linked to many psychiatric disorders. These people also showed higher levels of Brain-Derived Neurotrophic Factor (BDNF) following curcumin supplementation. Therefore, curcumin may also enhance focus and cognitive abilities (10).

Curcumin works in many ways to help psychiatric disorders.

How can I enjoy the benefits of turmeric?

Overall, scientific evidence points to curcumin as an effective strategy against anxiety and depression. However, we must remember that curcumin’s bioavailability, or the fraction of ingested curcumin that can be used by your body, is relatively low. Interestingly, combining turmeric with pepper and fat helps the absorption of curcumin (11). This likely helps to approximate the food-based use of turmeric, a complex dose of information for your body of which curcumin is simply one isolated component. That is why I recommend this turmeric latte as the tastiest therapeutic dose of curcumin!