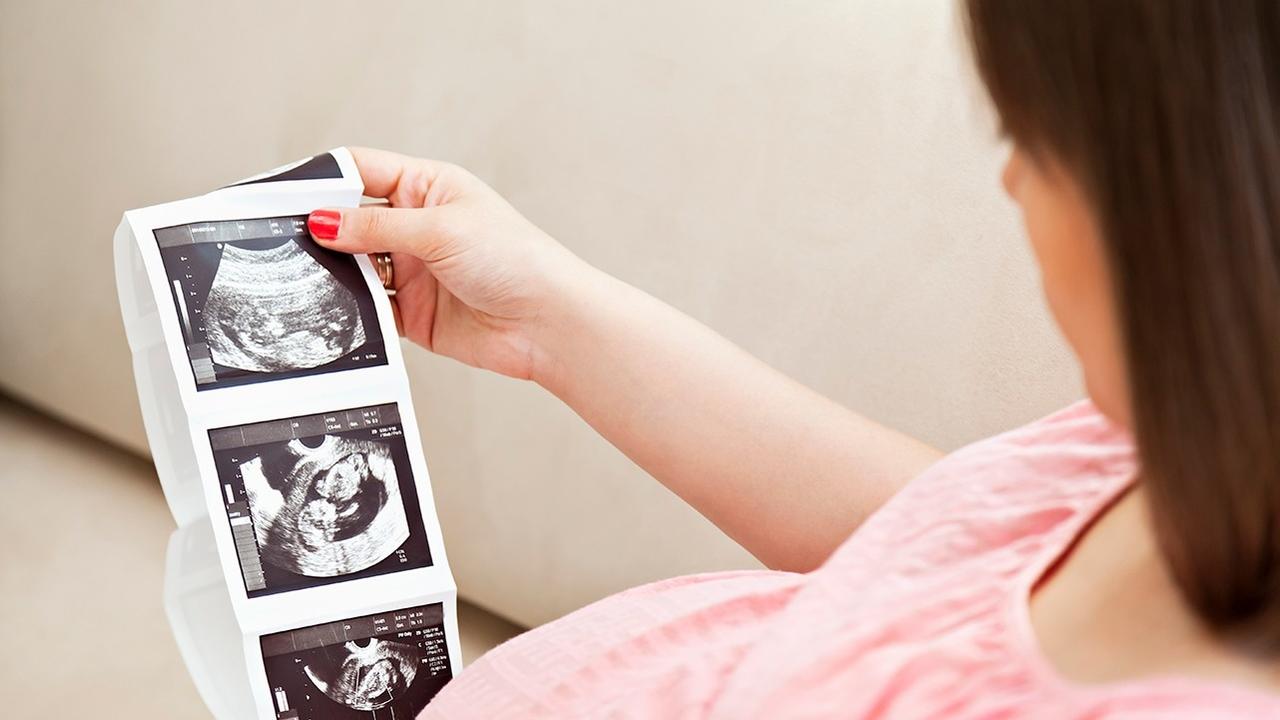 We want to trust. We want, almost need, to believe that medical and pharmaceutical interventions have been vetted. When our doctors tell us not to worry, we want to take their word for it.

Unfortunately, history has shown us that every recalled drug, every banned intervention, from Vioxx to shoe-store foot x-rays bore government-approved claims for safety and efficacy before they were pulled from the market.

Ultrasound may be no different.

Even the name seems gentle, doesn’t it? Ultrasound. It evokes the spa-like experience of the dark, quiet room, the painless glide of the wand over the skin.

When it comes to pregnancy, this intervention has slipped stealthily into the experience of nearly every pregnant woman alive today.

Who doesn’t want to see their baby? Who wouldn’t want to pass the test? Why bother engaging some woo-woo quest for spiritual communion with your unborn child when you can just sit back and watch the evidence on the TV screen?

This is how insufficiently studied medical interventions grab hold of our consciousness:

This is the outline of operations behind so many exposures facing our children today, many of which are synergizing to account for the >50% incidence of chronic disease and the 34th ranking for infant mortality world wide.

Our grandmothers were x-rayed in their pregnancies. Sounds like a bad idea, right? Well, x-rays were advocated as safe for decades before the tide turned, and now the American College of Obstetrics (ACOG), states:

“Ultrasonography involves the use of sound waves and is not a form of ionizing radiation. There have been no reports of documented adverse fetal effects for diagnostic ultrasound procedures, including duplex Doppler imaging...There are no contraindications to ultrasound procedures during pregnancy, and this modality has largely replaced X-ray as the primary method of fetal imaging during pregnancy.”

Grandfathered into FDA clearance, ultrasound studies largely ceased in the 1980s despite the fact that the FDA raised limits 8 fold in 1992 and current machines employ significantly stronger signals and are not standardized by any regulations. In the past several decades, ultrasound technology has evolved in terms of peak exposure and intensity (from 46 to 720 mW/cm2), and newer versions remain largely unstudied, frequently defective, and without federal requirements for operator training.

What Are They Good For?

In 2001, 67% of pregnant women had at least one ultrasound, and in 2009, that percentage jumped to 99.8% with an average of 3 per woman. A 2006 study found that pregnancies determined to be high-risk undergo an average of 4.2 ultrasounds.

The FDA admits that long-term effects of ultrasound “cavitation” are unknown. They self-sanction, however, by stating that “medically indicated” ultrasounds performed by obstetricians allow for benefits that outweigh the risks. Is this evidence-based?

With regard to “efficacy,” multiple Cochrane reviews have demonstrated a lack of perinatal mortality benefit for routine ultrasound in a normal pregnancy, and an increased risk of cesarean section with third trimester screening. A review of outcomes literature condemns ultrasound when used for dating, second trimester organ scan, biophysical profile, amniotic fluid assessment, and Doppler velocity in high and low risk pregnancies.

We want to believe that this intervention is improving the health of pregnancies, but that is not what has been demonstrated. False positive rates are significant on routine scan, and anxiety-provoking at best, and at worst, result in terminations for anomalies less severe than perceived by ultrasound as was the case in 1 in 200 ultrasound-influenced abortions.

Given the conspicuous lack of evidence for ultrasonography’s role in improving pregnancy and birth outcomes, one might ask why The International Society of Ultrasound in Obstetrics and Gynecology (ISUOG) unilaterally recommends that all pregnant women  have routine obstetric ultrasounds between 18 weeks and 22 weeks gestational age? One might also consider that ISUOG suffers from profound conflicts of interests, as evidenced by their public acknowledgment of partnership with the leading global obstetric technology companies, such as GE Healthcare, Phillips, Samsung Medison, Toshiba, and Siemens.

How Do We KNOW They’re Safe?

Proving safety with any modern diagnostic intervention with any empirical certainty is by principle impossible. If an adverse effect does not manifest for years to decades, or worse, is transgenerationally passed down, it would take lifetimes of what amounts to non-consented human experimentation to properly assess for safety in humans. The precautionary principle compels the manufacturers and regulators of a product to prove safety before it is released into the marketplace.

Ultrasound's effects on biological tissues are widely acknowledged, according to Plaksin, et al who state:

“Not only is ultrasound (US) widely used for imaging; its interaction with biological tissues is known to induce a wide variety of nonthermal effects ranging from hemorrhage and necrosis to more delicate manipulations of cells and their membranes such as permeability enhancement, angiogenesis induction, and increased gene transfection."

Animal data has been dismissed as having limited application to human pregnancies, including a recent study demonstrating behavioral abnormalities in mice exposed to 30 minutes of ultrasound in utero, and older data showing prenatal exposure to ultrasound impacts neuronal migration in mice. At least since 2008 it has been known that ultrasound wavelengths as low as 28 W/cm2 are capable of causing temperature increases at various depths in the brain of living fetal guinea pigs during in utero exposure between 1.2-4.9 degrees C. Clearly, a plausible mechanism for ultrasound-induced brain changes including changes to neuronal migration implicated in autism have been proposed.

According to Jim West, who has compiled the largest bibliography of human ultrasound studies:

“Unknown to Western scientists, the hazards of ultrasound have been confirmed in China since the late 1980s, where thousands of women, volunteering for abortion, thousands of maternal-fetal pairs, were exposed to carefully controlled diagnostic ultrasound and the abortive matter then analyzed via laboratory techniques.”

Involving 100 scientists and 2700 mother-fetal pairs, the data from approximately 65 studies do not appear on the NIH’s Pubmed, but can be found on Chinese databases. The studies employed electron microscopy, flow cytometry, and various biochemical analysis (immuno- and histo-) with results compared against those of sham-exposed pregnant women (exposed at zero intensity). Assessing brain, kidney, cornea, chorionic villi, and the immune system, researchers determined the amount of ultrasound exposure required to produce damage to the human fetus to be very low.

Today's pregnancies and today's children are bringing the concept of evolutionary mismatch to life. Just because a lifestyle and an approach to health have become normative does not make them consistent with what our genomes are expecting to see, based on millions of years of evolution. Antibiotics, psychiatric drugs, processed food, pesticides, industrial chemicals, vaccines, and ultrasound, couple with surgical birth and bottle feeding - this is not the way to make a healthy child. While we are looking for the smoking gun to explain why 1 in 6 of our children are learning disabled, we would be best served to reconcile our thinking with what the evidence is showing. Science is demonstrating the relevance of concepts like allostatic load, genetic snps, dysbiosis, and nutrient deficiency that render a pregnancy full of ultrasounds the loading of a gun shot by that Hepatitis B vaccine at birth, or perhaps 8 at a catch up visit a year later.

Even if ultrasound didn't load the gun, clinicians like Dr. Sarah Buckley argue that the very existence of ultrasonography opens up a psychic chasm within pregnant women, transforming the seamless experience of “being with child” into the possession of a scannable medical object, a locus of risk instead of a future healthy child. For these reasons and more, seek out pregnancy support that honors the unfolding of this largely enigmatic process and supports the mother-fetal dyad by sending an evolutionarily recognizable signal of safety through nutrient dense food, movement, calm. Homebirth midwives and doulas know just what this means.