Fever and the Nature of Acute Disease 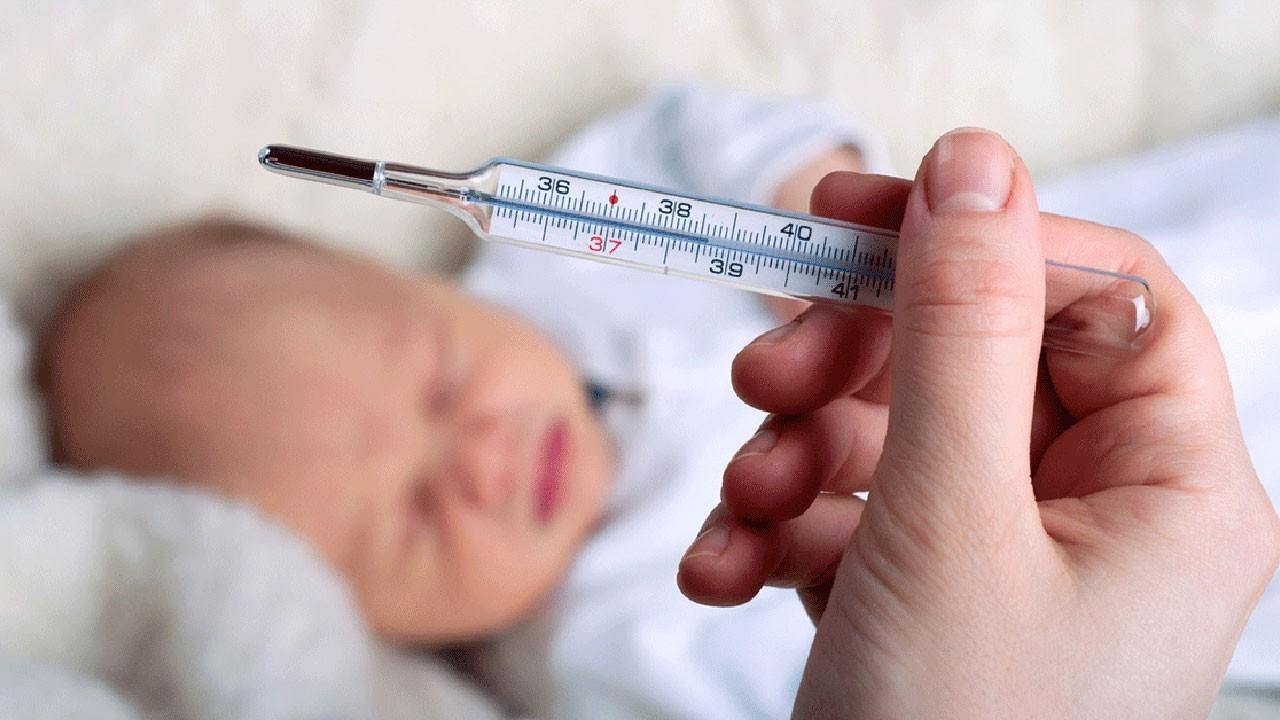 The following excerpt is from Dr. Cowan’s book Vaccines, Autoimmunity, and the Changing Nature of Childhood Illness, and is reprinted with permission from the publisher.

In November 1890, a twenty-eight-year-old surgeon named William Coley amputated the forearm of a young woman named Bessie Dashiell. A dear friend of John D. Rockefeller Jr., Dashiell was afflicted with a malignant bone tumor in her hand. Coley had recently joined the staff of New York City’s Memorial Hospital to work under the tutelage of Dr. James Ewing, a revered sarcoma specialist, and Memorial was considered the foremost sarcoma treatment center in the world. Nevertheless, Dashiell’s cancer persisted and spread throughout her body, killing the young woman in a matter of weeks.1

Shaken by Dashiell’s death and what seemed like Memorial’s far too frequent failures to treat sarcoma successfully with their advanced—for the time—surgical techniques, Coley began to analyze hospital records. He wanted to better understand the rates of success and failure over time. And he wanted to understand the factors. The results, he discovered, were dismal. Very few of Memorial Hospital’s sarcoma patients ever actually recovered.

The overwhelming failure was what made the curious case of a German immigrant and dockworker stand out. Records showed that the man was admitted to Memorial Hospital in 1883 with a malignant tumor in his neck. He was later discharged, having neither undergone surgery nor showing any further evidence of a tumor in his neck. Fascinated, Coley sought the man out, found him alive and in good health, and asked about his experience. What Coley learned was that while in the hospital waiting for surgery, the man had contracted a virulent case of erysipelas, a grave and painful strep infection of the skin.2

Erysipelas is usually accompanied by intense pain, redness, and high fever. In the pre-antibiotic era, it was not uncommon to see temperatures as high as 105 degrees for weeks at a time in a patient suffering from erysipelas. Nor was it uncommon for patients to die from erysipelas. This patient, however, recovered, and his sarcoma vanished. The surgical procedure was cancelled and the man was discharged.

The History of Fever and the Role of the Immune System

Cases like this are typically attributed to “spontaneous remission for unknown reasons,” but Dr. Coley began to investigate the history of fever and the role of the immune system in treating cancer and other diseases. He discovered in the scientific literature that most so-called spontaneous remissions occurred in patients who had had a concurrent acute febrile illness. He also found a history of physicians using fever therapy in the treatment of their patients. And he learned that European doctors were injecting cancer patients with bacterial toxins to induce fevers. In 1891, Coley began to experiment.

In the beginning, he simply injected patients with Streptococcus pyogenes, the strep bacteria that causes erysipelas.3 Among patients who contracted erysipelas as a result of the exposure, approximately 20 to 40 percent died from the infection. Roughly another 20 to 40 percent experienced no noticeable impact on the sarcoma. And roughly 40 percent experienced remission.4 These results are intriguing and significant, for two reasons: First, for the first time in modern medical history a nonsurgical therapy resulted in the durable remission of a significant number of patients with an otherwise incurable form of cancer. And, second, no matter how successful the therapy, a 20 to 40 percent mortality rate is too high a price to pay. Coley, emboldened, began looking for a better way.

After several years of experimentation, he was able to isolate the S. pyogenes endotoxin—part of the outer membrane of the cell wall in Gram-negative bacteria that elicits a strong immune response, including fever—and mix it with the endotoxin from Serratia marcescens.

Each of these endotoxins can provoke significant fevers on its own, but since Coley was using only the part of the bacteria that provokes the immune response, he surmised that there would be a greatly reduced risk of life-threatening infection compared to simply injecting patients with live bacteria. Dr. Coley injected this mixture—known as Coley’s Toxins—into patients at increasing doses, depending on their tolerance, provoking fevers of up to 105 degrees on a daily basis for a month. Amazingly, Coley’s gamble (with other people’s lives) paid off. The death rate plummeted, and the benefits of the fever therapy remained.

Coley treated nearly a thousand patients, mostly with inoperable sarcomas, and his toxins—eventually there were thirteen different formulations—were made available to physicians across Europe and North America from the pharmaceutical firm Parke Davis and Company.5 A 1945 study calculated a 60 percent cure rate among more than 300 cases of inoperable cancer.6 This is astonishing and, in fact, far surpasses anything modern oncology has to offer for stage 4 cancer patients.

For decades, Coley’s Toxins were used all over the United States and Europe in the treatment of a wide variety of cancers, but never without controversy, in part because Coley could never quite explain how his concoctions worked and in part because results were unpredictable. As early as 1894, Coley’s Toxins were criticized severely by the Journal of the American Medical Association (JAMA), which declared, “There is no longer much question of the entire failure of the toxin injections as a cure for sarcoma and malignant growths.”7 And James Ewing, fanatically obsessed with radiation treatment, forbade Coley to use his treatment at Memorial Hospital.

Coley’s Toxins were outright banned in 1962 when the Food and Drug Administration refused to acknowledge them as proven drugs.8 The postwar years were, of course, also the early heady days of radiation, chemotherapy, and the cusp of the genetic revolution—a time when treating a sick patient with something as simple as the induction of a fever began to seem quaintly medieval compared to blasting a patient with the latest technological firepower. The medical world had discovered aspirin and acetaminophen (Tylenol) to suppress fevers and had begun routine use of antibiotics. The idea of the human being as a self-correcting organism, with the primal event of producing a fever as its main tool, no longer had a place in the armamentarium of the modern doctor.

Understanding the Nature of Disease

What does all of this have to do with the changing nature of childhood illness and vaccines? Broadly, it has to do with how we’re looking at health and disease.

We (modern doctors) have forgotten (or never learned) that acute disease—disease that is typically self-limiting and usually accompanied by fever, rash, and pus—is the primary way the body rids itself of unwanted toxins or other substances. For example, if you get a splinter in your finger and do not remove it, your body may make pus to expel it. The pus is the therapy for the splinter, not the disease to be treated. The splinter, technically speaking, is the disease. If you think of the pus as the disease because it is an infection, you might take antibiotics, but the splinter remains. This mistreatment of acute disease is a fundamental mechanism for chronic disease. In order for a disease to become chronic, there needs to be an insult, often a toxic exposure, and then a suppression of the body’s attempt to detoxify.

These days, talking about “noxious influences” sounds naive, even childish. We are much more interested in genetics. We furiously attempt to characterize specific mutations occurring in the cells of a specific tumor. We spend billions of dollars a year doing research on DNA sequences in these distorted cells. We have been doing this work for about five decades, and yet there has been only minimal improvement in the prognosis for cancer patients.

For the thirty-plus years that I’ve worked as a family doctor, whenever I saw a sick child, my first thought was whether I could help the child through the sickness without suppressing her symptoms. For twelve years, I also worked part-time as an emergency room doctor in New York and New Hampshire, and it was a constant source of frustration to me that I had almost no control over how patients who came into the ER were treated, particularly when it came to their symptoms. Children with temperatures over 99.5 degrees were immediately given acetaminophen to “bring their fever down,” sometimes even in the waiting room before I got a chance to see them. Once the fever was suppressed, the child would be evaluated to see if he had signs of a bacterial infection. If he did—bronchitis, sinusitis, or an ear infection—antibiotics would be administered to “clear up” the infection. These interventions take place thousands of times per day across America, with little thought to the role of infections, fever, and acute illness in the maturation of the child’s immune system.

Don’t Ignore the Importance of Fever in Developing the Immune System!

Understanding the role of acute disease, in general, and fever, in particular, in the prevention and treatment of disease would do more to improve the health of our children than perhaps any other intervention or medical breakthrough. Any medical worldview that ignores the role of fever and acute illness in the development of the immune system—as our medical establishment currently does—will also be fundamentally misguided in treatment protocols—as our dominant medical establishment currently is. This is particularly serious in relation to vaccines, where we are dealing with the developing immune systems of very young children.

Thomas Cowan, MD has studied and written about many subjects in medicine, including nutrition, homeopathy, anthroposophical medicine, and herbal medicine. He has served as vice president of the Physicians’ Association for Anthroposophic Medicine and is a founding board member of the Weston A. Price Foundation. He is the author of numerous books including Human Heart, Cosmic Heart (Chelsea Green, 2016) and Vaccines, Autoimmunity, and the Changing Nature of Childhood Illness (Chelsea Green, 2018).