Depression: What Is It Good For? 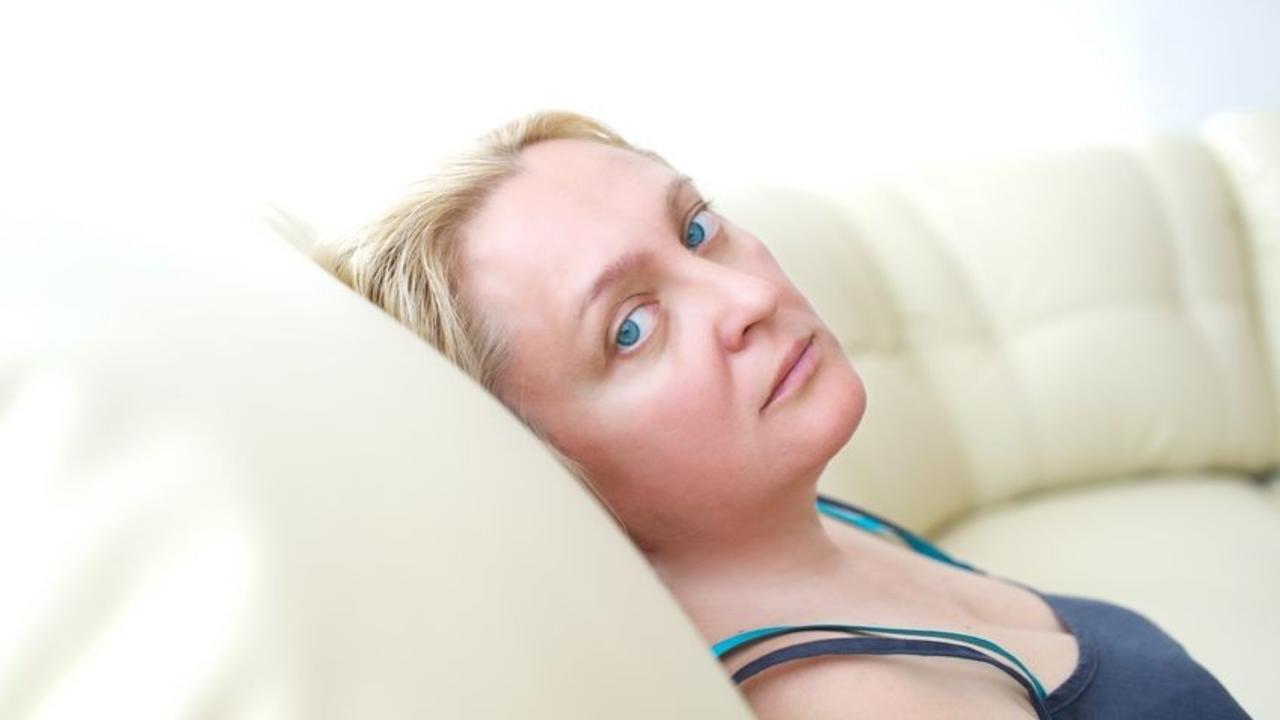 Was depression once an adaptive response to the environment? I'm generally of the opinion that the body doesn't make mistakes and that millions of years of evolution were in the service of millions of years more. A review in the Journal of Affective Disorders by Durisko et al attempts to answer the question, "Why?" we get depressed, rather than just looking at how, and what to do about it. Often the best approach to root cause resolution of symptoms, comes from an understanding of the reasons that the body is responding in the way that it is.

Speaking to the concept of evolutionary mismatch, the authors state:

...modern humans exist in environments that are critically different from those in which we evolved, and that our new environments interact with our ancient genomes to lead to disorder...In this perspective, these functions may or may not be adaptive in modern environments, but historically accomplishing these functions has promoted fitness and that is why the symptoms of depression have evolved. An adaptationist approach attempts to identify these functions in order to better understand the current mechanisms underlying some instances of MDD.

So, depression may have served a purpose at some point, but the nature and intensity of today's modern-day triggers may be leaving more of us depressed (up to 41% of us!) more of the time than seems reasonable. This perspective encompasses the inflammatory or cytokine model of depression which posits that both psychological stress and bodily inflammation result in brain-based changes that are immunoinflammatory in nature.

Here are some of the proposed purposes, evolutionarily of depression: 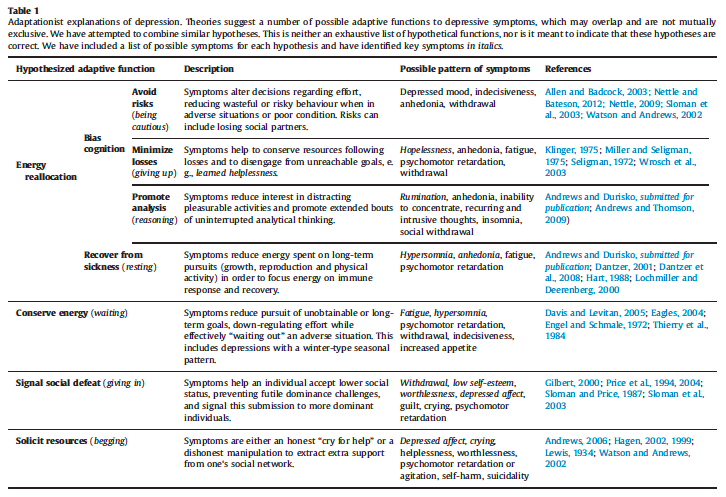 Given this, they discuss how antidepressants are missing the mark, and why their prescription should be reconsidered, citing side effects including (references in original article removed for brevity):

...headache, nausea, insomnia, sexual dysfunction, agitation, sedation, hyponatremia, stroke,cardiac conduction defects, and increased risk of mortality. The long-term use of antidepressants may be associated with additional adverse effects. For instance, some antidepressants may be weakly carcinogenic or cause osteoporosis. Antidepressants have also been associated with an increased acute risk of suicide in younger patients while they may decrease the risk of suicide in older patients or with longer-term use. Also, all major classes of antidepressants have been associated with unpleasant (and sometimes dangerous) symptoms when they are discontinued abruptly. Discontinuation of antidepressants is associated with relapse and recurrence of MDD. In a meta-analysis, this risk was shown to be higher for antidepressants that cause greater disruption to neurotransmitter systems, which the authors suggest is consistent with the oppositional tolerance expected when disrupting homeostatic adaptations. Similarly, there is a growing body of research suggesting that when they are used in the long-term as a maintenance treatment, antidepressants can lose efficacy, and may even result in chronic and treatment-resistant depression. Such reactions may be due to the brain‘s attempt to maintain homeostasis and a functioning adaptation in spite of the medication.

This is a profound summary of the perspectives I have curated since my departure from conventional practice. The call to action, here, is to view depression as the vague descriptive term that it is. As we say in Functional Medicine, your toe can hurt because you have a string tied tight around it, dropped a hammer on it, or have an infection in your toe. Understanding that the hurt is not the enemy, but is an indicator of a particular bodily response that is happening for a reason, is a revolutionary perspective. It begs our mindful attention and investigative efforts to support a return to balance.