A Case of Gut-Induced Mania 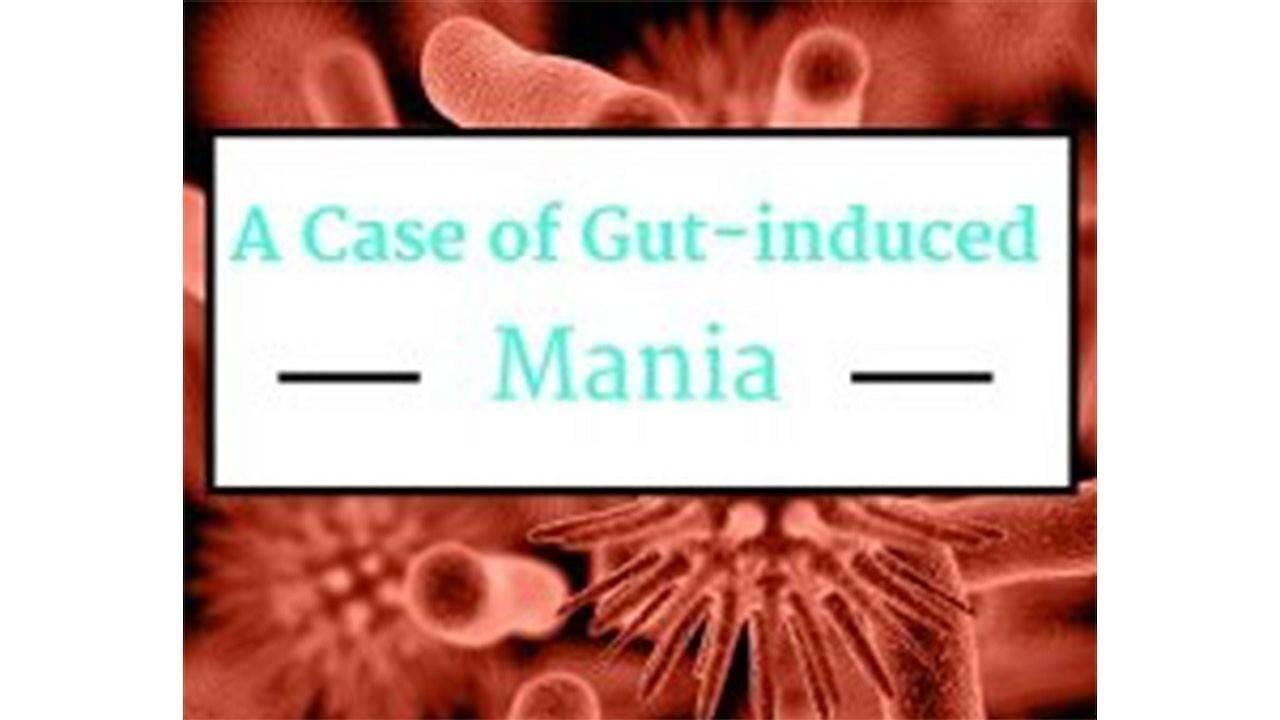 Sometimes, it just takes one case to bring an entire medical construct to its knees. Because if the current model can't encompass it, then the model must evolve to accomodate the seeming outlier. Currently, psychiatry is in a freefall. With its priesthood abandoning its own tenets around biomedical explanations for mental illness, there is room now, for a new model to emerge.

In this model, behaviors stem from many different stalks. Mania and even psychosis may represent transitional awakenings that our mechanically-oriented, productivity-focused secular society makes no room for. It has been my passion to illuminate the reversible physiologic causes of behavioral disturbance, from panic attacks to ADHD, that melt away when the body is supported. These can range from blood sugar imbalance to single nutrient deficiency to thyroid dysfunction. When the body is well, the mind can be free, and purposeful examination of one's life can begin.

One thing is now clear: bipolar, depression, schizophrenia, panic, ADHD, eating disorders, PTSD, and the many other descriptors in the ever-expanding DSM are not medical diagnoses unto themselves. Not one of these labels has a validated scientific model to support it. Not one of them is what pharmaceutical companies and your friendly doctor have told you they are - a chemical imbalance you were born with that requires a chemical fix, for life.

So, I have to wonder how the guild of psychiatry would respond to a case report of acute mania resolved with charcoal.

Not lithium. Not Zyprexa.

No, this was a gut problem that gave rise to behavioral symptoms, that resolved with a gut intervention. And it wasn't some fatigue and forgetfulness, it was hospitalization-level psychotic mania.

In the report, Resolution of a manic episode treated with activated charcoal: Evidence for a brain–gut axis in bipolar disorder, Hamdani et al describe a 46-year-old woman admitted to for new-onset mania with symptoms of "agitation, irritability, logorrhoea, reckless spending associated with delusional ideas and hallucinations " 15 days after a gastric bypass surgery.

There is substantial evidence that bipolar disorder can be associated with an abnormal immuno-inflammatory background (Goldstein et al., 2009); therefore, we suspected that this inaugural manic episode occurring shortly after gastrectomy could have been induced by altered gut microbiota and intestinal barrier dysfunction (Collins and Bercik, 2009). Consequently, we hypothesized that activated charcoal, a potent adsorbent of inflammatory cytokines (Howell et al., 2006) that neutralizes the effect of inflammatory mediators in the gut, may improve both systemic inflammation and manic symptoms.

They measured inflammatory markers, noted elevation pre-treatment and decline after two weeks of charcoal, at which point the patient was asymptomatic, with no psychotropic intervention (of course, it's always possible that with no intervention, these symptoms would have resolved through native physiologic recallibration). The plausible mechanism here, a cytokine storm, is a potential result of the microbiota and gut lining disruption that can allow for movement of inflammatory triggers like LPS into the systemic circulation. In fact, levels of cytokines have been shown to predict hospitalization for manic symptoms.

How and why this manifests as one psychiatric symptom versus another is unclear, but we are learning that gut-based shifts can have real-time effects on mood. We saw that with a randomized trial of gluten exposure, and continue to build upon a now broad base of literature supporting the role of inflammatory signaling in brain health and behavior. Bipolar disorder diagnosis as a result of immuno-inflammatory dysfunction has been explored in the literature positioning mental health symptoms on a continuum of systemic imbalance.

There are myriad ways to address the gut-brain connection from nutrition to meditation, and odds are this woman could have avoided surgery and the psychiatric aftermath if these lifestyle interventions had been prioritized. It's time we relearn and remember ancient wisdom underpinning all traditional medical practices: it begins in the gut.