Can Pharma Improve on Nature? HPV Vaccine vs Natural Infection 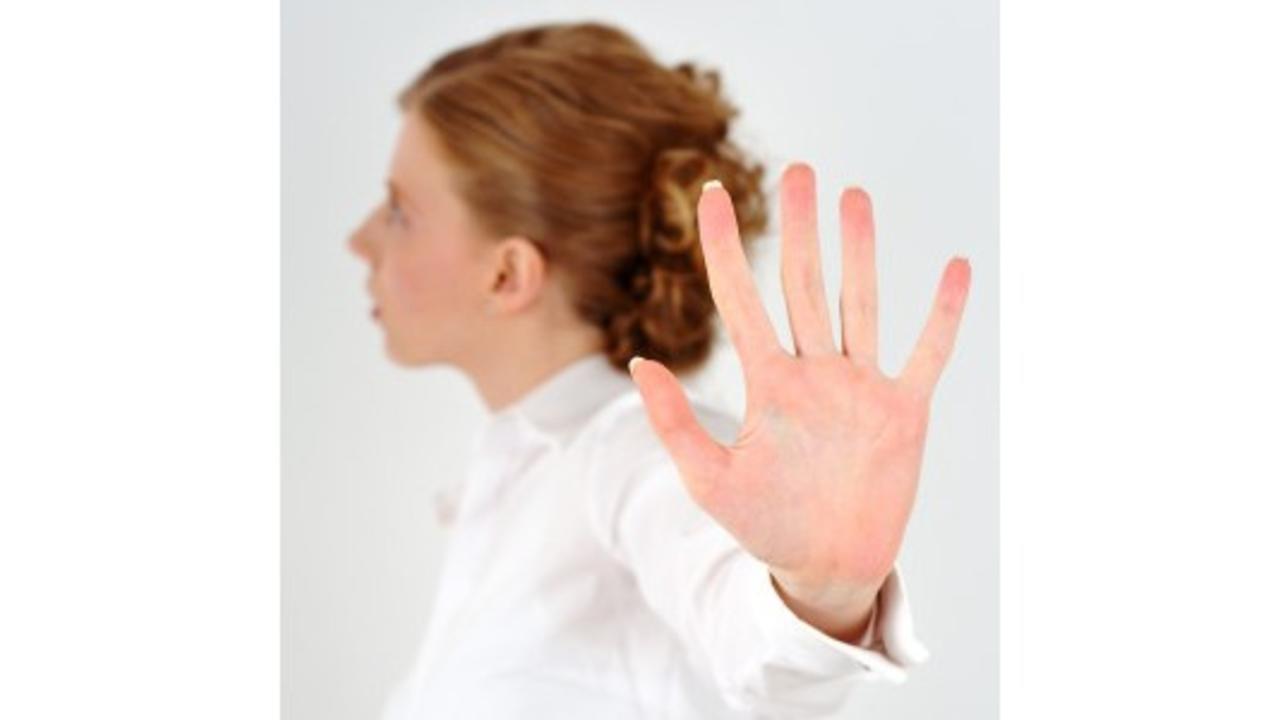 Behind every vaccine is an assumption. That HPV causes cervical cancer, that cervical cancer causes death, and that a vaccine can effectively interfere with this linear relationship is the assumption to be examined in this article. Cervarix is a vaccine recommended to girls beginning as early as 9 years old, intended to protect against HPV strains 16 and 18 upon completion of a 3 dose series. It is an aluminum-containing product, with notable "immunogenicity".

In addition to this startling finding – additional GSK-funded research from this year revealed that the HPV vaccine may not protect women against high-grade squamous intraepithelial lesions, dysplasias.

If, in fact, the HPV vaccines do not work as widely advertised, and natural HPV infectious exposures actually protect against the progression of HPV linked cervical changes to cancer, then taken together, both these findings challenge the most fundamental assumptions within vaccine science (aka vaccinology), and render highly dubious the oft repeated rhetoric that natural HPV infection is juggernaut –like deadly force the best defense against which are  universal immunization campaigns.

The groundbreaking new study titled, Risk of newly detected infections and cervical abnormalities in women seropositive for naturally-acquired HPV-16/18 antibodies: analysis of the control arm of PATRICIA, analyzed data from the non-vaccinated control arm of the Papilloma Trial against Cancer in Young Adults (PATRICIA), to ascertain whether natural HPV16 and HPV18 antibodies reduced the risk for new HPV infection and/or cervical abnormalities over a 300 day period. A total of 16,656 women were included in the study's control arm (8,193 women in the HPV16 analysis and 8,463 women in the HPV18 analysis), with none of the women being administered the HPV vaccine.

It should be noted that this is one of the first studies to look at the natural history of HPV infection and immunity, as well as one of the first studies to show the validity of using the control arm data from vaccine efficacy trials. The control arm did, however, receive three doses of the Hepatitis A vaccine. As there are no vaccine studies in existence using a true non-vaccinated control group, the natural incidence of a disease, as well as the true risks of a vaccine cannot be effectively assessed.

The study found that the presence of natural antibodies against HPV16, considered one of the most malignant of the over 120 unique types identified, lowered the risk for newly detected infection and a type of abnormal pap smear result known as ASC-US+ or 'atypical squamous cells of undetermined significance'.  The same protective effect was found for natural HPV18 antibodies, only to a lesser extent.

While the presence of HPV antibodies (seropositivity) overall was not associated with the development of the so-called cervical 'premalignancy' known as CIN1+, i.e. cervical intraepithelial neoplasia grade 1 or higher, those with the highest antibody levels at baseline had a significantly reduced risk of developing CIN1+ compared to women without detectable HPV antibodies (seronegative women).

Given that the entire justification for vaccination is based on the observation that surviving natural exposures to infectious challenges results in lasting immunity, this finding is not that surprising. HPV is no doubt one of countless infectious challenges the body's elaborate and highly effective adaptive immune system countermands, often subclincally/asymptomatically[1] . Even the authors of the study acknowledged: "Naturally acquired antibodies can remain detectable for at least 4 to 5 years, albeit at much lower levels than those induced by vaccination."  Given the outcomes demonstrating protective efficacy of these lower levels of antibodies, questions may be raised about other elements of the immune system at play in successful pathogenic defense.[2]

The study brings to the fore three major realizations:

The authors reference the acquisition of identifiable antibodies in only 50-70% of women infected with HPV-16 or 18. What is happening in the rest of the cases? The authors suggest that those with previous infection but without antibodies may have mounted a cell-mediated response that also conferred protection not assessed in this study (or acknowledge to be relevant by vaccine manufacturers). This is tacit acknowledgement of the biochemical individuality that underlies immune response, rendering a reductionist one-size-fits-all model inappropriate for preventive medicine.

2. It appears there is a correlation between antibodies related to infection and protection from dysplasia (cellular abnormalities) rather than infection progressing definitively to cancer. The commonly held notion that naturally transmitted HPV infection and subsequent elevation of antibody titers is a disease process that leads inevitably to tissue pathology and possibly precancer or cancer, rather than an instance of the immune system effectively meeting the HPV viral challenging and responding with an appropriate antibody response, conferring lasting immunity, is debunked by this new study. Clearly, natural infection not only prevents reinfection, but even reduces the risk of HPV's potential induction of dysplastic cellular changes associated with cancer.

If infection occurs naturally, even with progression to cellular changes, 91% will spontaneously resolve within 36 months,[1],[2],[3] and perhaps more rapidly with interventions such as those described here: "Guarding Our Youth," and here: "Natural Herbal HPV "Cure" Discovered."

3. An acknowledgment of the unknown differences between vaccine-induced and natural antibody-mediated immunity.  The authors of the study noted that there are "some differences between naturally-acquired versus vaccine-induced antibody production." They discuss that while vaccine-induced antibody increases are far higher (as much as 45x higher), "antibody properties such as affinity, avidity, and specificity may also be different." Remarkably, the study found a statistically significant quantitative relationship between antibody titers acquired naturally through "HPV-16 infection and the incidence of newly detected and 6-month persistent HPV-16 infection and HPV-16 associated ASC-US+, respectively." They observed a 90% risk reduction of incident infection in association with antibody titers of approximately 370, 204, and 480 EU/ml. And yet, the authors emphasized that "these values do not represent correlates of protection with regard to antibody levels induced by vaccination," since in the PATRICIA trial vastly higher antibody titers were generated 1 month after the full vaccination course:  9341, 4769 EU/ml for HPV-16 and HPV18, respectively, but without exponential increases in vaccine effectiveness, as would be expected if antibody titers alone were a measure of effectiveness.

Additionally, the authors insinuate that natural HPV infection may be superior to HPV vaccination by conferring more encompassing protection against HPV subtypes:

Thus, natural infections are likely not restricted to the generation of L1 antibody responses but would be expected to include a spectrum of HPV-specific cell-mediated and humoral immune responses that could contribute to reduction in new infection.

Given the possibility that HPV infection itself confers protection against HPV reinfection and its more serious health implications (e.g. CIN1+), and that the HPV vaccine may not offer the same level of protection that our inborn adaptive immune responses to natural HPV infection does, we should pause to question the dominant HPV memes circulating out there – via the CDC, the pediatricians, the mainstream media – that proffer HPV is a 'vaccine-preventable' disease that we are morally and socially obligated to engage 'preventively' through vaccinating every susceptible adolescent on the planet.  This fear-borne meme driving the herd to vaccinate against HPV—and everything else —is at least as infectious as the very virus they falsely promise their bivalent and quadrivalent vaccines will defeat.

When we consider that the HPV vaccine has recently been found to present an "unavoidable" vaccine danger to those to which it is administered, that the PATRICIA trial found 35-36% of the subjects had "medically significant" adverse effects,  and that a growing body of peer-reviewed published literature already links it to over a dozen serious health side effects including death, what does a sane parent do? There is a growing chasm between policy makers driving mandatory HPV vaccines into schools, homes and workplaces, and the voice of reason and the precautionary principle that stands firm against any obviously unnecessary medical intervention that has not been adequately proven safe in extensive animal and human clinical trials.

If we are to establish safety and efficacy in the realm of a pharmaceutical product that is delivered to all individuals without regard for genetics, pre-existing conditions such as autoimmunity, inflammatory or neuroendocrine status, it is essential that vaccinated versus unvaccinated (without delivering adjuvants such as aluminum as a control) long-term trials be undertaken. The grounds for dismissal of this most basic clinical trial are steeped in propaganda such as "vaccines are safe and effective, such that withholding them is an unethical assault on public health". Perhaps it's time for us to truly see how safe and effective they are by engaging in basic scientific methodology. We might find that everything we thought was true, is far from it.