Beyond Genetics: Is Type 1 Diabetes a Lifestyle Disease? 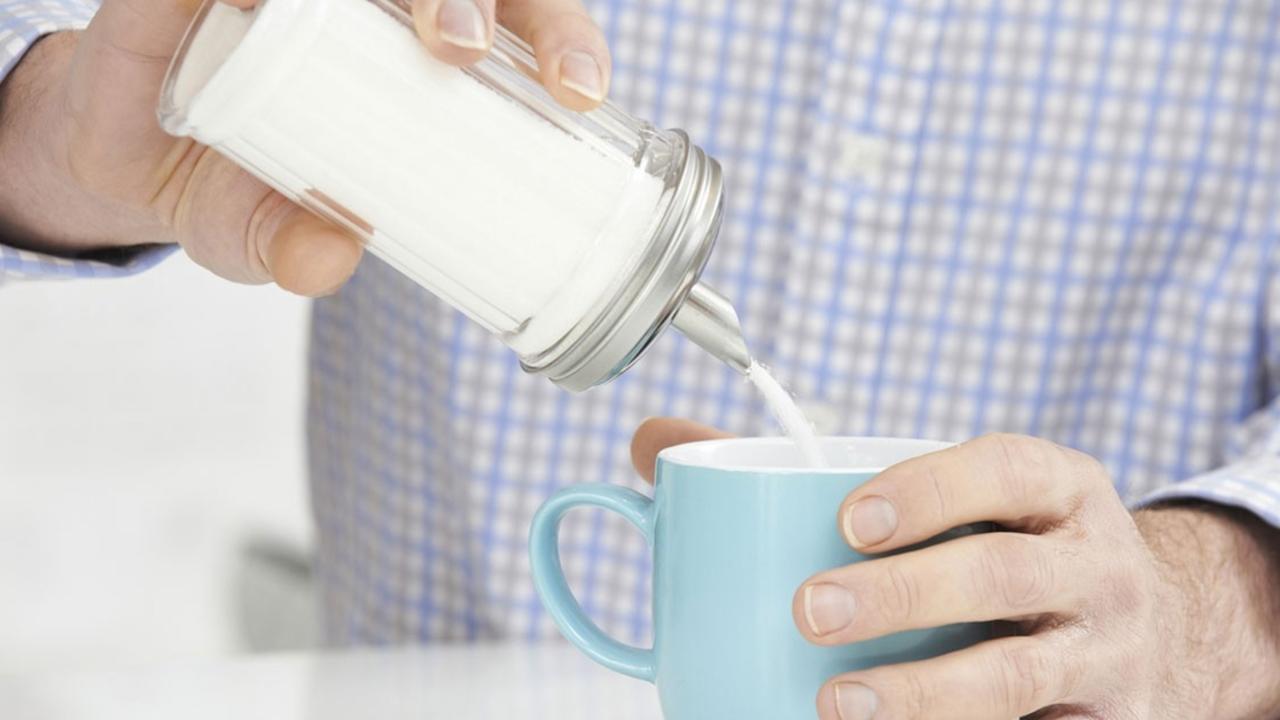 Let food be thy medicine and medicine by thy food. — Hippocrates

The conventional practice wisdom is that type 1 diabetes (T1D) is “an incurable genetic disease,” implying that its sufferers will be condemned to a lifetime of daily blood glucose checks and insulin doses. Most people who are living with T1D have been forced by their doctors to simply accept that “this is just the way it is,” that syringes, pumps, pens, injectors or patches will be part of their daily routines, for the rest of their lives.

But what if I told you that T1D could be reversed with diet and lifestyle changes?

Type 2 Diabetes Is Reversible… But How About Type 1?

We know, from numerous studies, that type 2 diabetes (T2D) can be reversed by changes in diet and lifestyle. For example, an Australian study found that reversing the urbanization of 10 type 2 diabetic Aborigines either normalized or significantly improved their metabolic abnormalities (insulin secretion and insulin action) in just seven short weeks. And reducing their hyperglycemia restored, at least in part, their pancreatic beta cell insulin secretory function (Hansen et al., 2014).

After reverting to their traditional hunter-gatherer lifestyle, there was a striking reduction in the basal (fasting) glucose concentration and a less marked, but nevertheless significant, improvement in glucose removal after oral glucose.

So, what exactly, you may be wondering, did they eat? Well, their urban diet had consisted mainly of flour, sugar, rice, carbonated drinks, alcoholic beverages (beer and port), powdered milk, cheap fatty meat, potatoes, onions, and variable contributions of other fresh fruit and vegetables. But once they returned to their hunter-gatherer roots, they ate only what they could hunt or collect, which included: meat (beef, kangaroo), fresh-water fish and turtle, birds, vegetables, yams, figs and bush honey.

The evidence you’re about to read will show you how non-pharmaceutical approaches such as custom-tailored diets, dietary supplements and beneficial gut bacteria can potentially manage, reverse, or prevent T1D in the first place, as well as, for that matter, other autoimmune diseases.

Around 3 million Americans have T1D, but the occurrence of T1D is now increasing at an annual rate of 3% — 86,000 are children (IDF, 2015). Does this suggest that there are other forces at work besides genetics? Do diet, lifestyle and environmental factors play a greater role than we’ve been led to believe?

While it’s true that some studies have shown that certain genes (e.g., the HLA family) can play a role in the development of T1D, genes don’t guarantee that you’re destined to be — or not to be — diabetic. They’re risk factors (as is an unhealthy diet!) that don’t take into account all the individual characteristics of you.

You probably know that T1D is an autoimmune disease. Type 1 diabetics have “killer T cells” that are activated to respond to injury and inflammation in the insulin-producing islet beta cells in the pancreas (a glandular organ behind the stomach), which means that the pancreas can produce little or no insulin. For an increasingly large pediatric population, vaccine-induced inflammation may be a root-cause driver (Classen, 2012; Wahlberg et al., 2006; Watad, 2016).

Insulin is the essential hormone that’s responsible for regulating our blood sugar levels and turning blood sugar into cellular energy.

But what you may not be aware of is the interconnectedness between your gut, brain, hormones, and immune system. And understanding this is the secret to understanding how diet and lifestyle can reverse diabetes.

We know that people with T1D have impaired gut barrier function, and that impaired microbiota has been implicated as the culprit (e.g., Mariño et al., 2018). Microbiota are the microbes or organisms (e.g., bacteria) that live inside your gut — in fact, there are around 100 trillion bacterial cells living in your gut!

Your microbiota is a complex, dynamic system whose composition can become unbalanced or maladapted, resulting in what’s known as gut dysbiosis (which literally means “wrong living”!). Dysbiosis indicates that you have an imbalance in the ecology of your gut flora.

Starches that resist digestion pass through to the colon where they’re broken down by the microbiota. This process of fermentation produces acetate and butyrate which, when combined, provided complete protection against type 1 diabetes. In the gut, resistant starch functions similarly to soluble, fermentable fiber. It helps feed the friendly bacteria and ramp up production of short-chain fatty acids such as acetate and butyrate.

Why are acetate and butyrate such effective weapons against T1D?

Feeding T1D mice a special diet promoted healthy gut bacteria that produce high levels of acetate or butyrate, which improved the integrity of the gut lining, reduced inflammation, and promoted immune tolerance. A signal of safety was delivered. The autoimmune disease — T1D — reversed.

The Mysterious Case of Patient G: A T1D Recovery Story

In 2016, my mentor, Nicholas Gonzalez, MD, published the remarkable case study of Patient G, a 44-year-old salesman from the northeastern U.S. who suffered (undiagnosed!) with insulin-dependent diabetes for years (Gonzalez, 2016). For seven years, Patient G was bounced from doctor to doctor, from one diagnosis (often, misdiagnosis) to the next, from drug to drug. He developed one debilitating illness after another and endured a string of failed treatments — most of which only made him sicker, neglected to treat the real root cause of his illness, and ultimately, destroyed his quality of life and ability to work.

It began in mid-2008 with persistent fatigue, eye weakness and uncharacteristic muscle weakness (he was an avid weight lifter). Within a month, he began to experience brain fog, severe insomnia, episodes of anxiety and obsessive thoughts and worsening muscle weakness. A few months later, he began experiencing severe migraine headaches. By September 2009, he had developed eyelid twitching, hand tremors, severe burning bilateral pain in his feet, acute severe periodontal disease, potency issues, and lost all hair on his arms, legs and chest. He was no longer able to work.

In February, 2011, a severe flu-like illness landed him in the hospital where he was diagnosed with diabetic ketoacidosis with respiratory failure, pneumonia, metabolic acidosis, acute pancreatitis and acute renal failure with secondary acute tubal necrosis from the diabetic ketoacidosis. After receiving a 13-treatment course of dialysis for renal failure, he developed colitis as a result of the antibiotic treatment for pneumonia.

Ultimately, Patient G was misdiagnosed with diseases such as myasthenia gravis, Lyme disease, and depression. He had taken levothyroxine for hypothyroidism, zolpidem for insomnia, “every antidepressant on the market,” ceftriaxone for Lyme disease, intensive antibiotics, IV Vitamin C, weekly testosterone injections.

Finally, he was diagnosed with T1D, and with better dietary compliance, and a regular insulin program, his blood sugars became fairly well regulated and some of his symptoms lessened. But he was still a mere shell of his former self.

Thanks to The Gonzalez Protocol, Patient G’s health and quality of life was finally restored. Within a year, he was “a completely different individual,” reflecting the “glow of good health.” Three years later, he required only minimal doses of insulin to maintain steady morning blood sugars of around 120 mg/dl.

So, why did the Gonzalez protocol accomplish what so many other failed treatments couldn’t?

You see, Dr. Gonzalez had a theory about autonomic nervous system (ANS) balance, a model, that, in fact, helps explain the origins of so many diseases, while offering insights into effective treatment approaches.

The Autonomic System’s Role in T1D

Patient G is an interesting example of what a precisely targeted, precisely prescribed diet can accomplish.

Dr. Gonzalez’s dietary and supplemental prescription approach is based on the state of the patient’s autonomic nervous system, whose 2 branches, the sympathetic (“fight-or-flight”) and parasympathetic (“rest-and-digest”), regulate metabolic functions such as respiration, cardiovascular function, digestion, endocrine activity and immunity.

Gonzalez discovered that the state of each patient’s ANS fell into one of three categories:

Patient G’s diet, while largely plant-based (to amp up his SNS), included a considerable daily intake of mostly starches, fruit, and vegetables, (not a “low glycemic diet"!) always as part of a whole food, and always from organic sources. His diet also included some animal protein (including red meat); organic eggs, raw milk, yogurt and butter; non-GMO grains; and as much whole fruit, nuts, beans, seeds, as he desired (no peanuts, no soy).

The result? Reduced sympathetic tone and increased parasympathetic firing, as well as increased β-cell activation and his own insulin production, which resulted in significant improvement not only in his blood sugars but also in his overall health.

It bears mentioning here that the diets prescribed in conventional medicine for type 1 diabetics tend to be blanket prescriptions — one-size-fits-all. No wonder their T1D patients remain T1D patients for life.

Diet and lifestyle changes that promote beneficial gut bacteria and balance the autonomic nervous system may prove to be an effective, no- or low-cost, non-pharmaceutical intervention for type 1 diabetes, as well as, for that matter, other autoimmune diseases.

No disease that can be treated by diet should be treated with any other means.