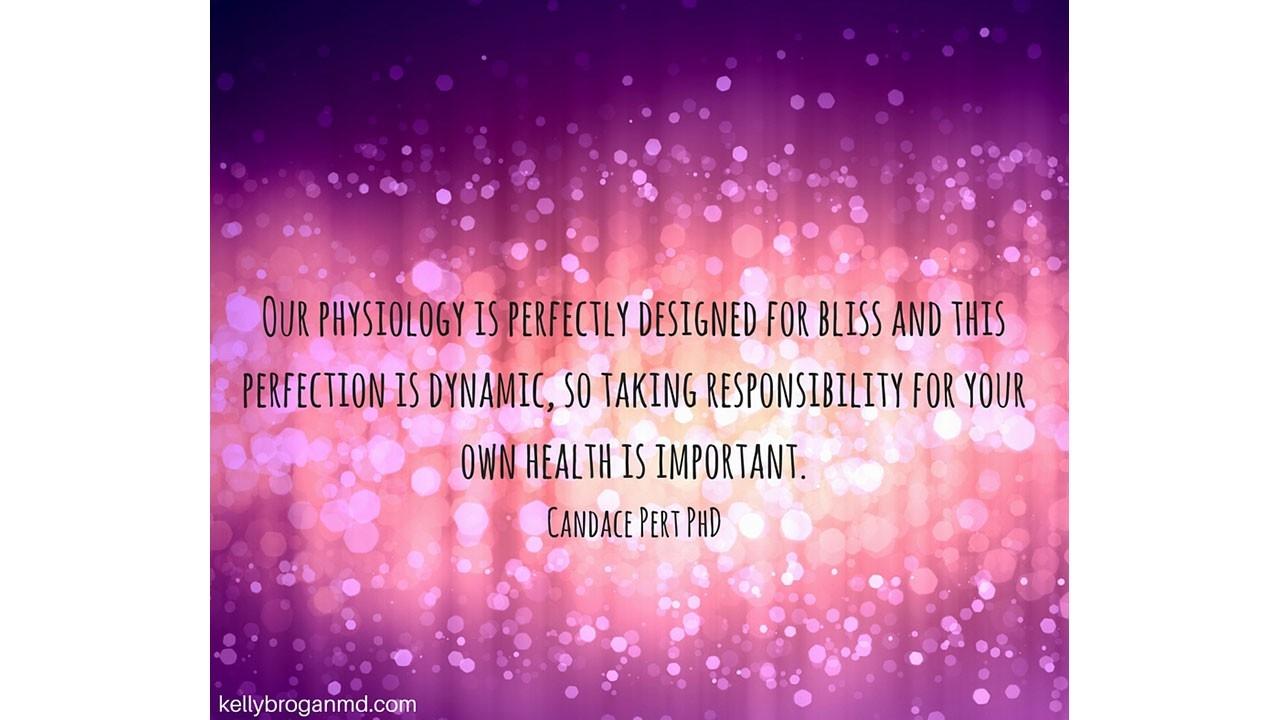 Tears slipped down my cheeks, each imprinted with wonder. I felt neither sad nor happy. I was in the exhilaration of merging into something grand… sitting squarely in the great mystery of it all.

Surrounded by 50 other Kundalini teacher trainees, we had been holding our arms straight out, one palm up and the other down, for about 7 minutes so far. A classmate in my peripheral vision, was visibly struggling to remain in the posture. This awareness seemed to relativize the fact that I felt I could have gone on, in this way, for hours. Literally. No longer hinged to my mind’s critical and controlling narrative, my body was free to experience its full potential. I was able to influence my mind’s very functionality through breath and movement. I was reclaiming and reshaping what reality was for me, in that moment.

Is it matter over mind?

What goes on in these deep states of altered consciousness? Why does breathing matter? Does our body really “store emotion”? Is energy medicine a dog and pony show of quackery?

Is it mind over matter or matter over mind? What is at the heart of the mysterious (and unacknowledged by science) mind-body connection?

We are beginning to amass a literature that helps us answer these questions and it turns out that the answers require an overhaul of a long-held assumption: that the mind and the body are separate.

What we are learning from hard science is decimating our mechanistic perspective on the body as input-output machine to be manipulated and managed by chemicals.

In this model, the mind and body are separate thanks to the legacy of Descartes who held the mind as a nonphysical, and Newtonian science that reduced everything to objective energy and matter. In modern medicine, the mind and associated thoughts and emotions are something that gets in the way of real medicine through the placebo effect, and is responsible for patients being worriers and complainers and generally hysterical. The study of the mind is limited to the study of behavior (never emotion), with an eye toward socially appropriate, productivity-oriented functionality.

In many ways, Psychiatry has become the wastebasket for “mind encroachment” upon the validity and seriousness of an illness. The term psychosomatic implies that there isn’t a real, physical correlate to the mind’s imaginings.

Psychiatry, as a guild, has made a strong effort to legitimize itself through this lens and “make material” the mind and emotions. The problem is that pathology has been reduced to the localized effects of neurochemicals, which act in a vacuum in the brain. Psychiatrists regard troublesome emotions as emerging from inborn error of neurochemical trafficking, with a reductionist focus on serotonin. The mind as enemy, pumping out mood and anxiety producing thoughts like a ticker-tape.

There’s an infinite web of interconnectedness

There is no consideration of the interconnectedness among neurochemical, steroid, and peptide ligands trafficking throughout the body — not to mention the potentially infinite number of varying conformational shapes, shapes whose differing structures also change their functions — and their complex intersystem effects on the immune cells and endocrine glands throughout the body and the microorganisms in, among, and around us.

Neither is there regard for the role of human emotion and its expression as an articulation of bodily imbalance or personal suffering necessary for growth. Philosopher Alan Watts states that:

“According to this view the universe is a mindless mechanism and man a sort of accidental microorganism infesting a minute globular rock that revolves about an unimportant star on the outer fringe of one of the minor galaxies. This “put-down” theory of man is extremely common among such quasi scientists as sociologists, psychologists, and psychiatrists, most of whom are still thinking of the world in terms of Newtonian mechanics, and have never really caught up with the ideas of Einstein and Bohr, Oppenheimer and Schrodinger.”

I have another scientist to add to this list.

The work of Candace Pert, PhD is revolutionary

Once Chief of Brain Chemistry in the Neuroscience Branch at the hallowed halls of the National Institutes of Health (she called it “The Palace”) Candace Pert, PhD is credited with discovery of the opiate receptor. More significantly, she is acknowledged as the mother of psychoneuroimmunology or psychoimmunoendocrinology as she preferred it to be called. The implications of her work are profound.

Through her research and 200+ publications in the primary literature, Pert asserts:

“My argument is that the three classic areas of neuroscience, endocrinology, and immunology, with their various organs – the brain (which is the key organ that the neuroscientists study), the glands, and the immune system (consisting of the spleen, the bone marrow, the lymph nodes, and of course the cells circulating throughout the body) – that these three areas are actually joined to each other in a bidirectional network of communication and that the information “carriers” are the neuropeptides.”

Our model of the brain is missing vital pieces

In other words, our current working model of the brain is antiquated. It is not, as we have maintained, a privileged no-man’s land from which thoughts, emotions, behavior, and consciousness emerge.

Pert asserts that the unidimensional lock in key model of chemicals in receptors that we have been taught to embrace by modern psychopharmacology is missing some very key elements:

Our body is changed by the emotions we experience

Here we have science that validates our experience.

In a notable example of this web-like communication, perceptions of stress can activate monocytes in the bone marrow that then feed back to sensitize the brain and its resident immune cells to further the stress response.

Pert discusses the very real chemistry of gut feelings; of hormones like insulin that act in the brain; and of angiotensin that influences physiology and behavior simultaneously (making you thirsty and allowing your kidneys to hold onto water).

She asks us to consider the term bodymind stating that our physical body is changed by the emotions we experience. That emotions are coded into these substrates that move all around the body and concentrate in “nodal points”. This most certainly must be why we can change our emotions through our physical body.

The new paradigm is a feminine paradigm

In her landmark book Molecules of Emotion, Pert narrates her journey, most notable for the intuitive hits that drove her discoveries, successes, and triumphs throughout her work in a male-dominated paradigm. It was within this paradigm that her competitive, intellect-based energies were activated, and within which she ultimately learned that she posed too great a threat to the establishment for her work to be equitably acknowledged and honored. Her loss of innocence gave way to a great transformation for her personally. It is an experience to which I deeply relate.

This transformation from masculine into a feminine energy mirrors the shifts that are occurring astrologically (Piscean to Aquarian) and also with regard to our consciousness (individual to collective).

Awakening to a feminine medicine

Pert holds that women may be the natural ambassadors to this new (old?) way of thinking because of our between brain connectivity (the corpus callosum, noted by Pert to be thicker in women) accounts for the ease with which we transition between rational and intuitive experience:

“The older metaphor clearly belongs to what is still the reigning paradigm, a mechanical, deterministic view based on Newtonian physics. It was rigid rather than fluid, even macho in its reliance on force and control to accomplish goals, and could never apply to the nonhierarchical web of relationships that make up the biological systems in what we are calling the psychosomatic network – an altogether more feminine model.”

We have an inherent wisdom to heal the BodyMind

Pert understood that we’re in charge:

“And now that I know my body has wisdom, this calls for a new kind of responsibility on my part. I can no longer act like a dumb machine and wait to be fixed by the mechanic – otherwise known as the doctor. I’m both more powerful and more responsible.”

Pert saw meditation as the best means of ensuring this informational trafficking between the body and mind was running smoothly. She validates the incontrovertible efficacy of Kundalini yoga.

The science of medical meditation

Kundalini yoga is the science of medical meditation, and I do mean science. It is supported by Dharma Singh Khalsa, MD in his book Meditation as Medicine and by David Shannahoff-Khalsa in Sacred Therapies.

According to Dr. Dharma Singh Khalsa, advanced meditations consist of:

In this way, it is the simultaneous stimulation of the physical body including the glandular and autonomic nervous system, and the energetic or ethereal body as quantified by the nadis and chakras.

Far from the realm of esoterica, ancient concepts of physiology and the human experience are now being validated by modern science. For example, the Heartmath Institute has been investigating the role of thought and emotion in bioresonance, specifically between the lungs, heart, and brain. They have validated gratitude as the single most powerful emotion for optimizing bodily harmony as measured by heart rate variability. This emotional state, when coupled with the power of breath, can send top-down signals to the rest of the body, sending a message of safety.

You have all that you need

And you are all that you need to begin your healing journey by activating what Pert called your own internal pharmacopoeia. It can start with harnessing the power of your breath for energetic alignment and for the stimulation of neuropeptide secretion to restructure the emotional experience of your entire body.

My efforts to support healing begin with interventions that speak to simultaneous engagement of multiple systems: nutrition, movement, and meditation. Kundalini yoga encompasses the second two dimensions, and tops them off with an opportunity for self-initiation and activation of one’s internal power. It is a technology for enlightenment and offers its practitioners these moments of shunya, or zero point consciousness.

Here’s a simple exercise to start with! 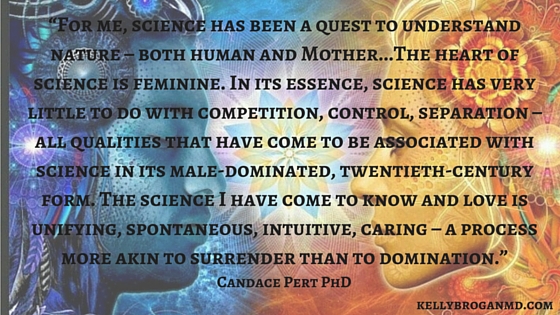