Antibiotics: The Bad News and the Worse News 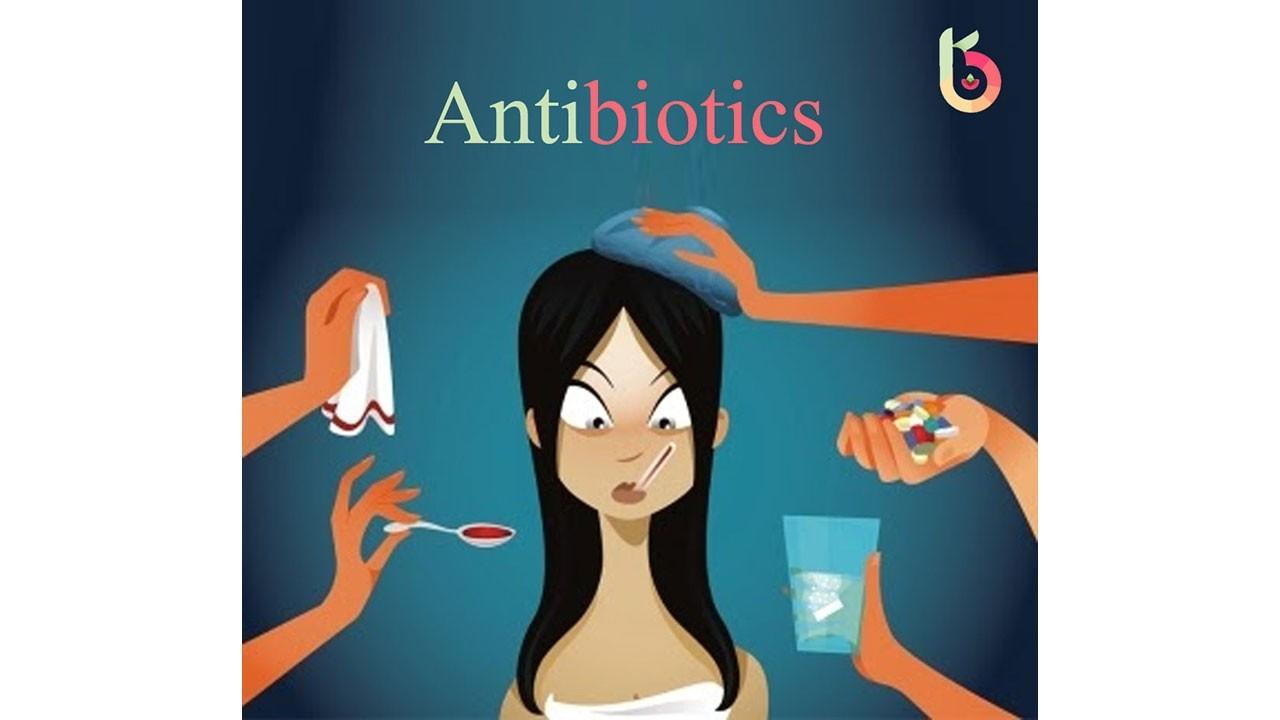 Most women who have ever developed a post-antibiotic yeast infection are familiar with the now colloquial idea that antibiotics kill important regulatory bacteria. They think – I’ll just eat a little extra yogurt or maybe take a probiotic (to restore the changes to 87% of plasma metabolites!).

A sophisticated new study out of Gut, argues that this negative effect is only one third of the damage done by antibiotics.

Through analysis of gene expression (transcriptome) in addition to bacterial populations, these researchers examined the effects of a common cocktail of antibiotics on host tissues. They looked at “germ-free mice”, germ-free mice treated with antibiotics, and germ-free mice colonized with microbiota from antibiotic-treated vs normal mice. They found that:

“In this study, we have dissected the effects of antibiotics on the mouse gut, revealing microbiome-dependent and independent mechanisms. Depletion of commensals results in local immunodeficiency, whereas both direct effects of the antibiotics and proliferation of antibiotic-resistant microbes induce mitochondria-dependent cell death in the intestine, a phenomenon that has not been previously appreciated. We also developed a new bioinformatics approach that pinpoints microbes and microbial genes regulating host physiological functions, and established a comprehensive data set to allow other investigators to examine the effects of antibiotics.”

So, if antibiotics shrapnel injures our most basic units of energy production as well as the master ecosystem of our physiology, what are the effects on mood, behavior, and cognition?

Long-reported to have psychiatric side-effects, we are just beginning to unravel the how’s and why’s of antibiotic effects on the brain, with a recent study concluding:

Taking all data together, we show that a short-term intragastric treatment of adult mice with an antibiotic mixture disrupts the bacterial community in the colon, specifically impairs novel object recognition memory and causes distinct alterations in circulating metabolite levels and in the expression of molecules relevant to cerebral function.

Antibiotics, invented and studied before our knowledge of the microbiome and the role of mitochondrial dysfunction in chronic disease, have never been adequately studied for safety. We are learning that the effects of exposure to antibiotics on gut bacteria can persist for months after treatment and sometimes result in permanent disability. In fact, HormonesMatter.com has extensively documented neurological and psychiatric sequelae following common antibiotics like fluoroquinolones.

In a large case-control study conducted from 1995-2013, antibiotic usage was found to precede diagnosis and treatment for depression with recurrent courses of penicillin antibiotics resulting in a 2-5 fold increase of depression diagnosis.

A prime example of our antiquated concepts driving the recklessness of conventional medicine, antibiotics are employed in a framework of us against them rather than the emerging reality that we need microbes and must work WITH them for optimal health. In this way, antibiotics, like vaccines, are an instance of drinking poison to kill the enemy.

Beyond regulation of nutrient absorption, production, support of the intestinal lining, and immunity, we are learning that bacterial DNA passed from mother to child can even dictate traits that we once thought were traditionally genetic.

With 40% of adults and 70% of children (and billions of industrially farmed animals) taking antibiotics, I ask my patients to opt out of this statistical nightmare. I ask them to support their immunity naturally through lifestyle medicine, to shed their fear of infection which has limited morbidity in a healthy host, and to support their system with vitamins A, D, C, and the use of natural antimicrobials and immune modulators including herbs, mushrooms, and colloidal silver.

Protect your bugs and they’ll protect you.