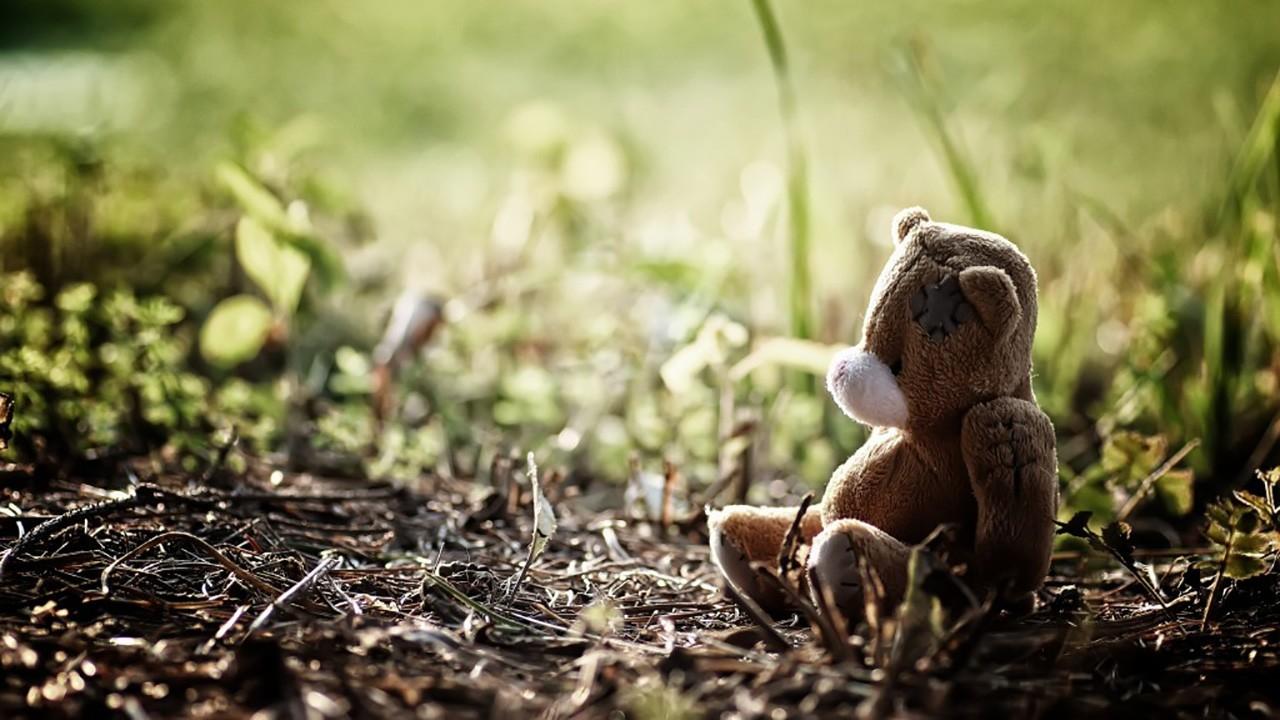 Two years ago, I investigated the suicide of a 7-year-old Florida foster child five years after his death, to find out whether officially recommended changes to the state's foster care program had been implemented following the tragedy.  Based on records obtained from the Department of Children and Families (DCF) spanning the five-year period after the child's suicide, I concluded nothing had changed.  After reviewing the DCF records, psychiatrist and child advocate Dr. Peter Breggin warned then about the foster program's ongoing and dangerous practice of psychotropic polypharmacy: “Whenever you put children on multiple psychiatric drugs you are creating an experiment that is doomed to do more harm than good... We need to stop experimenting on America's children.”

We had hoped by calling attention to the lack of real progress overhauling the Florida foster care program's over-reliance on pills to cure all ills, further tragedies might be prevented.

Recently, a 14-year-old Florida foster child, prescribed a psychotropic cocktail similar to the 7-year-old foster child, committed suicide in a nearly identical manner, only this time streamed live on Facebook.

In 2009, 7-year-old Gabriel Myers hanged himself in the bathroom of his Florida foster home.  Toxicology detected amphetamine, fluoxetine and olanzapine in his system.  Medical records indicated psychiatrist Dr. Sohail Punjwani prescribed young Gabriel 50mg of the ADHD drug Vyvanse (lisdexamfetamine dimesylate), and 25mg of the antidepressant and antipsychotic combination drug Symbyax (fluoxetine, olanzapine).  Although there was no doubt Gabriel died at his own hand, Broward Deputy Chief Medical Examiner Dr. Stephen Cina did not rule his death a suicide, stating: “It is unclear whether these drugs contributed to this fatality or not.”  Dr. Cina noted in his report that neither Symbyax, nor one of its key ingredients olanzapine, also known by the brand name Zyprexa, was approved for use in children; and that “fluoxetine (Prozac) and olanzapine can increase the risk of suicidal ideation in children taking this drug.”

It also came to light that Gabriel was among Florida foster children being used as guinea pigs for pharmaceutical clinical trials.  After an investigation into his clinical trial practices, the Food and Drug Administration (FDA) issued a warning letter to Dr. Punjwani, citing violations including failure to protect the rights, safety and welfare of human test subjects; doses exceeding protocol-specified limits; and failure to follow clinical trial plans.  Through an executive order, then DCF Secretary George Sheldon instituted a limited prohibition of the shady practice of conducting drug experiments on Florida's foster children.

A recent Canadian study found youth prescribed ADHD drugs were thirteen times more likely to be prescribed antipsychotic medications, and almost four times more likely to be prescribed antidepressant medications than children who were not prescribed ADHD drugs.  The study's authors argued that children with ADHD have more psychiatric comordibities than children without ADHD, omitting the exceedingly relevant fact that psychosis and depression are labeled side effects of ADHD drugs.  Clearly, the possibility eluded the authors that the increased rates of psychosis and depression observed may not be linked at all to so-called comorbidities of ADHD, but rather to the drugs prescribed to treat ADHD.

Indeed, the Vyvanse label warns: “Vyvanse at recommended doses may cause psychotic or manic symptoms even in patients without prior history of psychotic symptoms or mania.”  According to the DSM-5, up to twenty-five percent of all first episodes of psychosis are substance/medication-induced.  Likewise, the label for the stimulant drug also warns: “Fatigue and depression usually follow the central nervous system stimulation.”

Research suggests drug treatment of ADHD unleashes a domino effect, triggering more psychiatric diagnoses, which in turn lead to risky polypharmacy.  The cascading reactions associated with drug treatment of ADHD are especially disturbing, considering many children have been misdiagnosed with ADHD in the first place.

Which leads us to the tragic case of Naika Venant, the 14-year-old Florida foster child who recently hanged herself in the bathroom of her Florida foster home, witnessed in real-time on Facebook Live. Medical records from a medication management visit the month prior to her suicide indicate psychiatrist Dr. Scott Segal increased Naika's doses of Vyvanse and Zoloft to 50mg each.

Centers for Medicare and Medicaid Services (CMS) records indicate Shire, the manufacturer of Vyvanse, paid the Segal Institute for Clinical Research over three hundred seventy thousand dollars from 2013 to 2015.  In response to a complaint alleging Dr. Segal enrolled a subject with a diagnosis of bipolar disorder in a schizophrenia study, the FDA previously inspected the site, initially classifying the inspection in the field as requiring voluntary corrective action, a classification subsequently amended at headquarters based on evidence of a dual diagnosis later supplied by Dr. Segal.

Even so, the DCF incident report in response to Naika's suicide does not reflect as favorably on the doctor(s) who prescribed her drugs for ADHD and depression, going so far as to question whether she even had ADHD in the first place, and noting the cascading effect of such a diagnosis:

Lastly, there was a noted concern regarding possible inaccurate and multiple diagnoses. Naika’s primary diagnosis consistently remained Attention Deficit Hyperactivity Disorder (ADHD). An ADHD diagnosis for a child who has suffered trauma, however, comes with its challenges, including how often symptoms of trauma in young children mimic those with ADHD. A psychological evaluation conducted with Naika stated that there is much concern that her attention problems are due to anxiety and trauma rather than ADHD symptomatology and recommended further evaluation to clarify the ADHD diagnosis. However, it does not appear that further evaluation was conducted. In addition to the ADHD diagnosis, Major Depression, Post Traumatic Stress Disorder and Disruptive Mood Dysregulation Disorder were given by various treating mental health professionals over the course of Naika’s life. However, limited documentation within the assessments does not appear to support these diagnoses or the medication prescribed. An additional consideration is the cascading effect of a diagnosis, which drives the development of the treatment plan.

With respect to other suicides noted in its recent Vyvanse pediatric safety review, the FDA seemed to trivialize fatal adverse event reports associated with the drug, chalking them up to comorbidities and teen angst: “It is difficult to perform a causality assessment of suicide-related events and lisdexamfetamine from the postmarketing cases, because of the comorbid conditions... and the prevalence of youth suicides.”  Readers familiar with my research published on Mad in America will recognize this FDA Vyvanse pediatric review as the same document the agency retroactively redacted to cover up the homicide of an infant by a child prescribed the stimulant – a day after Shire submitted a New Drug Application (NDA) for a chewable formulation of the drug intended for young children.  Nothing to see here, move along.

Children are our most precious resource, and foster kids are among the most vulnerable of them to whom our society owes a special duty of care.  As Dr. Breggin pointed out: “These children need to be treasured and protected, and to be given wrap-around loving care.  They do not need psychiatric drug interventions, which inflict more neglect and abuse by suppressing their mental functions in order to make them more manageable.”

If the FDA will not fulfill its mandate to seriously investigate pediatric psychotropic fatalities and adequately warn the public of elevated polypharmacy risks, then it's up to us as parents to spread the word ourselves. 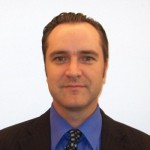 Andrew Thibault is an extremely curious, inconvenient parent.  He is co-founder of Parents Against Pharmaceutical Abuse (PAPA), a parent movement opposed to over-diagnosis and over-medication of children.  A frequent guest of The Justice Hour on South Florida's Health Talk Radio, he has also been quoted and his research has appeared in the Orlando Sentinel, Tampa Tribune, Tampa Bay Times, and Christian Science Monitor.