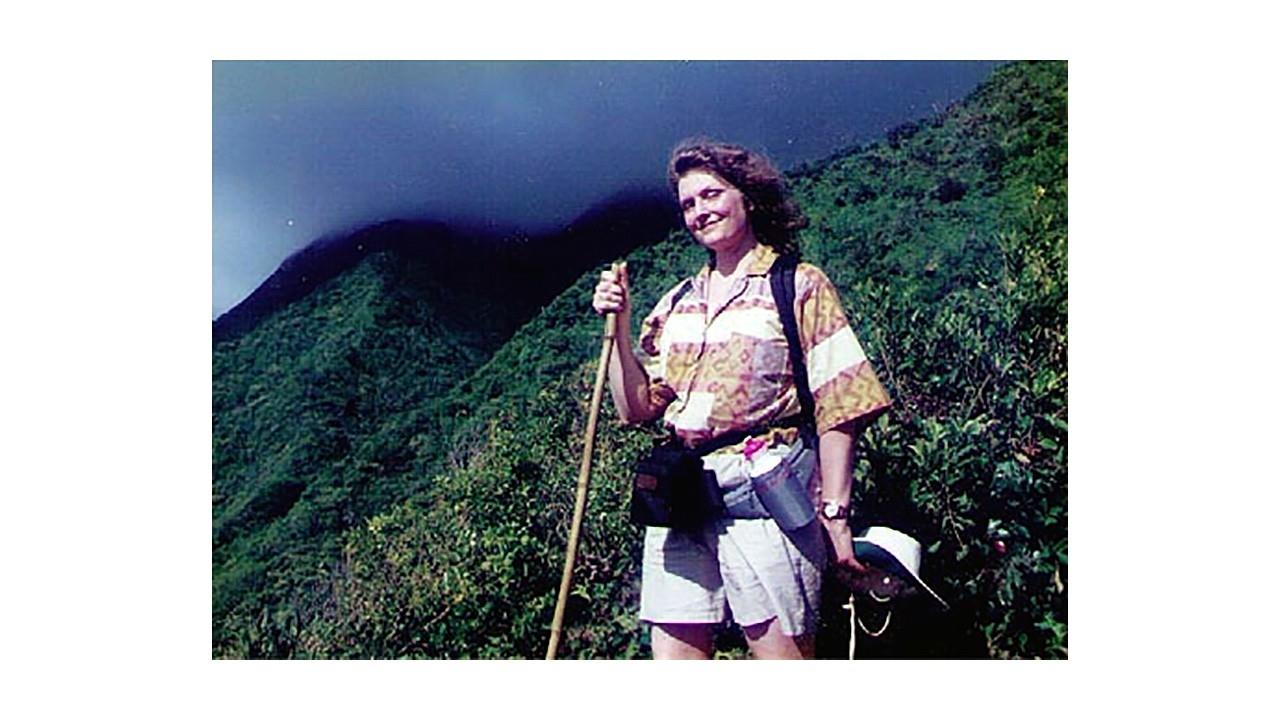 Suffering from depression and multiple health issues, Ann Petersen takes us through her journey to a healthy and productive lifestyle.

I suffered my first depression in my senior year at high school. I had problems concentrating on school work and suffered night terrors and even hallucinated occasionally.

In retrospect, I was eating very poorly and was drawn powerfully to sugar and chocolate. Meanwhile, my mother thought that she was baking the ultimate health food: whole wheat bread. I loved coming home to its aroma, and I ate plenty of it. My symptoms would dissipate in the summer months when it was too hot to eat heavy foods (like breads) and bathing suit season necessitated the avoidance of fattening, sugary treats.

My first “manic” episode hit at the age of 21 when I was on my own. I had bought the book, “Diet for a Small Planet” and was trying to become a vegetarian. I made whole wheat crepes, drank lots of milk, ate pinto beans and rice—carefully avoiding proteins as directed… It was exactly the wrong food for me. My thyroid was acting up but I was unaware of it. Symptoms included: hyperactivity, insomnia, racing and loosely connected thoughts, delusions of grandeur, inappropriate affect, paranoia, magical thinking, and hyper sexuality. My sisters took me to the hospital “for a rest” in the psychiatric ward. The doctors didn’t know quite what to make of me, so they tried lithium and a thorazine-like medication on me. If that worked, then they would classify me as having “manic depression” or what is now known as, “bipolar disorder”. The meds controlled me quickly, so that was the label that stuck.

I hated the lithium with a passion, and I tried to go off of it five times; four of those times, I ended up in the hospital. Lithium slowed down my metabolism (it was suppressing my already diseased thyroid), gave me acne and lots of weight gain. They tested my thyroid with every hospitalization, and each time, the results fell within the “normal” range. They did not test for thyroid auto-antibodies. Finally, years later in 1987, at an emergency clinic, I met a doctor who changed my life. I had been having severe abdominal pains and basically crawled in to see Dr. Randy Baker, (who now has his own practice in Soquel, California). He asked me if I’d ever heard of “candida albicans”. I hadn’t. He gave me a list of books to read. One of the books was, “The Yeast Connection” by William Crook, M.D. and another was “The Missing Diagnosis” by Orian Truss, M.D. I got excited about what I read, and I felt sure that I had this condition. Chronic intestinal candidiasis is a condition where the beneficial bacteria in your gut are diminished from things like the overuse of antibiotics, alcohol, too much sugar, steroids, birth control pills, or any of several other causes like an undetected autoimmune disease, prolonged stress, or emotional trauma. Normally, the beneficial bacteria keep the candida albicans population in check, but when they get wiped out, the candida thrive, causing many health problems.

I rushed to tell my psychiatrist about it all, and he told me, “Put the books away! There are a few witch doctors around town that believe in that sort of thing. You have to accept that you have a very serious mental illness and that you will have to remain on heavy drugs for the rest of your life. But if you stay on your medication, you will be able to lead a near normal life.” This deflated my optimism because at that point, I still had a lot of faith and trust in his expert opinion. My family was desperately aligned with the Doctor and understandably so, given the hell that I had put them through. So I shelved the idea for a while.

My abdominal pains continued to get worse. It turned out that I had “endometriosis,” which is a condition where blood clots collect on or around the reproductive organs and cause painful scarring. My endometriosis was not discovered until I had been through several rounds of antibiotics. Then I was put on heavy hormones to simulate pregnancy, which was the treatment of the day for endometriosis. In addition to these drugs, I was switched from lithium to carbamazapine which is highly immunosuppressive! All of this actually nourished the candida population in my gut and made me a total wreck. I thought that I had Alzheimer’s disease because I would forget where I parked my car, would lose things all the time, couldn’t remember names, would forget appointments; my moods went all over the place; I lost muscle mass; I had constant thrush, bleeding gums; my hair was falling out; and I felt very, very weak. I knew in my gut, (excuse the pun), that if I didn’t get off of those medications and try the candida diet, I was going to die.

I put myself on the diet. When Dr. Randy Baker confirmed the likelihood that I had chronic intestinal candidiasis, I stopped all of my former medications. (Although, I don’t recommend doing it the way that I did!) The candida diet is a very pure sugar-diary-yeast-additive and fungus-free diet and is primarily gluten-free by default. Along with supplements, probiotics to replenish the friendly bacteria in my gut, digestive enzymes and anti-fungal medication, I got a “Meyer Cocktail” (IV drip) of B-complex and magnesium and B-12 shots from Dr. Baker, and I began to feel better than I ever had in my whole adult life. Something had been interfering with the absorption of my nutrients for a very long time. When my digestion was restored to good health, I became clear-minded, calm, good-natured, had energy and slept easily and deeply. I could focus, make snap decisions and accomplish much more in a day than ever before. Then it was discovered that I had an underlying thyroid condition called, “Hashimoto’s thyroiditis.” This was confirmed by a well-known endocrinologist, Dr. Nathan Becker, who at the time headed the endocrinology research department at University of California in San Francisco. He tested for the auto-antibodies and did a 24-hour radioactive iodine re-uptake scan on me. However, I actually felt worse on hormone replacement therapy using Synthroid than I did without any hormone intervention at all. Eventually, I was put on a natural thyroid hormone that included the more bio-active T-3. The difference was night and day.

It wasn’t until much later, after slipping further away from the candida diet, that ADD-like symptoms, fatigue and depression returned. When I lost my fiancé and my job on Valentine’s Day 1997, I turned to a food bank to help me pull through my financial crisis. This food was mostly packaged, additive-laden and 90% gluten. There was not much fresh produce or quality protein. Things went from bad to worse, and after a protracted and anxiety-ridden decent into overwhelming uselessness, I ended up homeless.

While homeless (and on Wellbutrin and Adderall), I met James Croxton, the professor of a physiological psychology class called, “Mind and Metabolism” which is offered at Santa Monica College in Santa Monica, California. I told him about my recovery through the candida diet, and he told me about gluten intolerance. He recommended a new book called, “Dangerous Grains” by James Braly, M.D. and Ron Hoggan, M.A. I then read about how gluten intolerance can be at the root of all sorts of problems, including psychiatric problems, autoimmune diseases and chronic intestinal candidiasis. I nagged my general practitioner to test me for gluten intolerance. He took one look at me and said, “You don’t have celiac disease!” but finally he relented. The blood test registered an elevated response for one type of gluten antibody (IgG). That doctor blew it off as inconsequential, but I didn’t trust his evaluation at all. I hunted down Ron Hoggan the co-author of “Dangerous Grains” and asked him about it over the phone. He believes that ANY abnormal reading is cause for concern. I have been on the gluten-free diet ever since and am no longer needing medication for depression. My ADD symptoms have improved considerably. I am now the happy owner of a Habitat for Humanity house and hold a B.A in Media Arts for Social Change from Prescott College. I am currently working as a Certified Nurse Assistant. Soon, I hope to pursue an M.S. in Human Nutrition and Functional Medicine at University of Western States and depending on God’s will, I may push on after that to become a naturopathic physician.

I have met so many psychiatrists that are resistant to investigating how underlying health conditions can lead to psychiatric symptoms. It’s a form of tunnel-vision that is often fiercely guarded. There is also a dearth of doctors that understand nutrition and its powerful complexities. In general, (emergencies aside), I believe that in the long run, psychiatric problems need to be rooted out and not just patch-fixed with drugs. I am so pleased to have come across Dr. Kelly Brogan because she embodies all that I have come to believe is true and vitally important in the world of mental health!