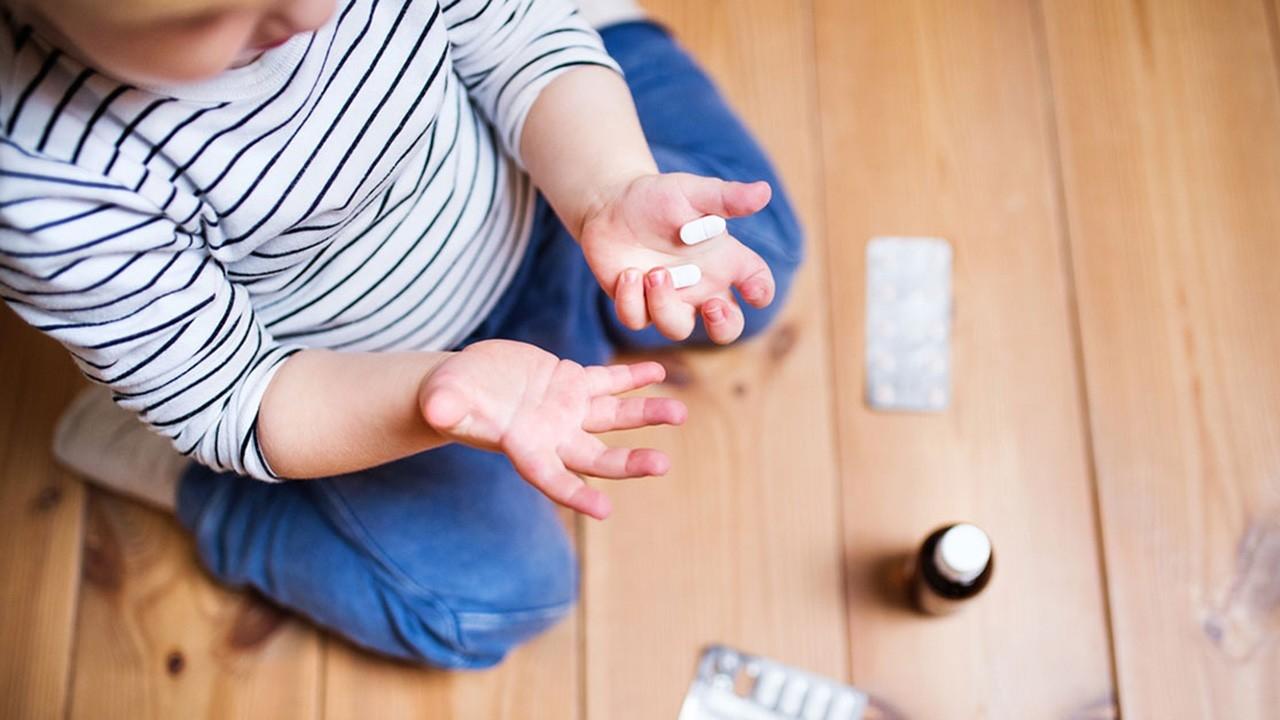 We’ve all wished for it at one time or another. It may have been with your son who can’t sit still in school, your niece who was throwing a temper-tantrum, or a child who won’t stop crying on that redeye flight. Wouldn’t it be nice to pull out a tranquilizer dart and poof…turn that little Tasmanian devil into a calm, quiet, sleeping beauty!?

The idea of that is not far from reality. Tranquilizer darts often contain antipsychotic drugs and there is a growing trend to prescribe these to our children. From 1993 to 2002, the number of office based visits that included an antipsychotic drug increased more than 500%.1

As a parent desperate for answers, reaching for a quick fix pill can be understandably tempting. But what is the cost of doing so?

Adult Side Effects of Antipsychotic Drugs

Our collective focus on the quick fix makes it easy to ignore the long-term considerations around such an intervention. We have vast amounts of data showing that antipsychotic drugs cause high blood sugar, excess fat accumulation around the waist, low levels of good cholesterol (HDL), high levels of triglycerides, and increased blood pressure 3 in adults. Having three out of these five risk factors means that you have something called the metabolic syndrome. Basically, this is a fancy term that means you are at an increased risk of developing diabetes, heart disease and stroke.4 Longitudinal studies have shown that up to 52.4% of schizophrenic patients who start an antipsychotic drug will develop metabolic syndrome within the first three months of treatment.5 Pretty scary stuff.

However, the vast majority of this data comes from studies done on adults, and we’re here to talk about using these drugs in our children. Surprisingly, even though they are being used more and more in our youth, we don’t have a lot of data to see what the long-term consequences will be. Do antipsychotic drugs predispose our children to the metabolic syndrome just like adults? Or are they somehow protected from these deleterious effects?

A recent study helps us to further understand these questions. Children between the ages of six and eighteen were randomized into three groups. Each group was given one of the following ‘second-generation’ antipsychotic drugs: olanzapine, risperidone or aripiprazole. All subjects had behavior problems and at least one psychiatric diagnosis, such as ADHD. None had ever taken antipsychotic drugs before.

At the conclusion of the twelve-week study, all three groups showed behavioral change. However, all three groups also showed significant negative side effects. Subjects showed an increased resistance to insulin, putting them at higher risk for early onset diabetes. They also showed an increase in body fat with specific increases deep within the abdomen around the organs. It may seem trivial to include this specific bit of information.

One of the fascinating developments in our understanding of chronic disease is that the anatomical distribution of fat matters. To sum up a still developing story, fat distributed in the abdomen around the organs (visceral fat) is much more dangerous than fat just below the skin (subcutaneous fat).6 Thus, two people with the same amount of body fat may have very different health risks based on where their fat is stored. In short, excess body fat is a risk factor for disease, but if that fat is distributed in the visceral region, it confers an additional independent risk for cardiovascular disease, diabetes, certain cancers, high blood pressure and abnormal cholesterol.6

More disturbingly, researchers hypothesized that their study “likely underestimates longer-term treatment effects” because these negative changes are often progressive over the first year of treatment. For those of you who don’t like math, what they’re saying is that they only looked at the score in the first quarter, not at the end of the game. The real long-term risks of obesity, diabetes, cardiovascular disease, are probably much greater than those detailed in this short three month study. Further, children are “physically and emotionally more vulnerable to the adverse effects (of antipsychotic drugs) because of their smaller size, developing physiology, and negative impact on peer perceptions.2 To answer our previous question, children are not more resilient to the adverse effects of antipsychotic drugs, they are more susceptible.

Although alarming, these results are not particularly shocking. They confirm that what is bad for adults is also bad for youth…actually worse.

Why are These Drugs Given to Children in the First Place?

In the pediatric population, the majority of antipsychotic drugs are actually not given to treat psychosis, as the name implies. Surprisingly, they are generally prescribed to treat behavioral disorders. For example, only 2.8% of the subjects in this study actually had symptoms consistent with psychosis (some further percentage of whom were likely already treated with a stimulant known to induce psychosis). The remaining 97.2% had behavioral symptoms deemed unacceptable by school, family, or both.

Do We Really Practice Evidence Based Medicine?

Robert Whitaker, a medical journalist and author, writes that the field of psychiatry is experiencing an institutionalized form of cognitive dissonance – a conflicted psychological state that occurs when new information challenges deeply held beliefs. In the context of this article, long held beliefs about the safety and efficacy of antipsychotic drugs are being challenged by new data showing their dangerous side effects and overall ineffectiveness. In general, people resolve this conflicted state “by sifting through information in ways that protect their self-esteem and their financial interests.” 7

Psychiatry, as an institution, is doing just that. Sifting through data to suit their needs. Research that shows psychiatric drugs in a negative light often gets swept under the rug as being biased, of poor quality or otherwise uninformed. There is little acceptance for anything that goes against that status quo. The goal is no longer to seek for better treatment protocols, but to protect the power, prestige and financial interests of the psychiatric institution. Unfortunately, in this state, evidence based medicine cannot be practiced.

As Upton Sinclair famously stated, “It is difficult to get a man to understand something, when his salary depends on his not understanding it." 8