James McCrae: How to Embrace Uncertainty 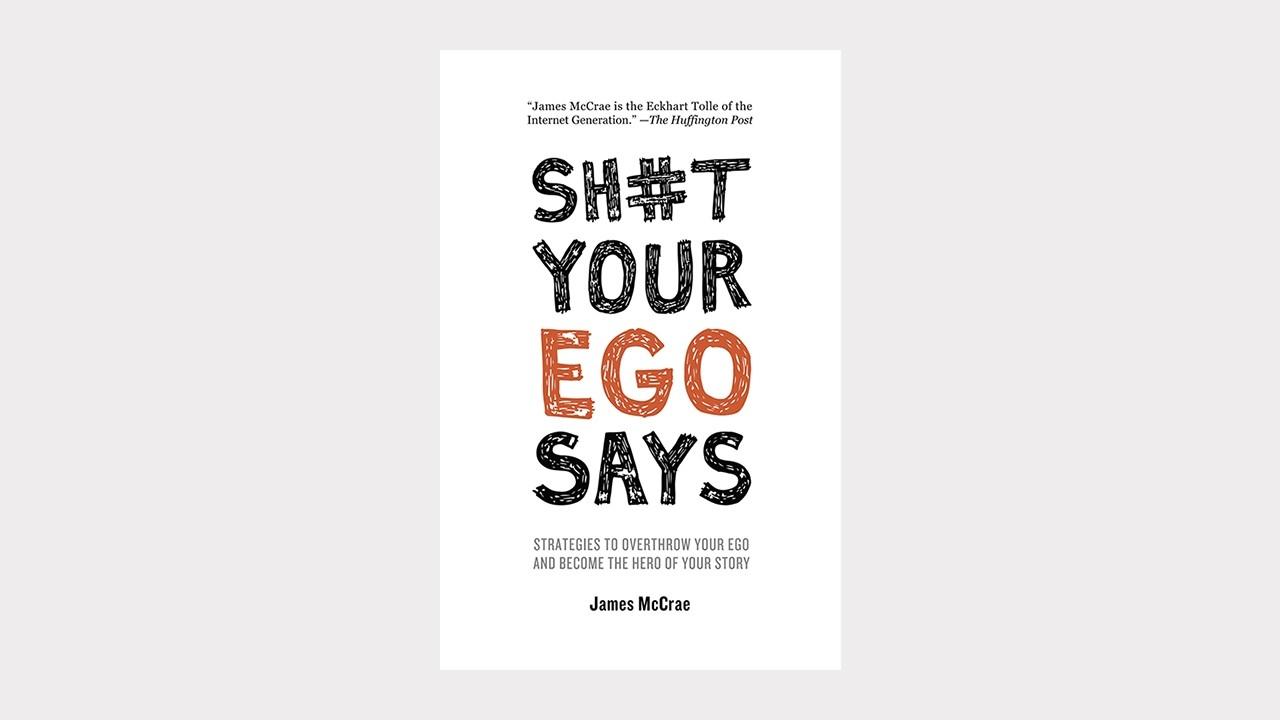 At this point in history, the world is undergoing massive change that is shattering long held assumptions. From the election of Donald Trump, to the resurgent popularity of nationalism, to the rise of artificial intelligence, to Elon Musk’s mission to colonize Mars, our future looks increasingly unknowable and, in some cases, bleak. The question is, how should we prepare ourselves for the changes to come?

The knee-jerk reaction when facing uncertainty is to be afraid. The Ego (which is our reactive lizard brain) fears uncertainty because it perceives the world from a limited perspective and clings to what is known. But my new book, Sh#t Your Ego Says, explains that when we release the need for certainty, and trust ourselves in spite of the difficult circumstances we face, we discover opportunities beyond our understanding.

My first experience with crippling uncertainty happened in 2012. I had recently traded a comfortable life and successful career in exchange for a one-way ticket to New York City, two suitcases, and the recollection of something Paulo Coelho had written – “When you want something, all the universe conspires in helping you to achieve it.”

After years in the corporate rat race chasing society's definition of success, I had reached my breaking point. The creativity of my childhood had devolved into a life of spreadsheets, competitive ladder climbing, happy hours (which were not very happy), and late nights with drugs and women trying to forget my long days. I knew that if something didn’t change I would become cold and bitter.

So I took a leap of faith. I left everything behind to pursue my childhood dreams of being a writer. I had barely arrived in New York City, and was struggling to make ends meet, when Hurricane Sandy tore across Manhattan, leaving me, and thousands of others, homeless. I was devastated. Instead of being rewarded for my courage, it felt like I was being punished. Without a job, an apartment, and running out of money, the horizon held nothing but uncertainty.

“Who were you kidding?” my Ego told me. “The universe was never conspiring to help you. You have made a huge mistake, and now look at the mess you’re in.”

In the days following Hurricane Sandy, Manhattan was in a state of chaos, and so was my mind. With nowhere to go, I spent the last of my money buying another one-way plane ticket, this time to a small island called Culebra, where my friend had an empty cottage. Sitting alone on the white sand of Flamenco Beach, all of my doubts and insecurities came to the surface. I was at war with my thoughts, which told me that I was a failure.

Although the ocean was beautiful, I closed my eyes. Inhale. Exhale. Inhale. Exhale. I did my best to meditate. After awhile the voice of my Ego began to quiet and I heard another voice, a softer voice, in the distance of my mind.

“Don’t believe everything you think,” the voice said, “You are not your thoughts. Thoughts are waves on the ocean surface. You are the ocean of consciousness from which your thoughts arise. Instead of identifying with the waves, be the ocean, still and unmoving.”

At that moment I realized that my whole life there had been an argument inside my head pulling me in two directions. The argument was between my Ego and my Higher Self. My Ego was the voice of neediness and worry telling me that my life was defined by external circumstances – my job, social status, income, girlfriend, and how much control I had over others. Meanwhile, my Higher Self was the voice of intuition and creativity that reminded me that happiness and success have nothing to do with external circumstances. They are the result of trust in own inner purpose. 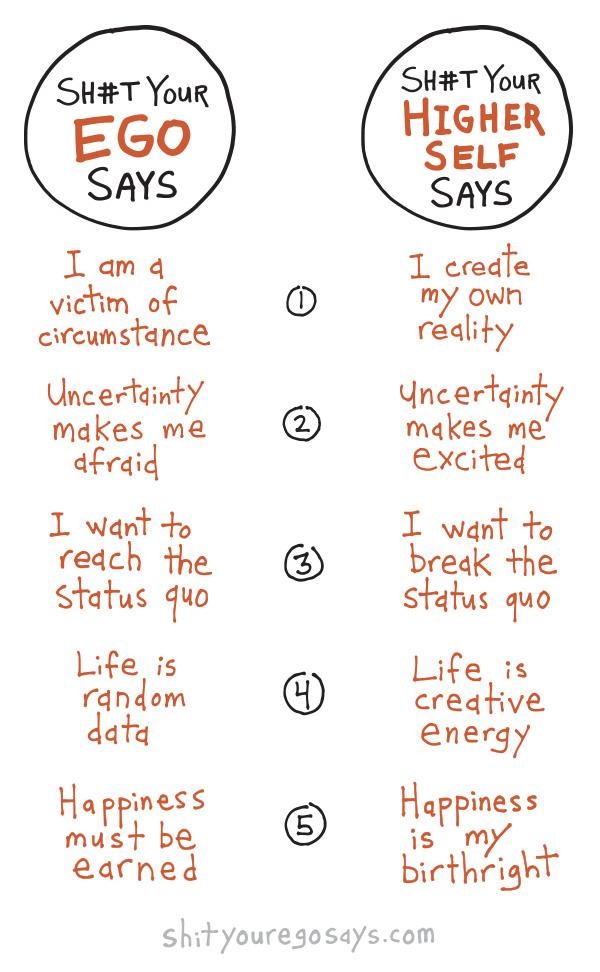 What began as my greatest failure became my greatest lesson. The uncertainty I had feared had created space for transformation. Sometimes, I realized, the universe wants us to pay attention to something that we are missing – in my case, the voice of my Ego – and will allow events to unfold that force us to pay attention. When we don’t resort to resistance and fear, we find purpose in every moment – the more difficult the moment, the greater the purpose. Think of your greatest struggle at this moment. How can this struggle make you stronger? What hidden powers do we hold that the presence of Donald Trump will force us to unleash?

Just as nature takes every obstacle, every impediment, and works around it—turns it to its purposes, incorporates it into itself—so, too, a rational being can turn each setback into raw material and use it to achieve its goal.” — Marcus Aurelius

The story of Sh#t Your Ego Says begins on Culebra but goes on to examine the Ego’s relationship to every facet of our daily lives, including career, love, sex, creativity, failure, the pursuit of fame, and following our dreams. When we trust the hand behind the curtain of uncertainty, instead of fearfully resisting the unknown, we discover our true strength.

Change is uncomfortable. But being stuck is more uncomfortable. The key is to remember that even when the odds are stacked against us, our presence is our most powerful weapon. Even in the face of great uncertainty, it is inner courage, not outer circumstances, that protects us.

As the world tumbles further into uncharted territory, I ask that we use this time as an opportunity to trust ourselves and know that there is purpose even in chaos. Do not fear evil, but rather trust the goodness within yourself to be a force field in tumultuous times.

Take what you are given and turn it into art. 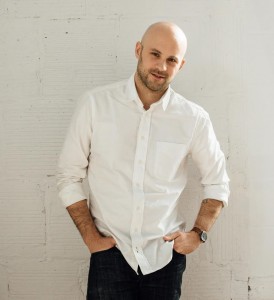 James McCrae is the Hay House author of Sh#t Your Ego Says and an award-winning strategist at the intersection of creativity, business, and mindfulness. He works with people and organizations around the world to unlock creative potential and turn imagination into results. An avid supporter of basketball, burritos, and yoga, James lives in New York City. www.shityouregosays.com