Vaccination: Your Body. Your Baby. Their Flu. 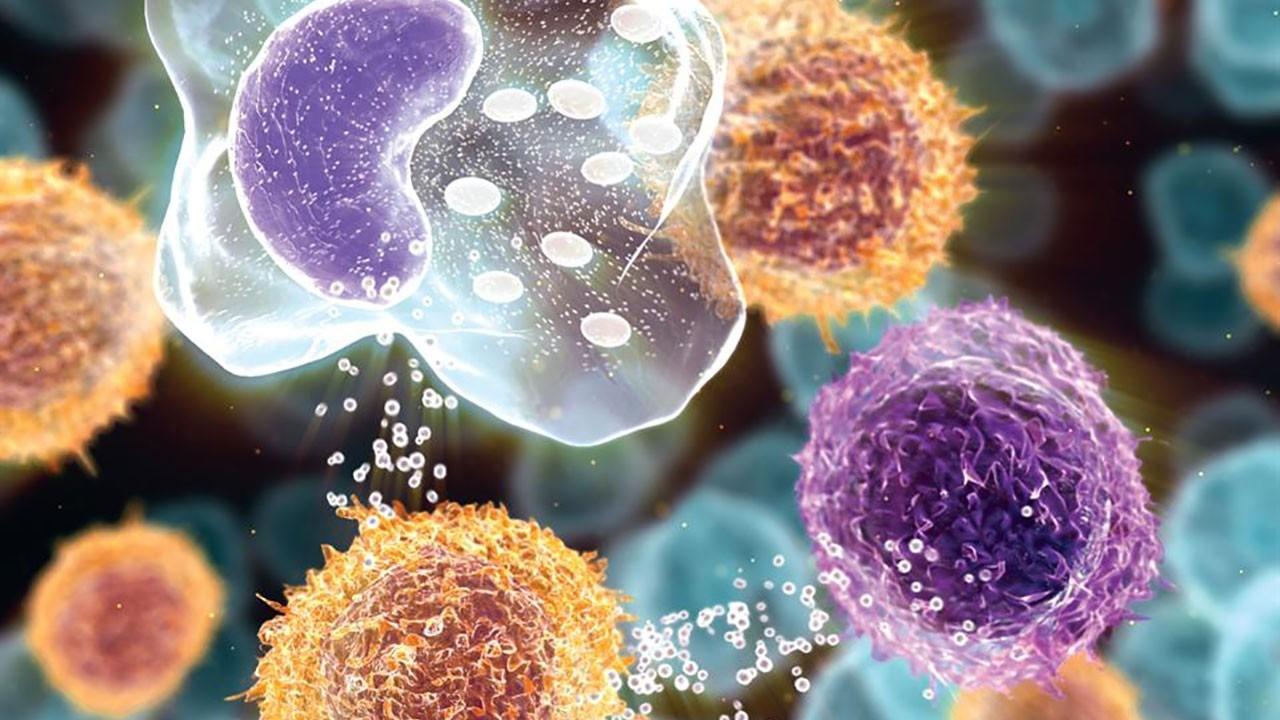 As a conventionally trained, dyed-in-the-wool psychiatrist, I learned that mental illness is a manifestation of an imbalance of brain chemicals that can be largely reduced to too little serotonin and/or norepinephrine, too little dopamine, or messed up excitatory signals at the membrane level. These deficits required pharmaceutical intervention for repair, just as one of my attendings once patronizingly said to an inpatient post-suicide attempt: if you had poor vision, you would need glasses. There would just be no way for you to navigate the world without those glasses no matter how much you wanted to.

I don’t believe this anymore. I’ve left the church and I’ve run into the woods where I’m listening to the sermons delivered by the natives there…those who believe in a natural order, in the body’s capacity to heal, in the sanctity of a clean environment, and in the interconnectedness of spirit, nourishment, and movement.

But this was a journey for me. I started to open my eyes during my first pregnancy, when I began my fellowship in treating pregnant and postpartum women. I learned how to consent them, and what informed consent really looked like, around treatment with psychotropics in pregnancy and lactation. Many of these women had been on medication for the better part of their adult lives and either found themselves pregnant, were planning to become, or developed symptoms despite treatment. I pored over the literature for hundreds of hours, memorizing authors and statistics, distilling complex analytic concepts, and building a rational path, with some forks in the road, for these women to travel. I helped them to understand the known risks, the unknown risks, the alternatives, and allowed them to assess the perceived benefits. This process would often culminate in a 90-120 minute session involving all and any interested family members and extensive communication with other providers – general psychiatrists, obstetricians, therapists, so that everyone was on the same page.

You can imagine that it began to rub me the wrong way when these very same patients would come in and casually mention that they had gotten a “flu shot," often without a single medical provider involved (at CVS!), no consent, no discussion. I didn’t know much about the flu vaccine other than that when I entered medical school, pregnant women and babies were in the “contraindicated” demographic. I also knew that doctors, residents and med students almost never got the flu shot voluntarily.

I began to look into the literature through my lens of best quality pregnancy data: a prospective cohort study, well-controlled, looking at outcomes during pregnancy, at birth, and up to 5-7 years of childhood age or longer. I investigated the ingredients (egg proteins and associated unidentified viral DNA from this animal tissue, the allergen gelatin, polysorbate 80 which crosses the blood brain barrier, the carcinogen formaldehyde, the detergent triton x100, sucrose, resin, the antibiotic gentamycin, and thimerosol/mercury) and found that no study has looked at the effect of injecting any one of the ingredients, let alone the combination.  I was hoping to find large studies done annually for each preparation assuming that if there were 25,000 cases in the literature of SSRI exposure, there must be at least that for something formally recommended to pregnant women. Herein lies the important philosophical leap: women are educated to avoid elective exposures to medication in pregnancy. When there is an indicated intervention, medical, pharmaceutical, surgical, the personal risks and benefits are weighed of treatment vs no treatment vs alternatives. But, here we have a one-size-fits-all recommendation with no risk-stratification according to immune status, personal medical history, genetic risk factors, or comorbidities. A formal recommendation of a category C intervention whose package insert states:

Who is blowing air into this trumpet? I think we know.

To this day, I remain appalled at the double-speak on the part of the CDC around this intervention that has been conclusively found to be ineffective and dangerous in the general population and is grossly understudied in the pregnant population. Here are some tidbits about vaccinating for influenza:

So, if we do not know true incidence because we are lumping pneumonia with presumed influenza and typically confirming neither by standardized diagnosis, we have evidence of inefficacy through Cochrane, through Kaiser, and even here at the Lancet where they admit that efficacy was “moderate”, “variable”, “reduced”, or “absent” depending on the season, then at what cost are we administering this intervention? Well, I’m just going to go ahead and assume that if there were even a one in a billion chance of life long paralysis or death, most people would take their chances with a week of the flu instead. And these are obvious adverse events.

Perhaps the most concerning study I came across implicated the influenza vaccination in a strong inflammatory response in the pregnant woman. Here, the investigators identified significantly elevated CRP two days after vaccination and a similar (but non-significant) pattern for TNF-alpha. They address the notion of vulnerable subgroups as being more important than generalizable findings.  For example, the most depressed women at the time of vaccination exhibited an increased inflammatory response to vaccination – suggestive of inflammatory priming by the depressed state or an impairment of the inflammatory attenuation that is typical of a pregnant state. I study and lecture nationally about the inflammatory underpinnings of antepartum and postpartum mood and anxiety disorders. Inflammation in pregnancy is something I am not interested in actively promoting. If a woman’s real risk of developing severe flu is vanishingly remote, comparing that to active exposure to a CRP and IL6 elevating injection approximates malpractice.
This immune activation has been implicated, not only in development of postpartum depression, but in abnormal child behavioral development including autism and schizophrenia. IL6, the very cytokine that was specifically raised by the flu vaccine, is the one that has been implicated in rodents in abnormal behavior in offspring. In this study, the H1N1 vaccine (a popular version since 2009) was found to induce oxidative stress (the driving force behind every chronic disease we now struggle with as a population). In a study by Munoz et al intended to affirm the safety record of influenza vaccines in the pregnant population, careful review of the results indicates that infants who died after birth were not included in the statistical analysis that determined there was no risk to offspring, and vaccinated women suffered higher rates of preeclampsia, gestational diabetes, and hypertension (all inflammatory in nature).

Maternal infections may promote a similar (or worse depending on biochemical individuality) inflammatory response and have been associated with the development of schizophrenia and cerebral palsy in children exposed in utero, but if the vaccine is not only ineffective at preventing infection, but promotes its own inflammatory response, and potentially other acute and long-term adverse effects, what are we doing here?
As Ayoub and Yazbak conclude:

“Because the benefits of influenza vaccination during pregnancy appear lacking, a safety-benefit analysis should not tolerate any risk to vaccine recipients or their offspring, even at a theoretical level.”

A red flag was also raised for me, this past flu season when I received a Department of Health advisory in my inbox that stated that pregnant woman may be given thimerosol containing immunizations in the setting of a thimerosol-free vaccine shortage. Tough to make sense of the prohibition of tuna, but the injection of 25 mcg of ethylmercury (the EPA’s allowable limit is 0.1ug/kg/day which is far exceeded by this amount in an average weight female) into the tissue of a woman growing a fetus. Especially when the only primate study that has ever been done on vaccines demonstrates that injection of neonates with thimerosol resulted in definitive abnormal neurodevelopment in these animals.

Mercury has been dubbed the most toxic element on the face of the earth. Any agency that sanctions its active delivery to the most vulnerable in our race is not one I plan to follow blindly. I encourage my patients to do their own homework on all of the exposures that their bodies encounter.

My homework on this one left me thrilled that I know of other ways to promote immunity and resilience, and have never had the flu in my life despite more than 13 years of hospital exposure and 4 years of parenting. Sleep, stress-management, whole, colorful, and fermented foods, garlic, ginger, vitamin C, sunshine (or NYer’s sunshine – vitamin D3), a high quality multivitamin/mineral to compensate for any nutrients lost in transit and used up in managing toxic exposures. There’s a better way.

This better way embraces periodic sickness as part of comprehensive wellness. The only way to truly protect ourselves and our infants is through natural immunity bolstered by wild-type exposure in the community. Once you have a particular flu strain, when it comes around again, you will be uniquely protected, and you will pass on this protection to your newborn. There is no replacement for this. We cannot outsource our health to pharmaceutical companies. They just don’t know what health is.