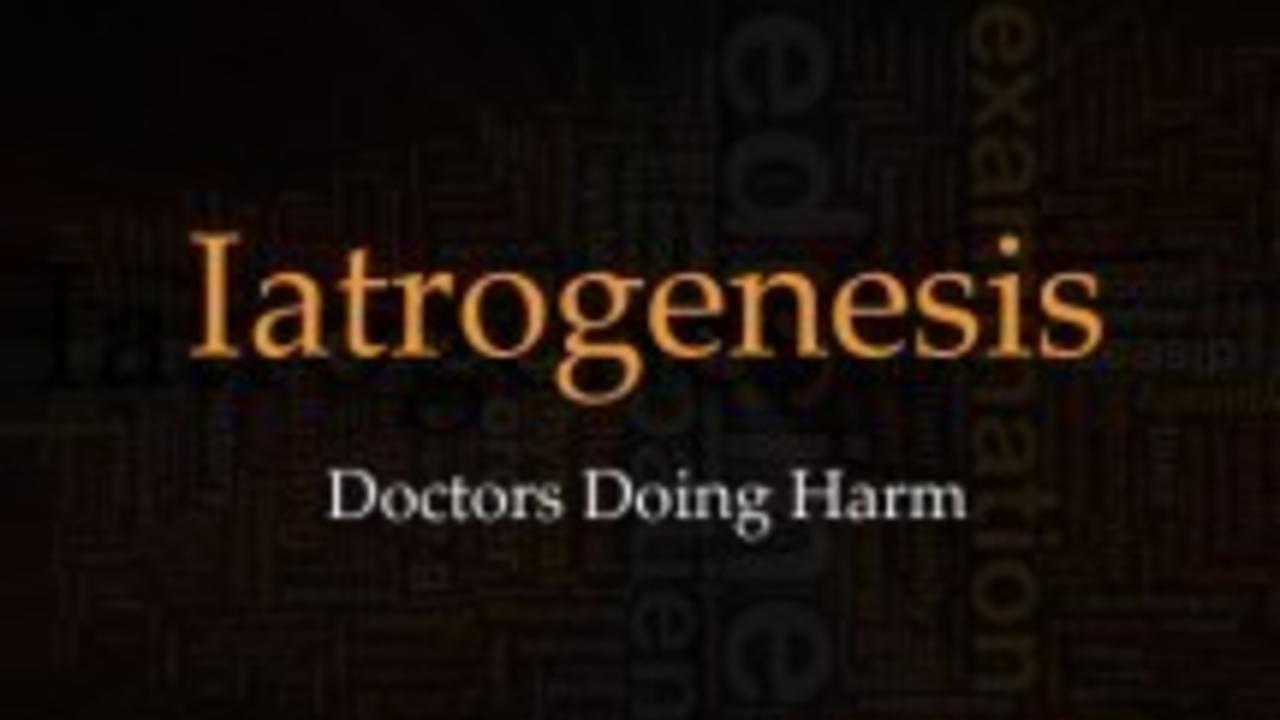 Ignaz Semmelweiss, a 19th century Hungarian physician was beaten to death by asylum guards. He was committed there because he attempted to get obstetricians of the day to wash their hands before attending births (often coming from other surgical procedures and patient interactions). Despite a literature that supported the utility of this practice, doctors were offended, and ridiculed Semmelweiss who was, at least partially vindicated with the advent of the now quite limited germ theory.

By and large, doctors are not bad people. They work hard. They are often people-pleasers (or once were). They put blood, sweat, and tears into their expensive and seemingly endless training. It's not their fault that industry is pulling the strings and that their education is bought.

What is their inexorable responsibility, however, is appropriate informed consent.

Learning the truth, what the literature shows, let alone mountains of patient anecdotes, about adverse effects of pharmaceutical products, is every physician's ethical responsibility. Industry efforts to obscure, suppress, and manipulate data are Herculean. Beholden, not to you, but to their shareholders, pharmaceutical companies are doing their best to protect their bottom line. And the revolving door between Pharma and government, including the CDC, makes for a fox guarding the hen house racket.

What I have found most extraordinary is the efforts on the part of the establishment, not just to deny iatrogenesis - or doctor-induced harm - but to leverage adverse outcomes toward further pharmaceutical recommendations.

Let me give you two examples.

1. Vaccines are pharmaceutical products. They are the only products in the world, however, that are acknowledged to cause injury and death (3+ billion paid out by the highly impenetrable vaccine court since its 1986 inception), recommended to every human alive, and also for which manufacturers and doctors are completely indemnified. This means that the growing pubmed data set on incidences of encephalitis, allergy, autoimmunity, neurodegeneration, anaphylaxis, and death is acknowledged, but the financial interests of the company (which would fold under lawsuits and almost did prior to the 1986 legislation) are put before your well being.

It's very hard to acknowledge that doctors are doing harm. That our government is overseeing it. It's so hard, that parents, in sweeping throngs of Stockholm Syndrome victims, come to the vitriolic defense of the status quo. One that has repeatedly demonstrated to us its propensity for gross error. Remember doctors recommending smoking? Remember the 60,000 who had to die before Vioxx was pulled from the market? Remember forced sterilization? How about the 19.2 billion that Pharma has paid out in the past 5 years alone for criminal and civil penalties?

So, despite this backdrop of corruption, and despite growing evidence of unpredictable effect without efficacy, outbreaks despite near-complete vaccine uptake are blamed on "not enough treatment" and more clearly ineffective vaccines are added to the schedule which is why we have now 6 pertussis shots before age 6, and outbreaks are still occurring.

So it's a vicious cycle: 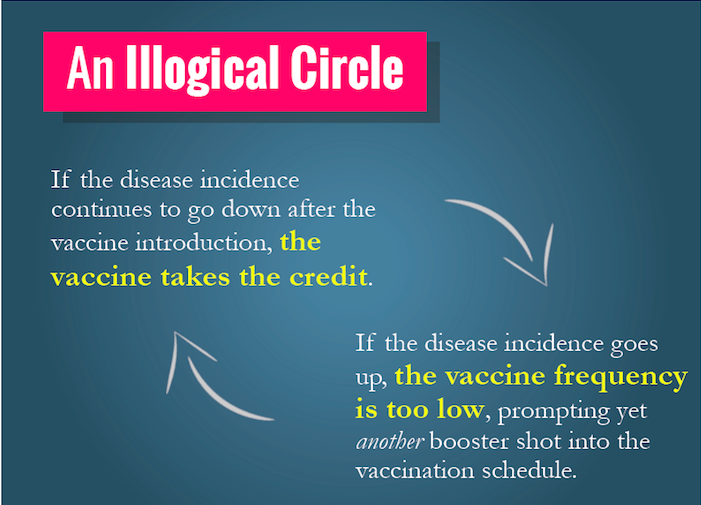 2. You'll recognize a similar pattern in psychiatry. Perhaps you've heard of Andreas Lubitz, the German pilot whose suicide carried a death toll of 150. While the details are still being unearthed, those of us questioning of psychiatric standard practice could smell the smoking gun of his "treatment" the moment the news hit. Despite industry's decades of effort to paper over a signal of homicide and suicide in the antidepressant literature, the signal is there and it dwarfs any known risks of depression and anxiety. According to Dr. David Healy,

Whatever the risks of suicide or homicide linked to such anxiety or depressive states might be, in clinical trials antidepressants close to double them – and not just in younger adults. They do so by causing psychosis, or by producing an agitation laced with suicidal or homicidal thoughts, or by producing an almost lobotomized state in which people will do things they would ordinarily never do, or by increasing blood alcohol levels if the person has had a drink.

In an analysis of 47 available reports of pilots crashing while on antidepressants, it is apparent that the investigative establishment does not know about the potential for antidepressants to cause these behavioral abnormalities. Nor does it acknowledge the role of withdrawal in new onset neurologic and behavioral symptoms.

...there are many people in the pharmaceutical industry who have known for a long time that something like this can happen on their medication and they have done nothing to put in place systems to manage these risks or to dismantle the system that gives rise to risks like this at a much greater rate than we should have to tolerate.

Instead of holding this tragedy up as a potential instance of adverse outcomes, with evidence-based precedent, it will likely inspire demands for more mental health "awareness" and better access to "treatment".

Until we connect these dots, however, and until doctors are made aware of the breadth of data implicating the safety (and efficacy) of their recommendations, the chain will remain unbroken. Once you learn about the role of ghost-writing, data suppression, and manipulation in creating an illusion of efficacy, and once you learn about the available literature raising a signal of grave and often irreversible harm, you will never consider these pharmaceutical interventions as the innocuous vitamins they are touted to be. Then you can engage in true informed consent.