Homicide and the SSRI Drugs Alibi 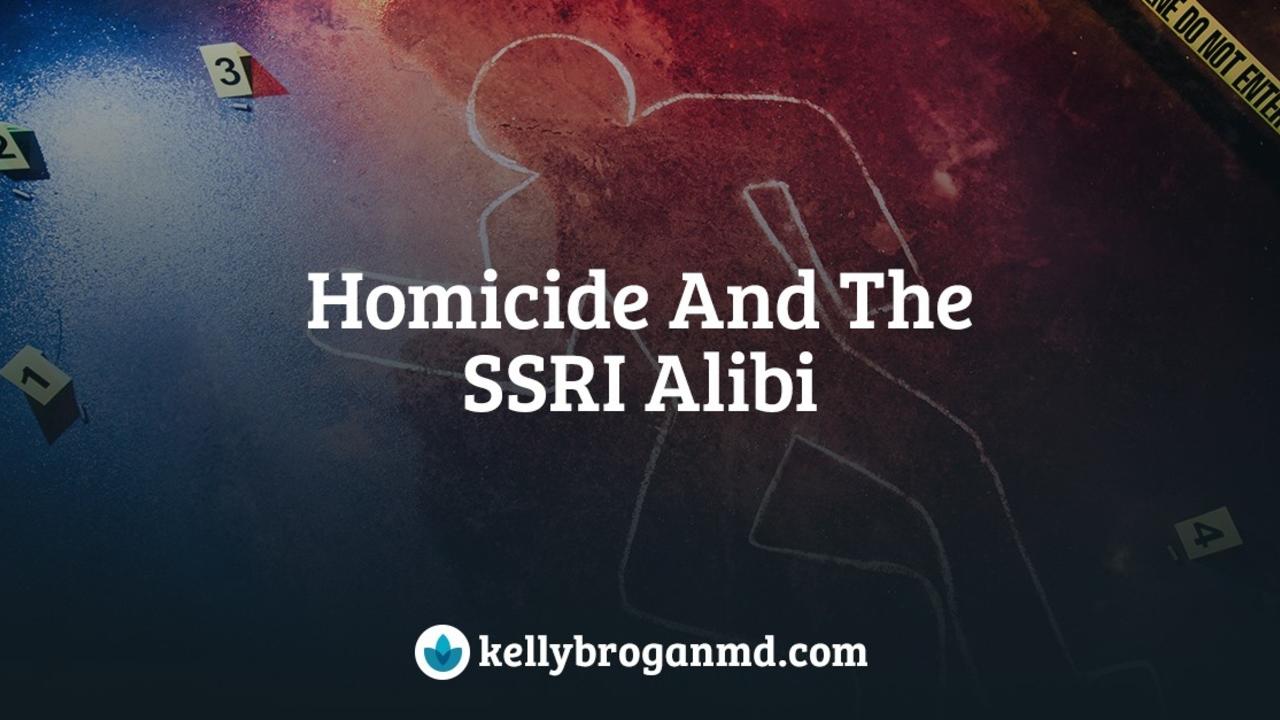 What kind of a person would murder their own children? A sociopath, right? A deranged menace to society who deserves to be removed from society for life.

What if I told you that this person could be you, just one psychiatric medication prescription away from who you are today.

With a bottle of Seroquel nearby, Sofya Tsygankova, was found at the scene of her own children’s violent murder in Texas today. There is an untold story of the vast and irreversible risks of psychotropic drugs, doled out to millions, without any rigorous diagnostic procedure, any screening for risk vulnerabilities, or any true informed consent about what is known around the amplified benefits and the suppressed risks of these interventions.

We have been told a story about mental illness – that it is a likely heritable disease that strikes at some point in a patient’s life, never to be undone, requiring permanent medication treatment.

The truth is that what we are calling mental illness – from panic attacks to depression to psychosis – are symptoms of mismatch with lifestyle. These symptoms can result from physiologic imbalances (think thyroid or food intolerances), psychospiritual imbalances (think overwhelming job or abusive marriage) and are modern day syndromes that essentially invite us to revisit our day-to-day lives.

Psychiatric drugs have been exposed for their inflated claims as far as outcomes go. They don’t work the way we have been led to believe they do. They are chemicals that are habit forming, and have unpredictable risks. In fact, it is a Russian Roulette as far as the data shows, for severe and irreversible adverse effects.

One 2011 study by Lucire and Crotty examined 10 patients with variants in a drug metabolizing liver enzymes who committed homicide (primarily of children and family members) after being started on psychiatric medications. They returned to their baseline personalities after medication discontinuation highlighting the intoxication effects of these chemicals. One of these cases should have led to the ban of the entire class of medications. Unfortunately, not much has been done with this information and you probably haven’t heard a whisper about this particular paper.

You may not know that there is also a database called SSRIstories.org where these media-making cases of SSRI-induced violence and impulsivity are documented including school shootings, kamikaze plane crashes, and infanticide. You might think this is rare. You might think that these people are “mentally ill” so obviously they are on medication. The truth is that pharmaceutical companies have been working overtime to suppress a signal of harm around suicidality and violence with these psychiatric medications – coding negative outcomes in short-term trials as “emotional lability”, punting those cases to the placebo group, and otherwise discounting impulsive violence that populates the treatment arms of drug trials.

Part of the reason that you may be surprised to learn about this dark underbelly to psychiatric medication treatment is because you’ve been kept in the dark.When Andrew Thibault began to research the safety of a stimulant drug recommended to his son, he entered a rabbit hole he has yet to emerge from. After literally teaching himself code to decrypt the data on the FDA Adverse Event Reporting System website, he was able to cull 2000 pediatric fatalities from psychotropic medications, and 700 homicides. A Freedom of Information Act and a lawsuit later, he continues to struggle with redacted and suppressed information around 24 homicides directly connected to the use of psychotropics including the homicide by a 10 year old treated with Vyvanse of an infant. Another case, ultimately recovered, involved statements from a 35 year old perpetrator/patient, who murdered her own daughter, as directly implicating as “When I took nortriptyline, I immediately wanted to kill myself. I’d never had thoughts like that before”.

Sometimes, when we are working with a blunt instrument, in the form of a psychotropic medication, doing something is far more dangerous than doing nothing. Robert Whitaker has demonstrated this in his analysis of long-term exposure to psychiatric medication resulting in unequivocally worse outcomes than no treatment at all.

It’s time to start taking these medications seriously and seeing them for the brain and body-altering chemicals they are.

Until we know more about whose life might be irreversibly and irrevocably altered by even a single dose of psychiatric medication, we must honor the physician’s oath to first do no harm. This looks like asking why a patient is struggling and entering with support and lifestyle changes that can offer relief within days to weeks – all without a single side effect.