Confessions of a Renegade Psychiatrist 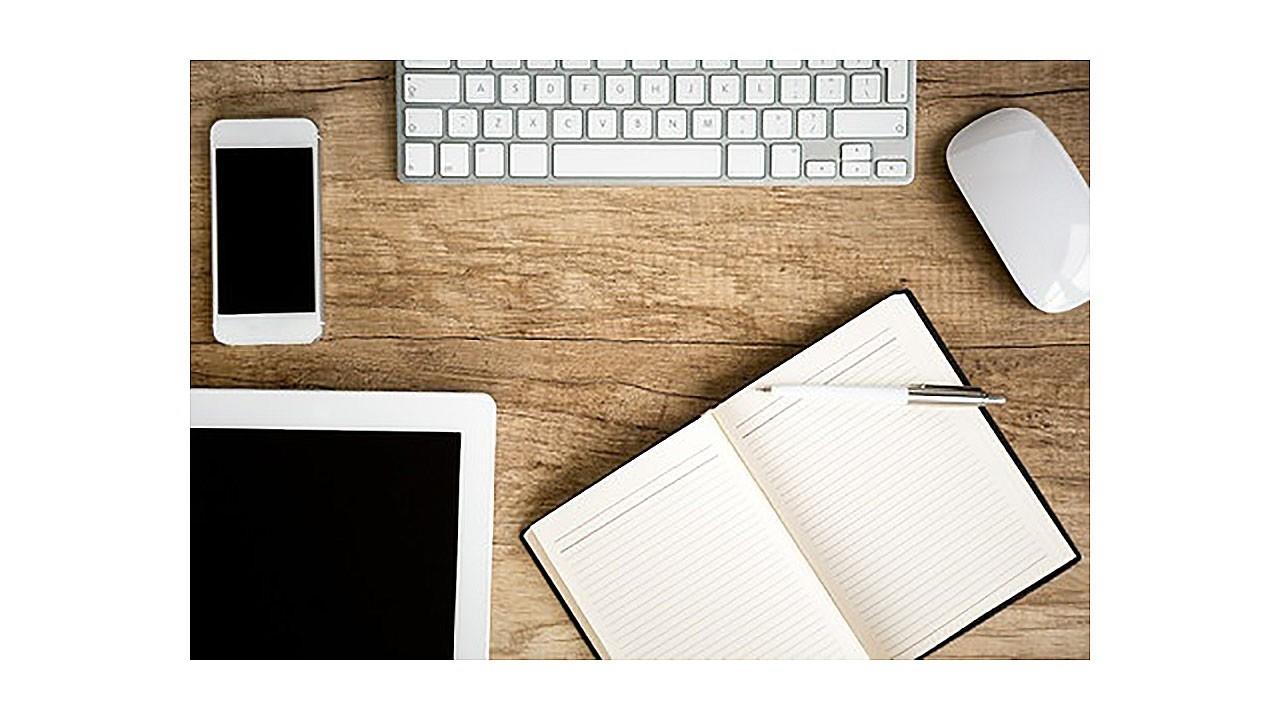 I felt this sensation in the pit of my stomach – it was a combination of sympathy and anger – listening to Annie tell me, through tears, about her postpartum journey into the world of psychiatry.

Three separate psychiatrists dismissed me when I expressed concerns about taking an addictive medication like Klonopin.  It’s been two years, I can’t get off it, I’m on 4 psych meds and I feel worse than I ever did before I started this treatment.

Annie was ushered into the promise-filled halls of psychiatry 3 months after the birth of her first baby when she began to experience racing heart, insomnia, vigilance, irritability, and a host of physical complaints including joint pain and hair loss.  No one did bloodwork, asked about her diet, or cared about any of the myriad observations about her body and its changes in functioning.  This was a “head-up” intervention. I believe women deserve better.  People deserve better.

Most patients who come to me for treatment of depression and anxiety do so because they want answers.  They want to know WHY they are struggling. The closest they will be offered by their prescribing psychiatrist or primary care doc is some reductionist hand waving about serotonin imbalances.  I think it is time to speak to these patients with respect, truthfulness, and to offer them more than a life-long relationship with a pill (or pills as it will inevitably become over the years).  First, let’s review some basics:

Depression is Not A Serotonin Deficiency

Thanks to direct-to-consumer advertising and complicit FDA endorsement of evidence-less claims, the public has been sold an insultingly oversimplified tale about the underlying driver of depression.  Here’s how we know depression is not a serotonin deficiency corrected by Zoloft:

You might wonder: Well, then how is it that antidepressants are a billion dollar industry and I have all these friends who are so much better on them?  Some pioneering individuals have investigated the data supporting antidepressant efficacy and have made compelling arguments for what is called the “active placebo” effect accounting for “breaking blind” in placebo-controlled trials.  In short, the expectation of relief and subsequent change in symptoms experienced by “responders” is related to perception of side effects. This analysis suggests that antidepressants may only have 10% efficacy above and beyond the placebo effect.  When you also consider the suppression of negative studies (permission of sedatives in trials, replacement of non-responders, and allowance of placebo washout) by pharmaceutical companies, you may start to worry that you have been sold a bill of goods.  When inefficacy, long-term risks, increase in suicidality and violent behavior are taken into account, it is a marvel to observe the star-power of these medications.

What Is It Then? Inflammation!

Inflammation is a buzzword, and a 41 million+ Google hit for a reason:  it appears to underlie just about every chronic disease plaguing Americans today.  A contribution of genetic vulnerabilities likely determines who develops heart disease or cancer or obsessive compulsive disorder, but many researchers are convinced that depression may have a significant inflammatory component.  Just as a fever is one of your immune system’s mechanism for eradicating intruders, suppressing a fever, in no way, serves to resolve the underlying infection or to support the body’s return to balance. Similarly, suppressing symptoms of depression does not achieve rebalancing, and will likely result in the Whack-a-Mole phenomenon of shifting symptoms, and protracted resolution.

There appears to be a specific subset of non-responders to medication who have measurable markers of inflammation as explored in this study. We know that medications such as interferon given to patients with Hepatitis result in significant levels of depression and even suicide, and we know that anti-inflammatory agents such as infliximab or even aspirin can result in resolution of symptoms.  Investigators like Miller and Raison have discussed, in a series of wonderful papers, the conceptualization of depression as “sickness behavior” with accompanying social withdrawal, fatigue, loss of appetite, decreased mobility.  Recent meta-analyses have identified at least 24 studies which have correlated levels of inflammatory cytokines like CRP, IL6, and TNFalpha with states of depression.

What causes inflammation in the body that can affect the brain?  This is the subject of an excellentbook, and, it turns out the list is long, but these are the contributors that I see most commonly in my practice:

It’s in almost every packaged food.  Seriously.  Look for it and you will find it. It may come with different labels – cane sugar, crystalline fructose, high fructose corn syrup – but it’s all sugar.  The way the body handles fructose and glucose is different; however, which may account for why fructose is 7x more likely to result in glycation end products or sticky protein clumps that cause inflammation. In addition to the above mood and anxiety rollercoaster, sugar causes changes in our cell membranes, in our arteries, our immune systems, our hormones, and our gut as I discuss here.

Gluten, soy, and corn have been identified as allergenic foods and a leading speculation as to how these foods became and are becoming more allergenic is the nature of their processing, hybridization, and genetic modification rendering them unrecognizable to our immune systems and vehicles of unwelcome information.  Gluten (and processed dairy), when incompletely digested, result in peptides that, once through the gut barrier can stimulate the brain and immune system in inflammatory ways.

The epidemic incidence of autoimmune disorders in this country is a direct reflection of environmental assault on our system.  The body’s ability to determine self from other starts with the gut and our host defenses there.  Unfortunately, it doesn’t end there because autoimmune disorders typically have psychiatric manifestations.  This makes sense – the body’s immune system is misfiring, and the immune cells of the brain (called microglia) are following suit.  Beyond rampant inflammation, autoimmune disorders such as Hashimoto’s thyroiditis (morehere) also result in symptoms related to damage to tissues.  Low or erratic thyroid function can cause anxiety, depression, flattened mood, cloudy thinking, metabolism changes, and fatigue.  Sometimes even the presence of immune system misfiring can predict depression as was noted in this recent study where women with thyroid autoantibodies in pregnancy went on to develop postpartum depression.

Before You See A Psychiatrist

Do a 30-day diet overhaul.  If you feel committed to the cure, eliminate these provocative foods: corn, soy, legumes, dairy, grains.  What do you eat?  You’ll eat pastured/organic meats, wild fish, eggs, fruit, vegetables, and nuts/seeds.  If this is not revolutionary, then you may be someone for whom nightshade vegetables, nuts, or eggs are inflammatory.  If that seems entirely overwhelming, then start with dairy and gluten.  If that is too much, then gluten is my top pick.

Here are some top therapeutic foods:

Introduce 1-2 tablespoons of virgin coconut oil to give your brain an easy source of fuel that does not require significant digestion.  When your brain is inflamed and your sugar is out of balance, your brain cells end up starving for nutrients to make energy.  This can be an effective shortcut.

I use this spice in therapeutic doses, but it has recently been demonstrated to be as effective as Prozac. If you cook with it, use pepper and oil (red palm, coconut, olive oil, ghee) for enhanced absorption.

Naturally fermented foods like sauerkraut, kimchi, and pickles as well as kefir and yogurt if you are dairy tolerant are a source of beneficial bacteria that can retrain the gut to protect you from unwanted pathogens.  A recent study demonstrated that these bacteria can, indeed, affect brain function.

Here’s an important way to call off the dogs of your immune system.  Give it less stimulation.

I have developed an appreciation of the body’s ability to work towards balance when obstacles are removed.  An important obstacle is the stress response that is activated by many of the above factors as well as perceptions of busy-ness, lack of downtime and community support, and trauma.  Take 10-20 minutes a day (or even 2!) to promote the relaxation response by breathing in with a count of 6 and breathing out with a count of 6.  Imagine the air flowing in and out through your heart and cultivate a feeling of gratitude.  The benefits of this practice have been well-studied by Heartmath Institute.

Psychiatry has long suffered from pseudoscience and propaganda.  From an embarrassing history of pathologizing human behavior, applying crude “treatments”, and imposing beliefs about societal welfare on vulnerable populations, we haven’t come very far in the past century.  Incidence of mental illness is rising, partly from changes in diagnostic criteria, commercializing mental illness, collusion between doctors and patients around the “quick fix”, and partly because our bodies and minds are crying out in protest about this toxic world we live in.  Take control of your body to heal your mind – take back your health and bear witness to the power of a lifestyle renaissance.

This post originally appeared on Green Med Info as Confessions of a Renegade Psychiatrist.