Vitamin B12 Deficiency: A Trigger for Depression and Anxiety? 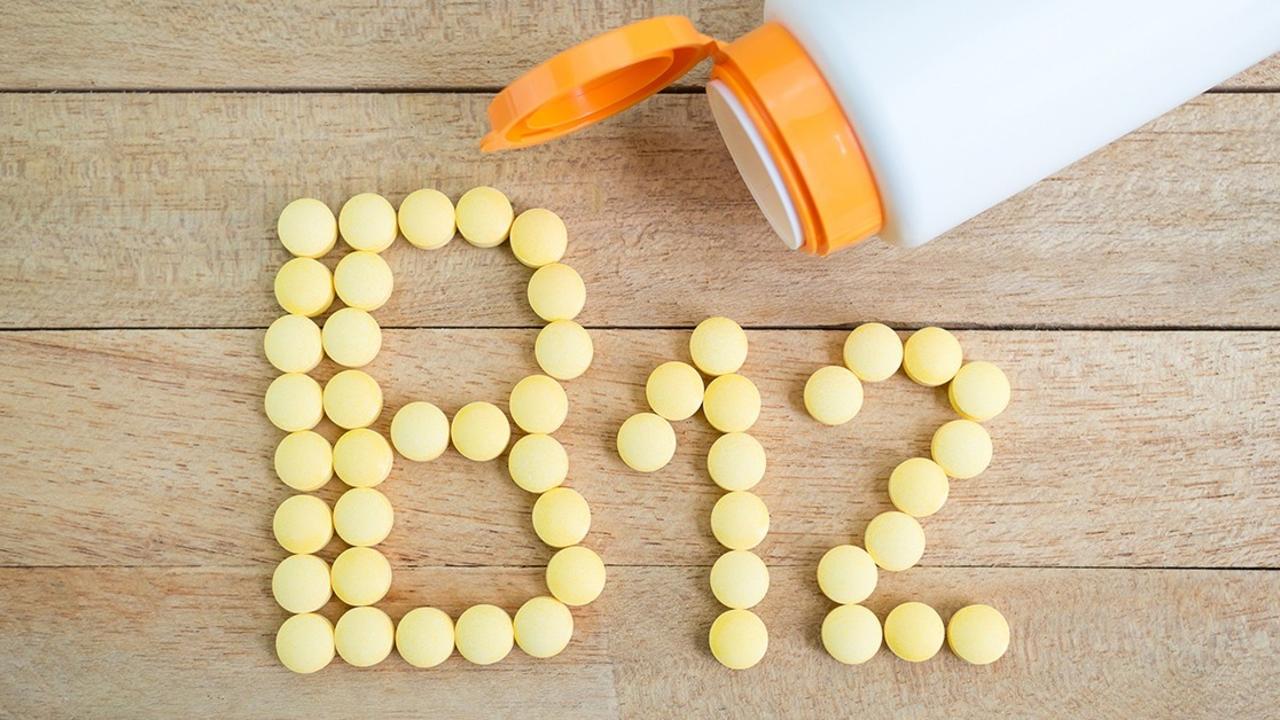 Depression, Anxiety: All In Your Head?

One of the most remarkable papers I have read in the psychiatric literature was about a 57 year old woman who was treated with months of both antipsychotic and antidepressant medications and given two rounds of electroconvulsive treatment before anyone bothered to check her vitamin B12 level.

Her symptoms were years in the making including tearfulness, anxiety, movement abnormalities, constipation, lethargy, and eventually perceptual disturbances (hearing her name called) and the ultimate in severe psychiatric pathology: catatonia. Despite her inpatient treatment, she remained suicidal, depressed, and lethargic.

Within two months of identifying her deficiency, and subsequent B12 treatment, she reverted to her baseline of 14 years previous, and remained stable with no additional treatment.

If this is not a wake up call to the average psychiatric prescriber, I’m not sure what is. Much of what we attribute to serotonin and dopamine “deficiencies” melts away under the investigative eye of a more personalized style of medicine that seeks to identify hormonal, nutritional, and immune imbalances that can “look” psychiatric in nature.

How Can B12 Impact Brain Health?

B12 supports myelin (which allows nerve impulses to conduct) and when this vitamin is deficient, has been suspected to drive symptoms such as dementia, multiple sclerosis, impaired gait, and sensation. Clinically, B12 may be best-known for its role in red blood cell production. Deficiency states may result in pernicious anemia. But what about B12’s role in psychiatric symptoms such as depression, anxiety, fatigue, and even psychosis?

The one-carbon cycle  refers to the body’s use of B vitamins as “methylators” in DNA synthesis and the management of gene expression. There are three concepts that relate to B12’s role in chronic, long-latency neuropsychiatric syndromes:

How Do We Test for B12 Deficiency?

There are few empirical treatments, meaning treatments that apply to everyone, in functional medicine, but I believe B12 to be one of them, particularly in light of the fact that some 2/5ths of the population present with severe deficiency. Testing is available, and most data on deficiency has relied on blood levels, with deficiency defined as being below 150-200 pg/ml. It turns out that testing for deficiency by blood level is not always a reliable indicator of what is going on in the brain, or functionally, in the body.

An important study in women identified markers of B12 deficiency in 27% of depressed patients by using methylmalonic acid  instead of B12 levels. Relatedly, an excellent review of clinical improvement with B12 treatment speaks to ten studies which demonstrated “normal” B12 levels, often finding mean levels in the 3-400pg/ml range (but never above 600) in patients with fatigue, sleep disorders, depression, and dementia.

Correlation with cerebrospinal fluid levels is also inconsistent, including in cases of postpartum depression where women improved with empirical application of B12. High copper levels – potentially caused by zinc deficiency – postpartum have been associated with depression and may effectively impair B12 transport. Utilization of a given vitamin is more clinically relevant than its sufficiency, and for this reason, two tests have been proposed as reliable surrogate markers:

Screening for signs of anemia (megaloblastic) is no longer reliable because of wrong-headed recommendations that toxic foods like flour be “fortified” with synthetic folic acid. For those unable to metabolize this synthetic compound, levels may build up with unknown consequences, but at least one study suggests deleterious effects including immune impairment. Additionally, folic acid may “mask” B12 deficiency by correcting for blood changes without actually allowing for the one-carbon cycle to proceed as it would like to.

B12 Deficiency: A Trigger for Depression and Anxiety?

Once it is established that a patient has overt serologic evidence of deficiency (in blood) and/or they respond to treatment, we must ask how they became deficient in the first place. Here are some considerations:

This is the fancy term for low stomach acid, something which sometimes occurs in the setting of low thyroid function, chronic stress, aging, and most salient to a recent (December 2013) paper – acid blocking medications. A Common Scenario A patient is eating foods that they are unable to properly digest and that promote local inflammation, further perpetuating poor digestion and transit. These may include processed dairy, foods fried in vegetable oils, and cereal grains. The patient experiences the reflux of this poorly mobile, poorly digested sludge, or chyme, as a sign that they have high stomach acid.

They are put on a medication (or buy one over the counter) that has never been studied for long-term use, and that population-based observational studies link to pathogenic overgrowth of bacteria, fracture, and nutrient deficiency. Why? Because stomach acid is critical for triggering digestive enzymes along with an escort called “intrinsic factor” for B12 absorption and managing local microbial populations.

If this patient’s B12 deficiency and digestive imbalance goes unattended, they will likely develop symptoms that will earn them a prescription for an antidepressant, and the medications start to pile up.

The aforementioned paper, Proton Pump Inhibitor and Histamine Receptor 2 Antagonist Use and Vitamin B12 Deficiency, was a case control evaluation of 25,956 patients on acid-blocking mediation, which found that 12% of those taking these medications were deficient in B12 at a two year evaluation, and that the higher their daily dose, the stronger the association. We’ve already reviewed the false negative rate of this blood test for B12 sufficiency, so we can only assume that many more of those pill-popping patients were suffering from the effects of deficiency that was not detected.

Animal foods are primary sources of B12, although algae and fermented foods may represent promising options for some diligent individuals. Stores deplete over time, and deficiency-related symptoms may present long after dietary restriction. Carefully sourced animal foods are also a unique source of pre-formed fat soluble vitamins, creatine, choline, and carnitine.

One of the possible mechanisms of deficient B12 absorption is pernicious anemia, an autoimmune response to parietal cells, associated with atrophic body gastritis in the stomach. H. pylori infection and associated molecular mimicry are thought to represent a plausible trigger.

The powerful synergy of gluten-containing and genetically modified processed foods may have an impact on everyone’s guts, not just those people with biopsy-confirmed Celiac disease. In fact, the biopsy is fast losing position as the gold standard diagnosis because of extraintestinal manifestations of gluten immune response that don’t cause observable changes to the small intestinal villi (joint pain, or rash, or gait-instability without obvious gut symptoms). In these individuals, the innate immune system responds to gluten in these grains, and food fragments may pass into the blood stream through zonulin-gated tight junctions. Direct damage to the cells in the small intestine may result from whole grain foods with high amounts of inflammatory lectin.

Genetically modified corn may be playing a part in small intestinal villious changes as demonstrated in this study, in mice consuming corn oil. There is also reason to believe that Bt-toxin from Monsanto’s GMO corn plays a role in intestinal permeability as it was found in the blood of 93% of pregnant women and 80% of their fetuses. The herbicide itself also changes the existing flora, preferentially killing beneficial bacteria, and potentially allowing for growth of pathogenic microbes in the small intestine.

Notably, Metformin, the blood sugar regulating medication, has been demonstrated to be a risk factor for deficiency, a fact that few patients are informed of before complying with their prescribed treatment.

When treating B12 deficiency, while the underlying cause is being investigated, use of an activated form of the vitamin is recommended, and preferentially effective at improving levels. Cyanocobalamin is a synthetic form of B12 that has been bound to a cyanide molecule (nice!), while hydroxy, adeno, and methyl are all forms of B12 that are active, natively, in the body.

There is a debate over the comparative efficacy of injectable vs oral dosing, and it has been my clinical experience that injectable dosing yields a more robust and reliable clinical effect. Dosing is typically 1000mcg-5000mcg 2-3x times/week for one to two months depending on patient characteristics and response. Consider the power of this vitamin. Respect its necessity and protect your body’s access. It may very well be the last antidepressant you’ll ever need.

This perspective on the role of B12 in mental health was recently featured on Mercola.com in an article entitled Long-Term Use of Proton Pump Inhibitors and Other Antacids Can Cause Vitamin B12 Deficiency.